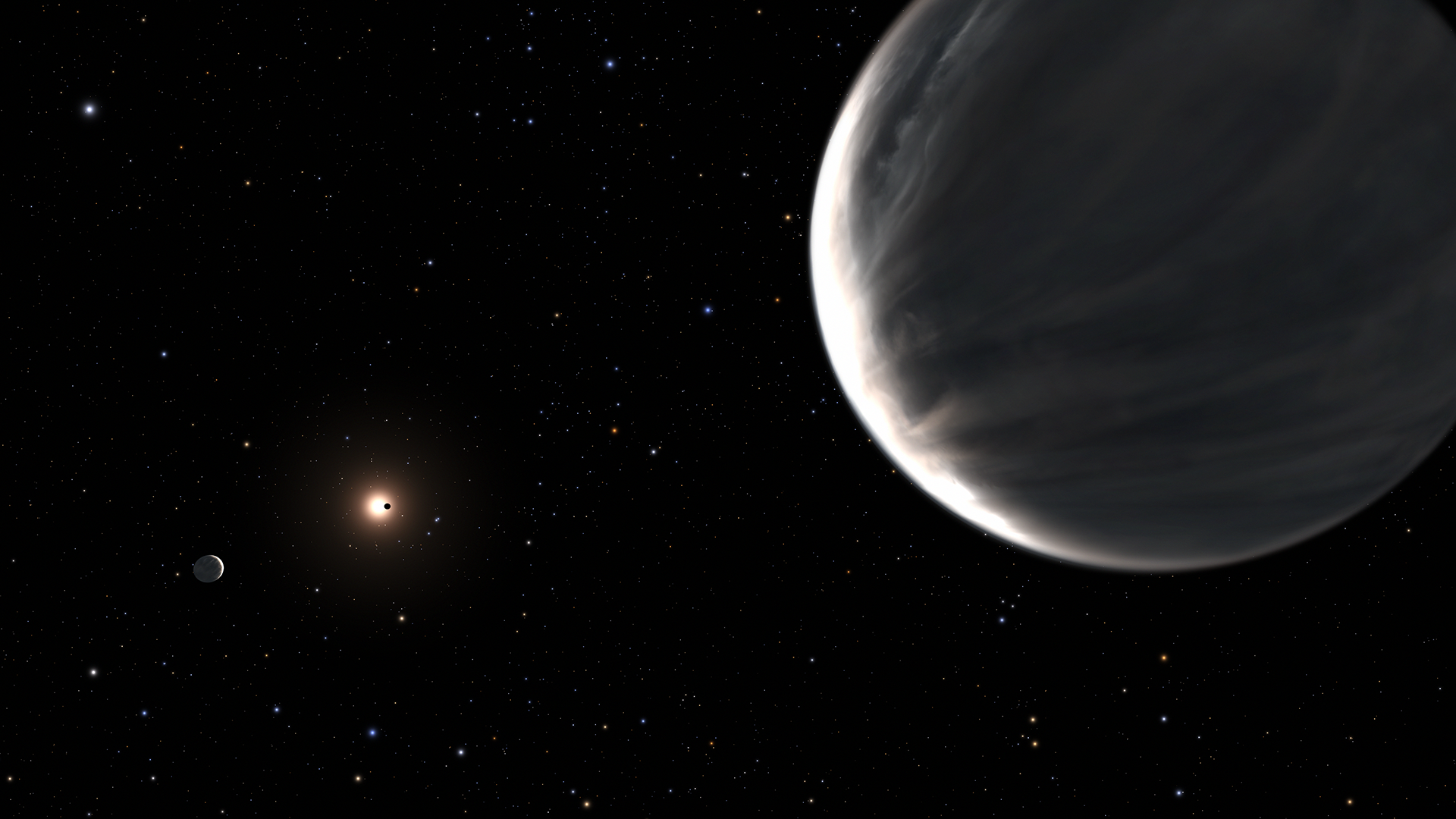 Using data from NASA’s Hubble Space Telescope and retired Spitzer Space Telescope, a group of researchers has discovered two exoplanets that may be largely comprised of water. Located around a red dwarf star 218 light-years away, the two planets are low in density.

Furthermore, the researchers, led by Caroline Piaulet of the Trottier Institute for Research on Exoplanets at the University of Montreal, found evidence of an additional planet that orbits in the red dwarf’s habitable zone — which is the orbital region around a star wherein a planet can possess liquid water and other conditions suitable for life.

Though water was not directly measured or observed within either Kepler-138c or -138d, Piaulet et al. compared the sizes and masses of the exoplanets to computer models. Doing so, the team concluded that up to half the volumes of Kepler-138c and -138d are likely comprised of materials that are both lighter than rock and heavier than hydrogen and helium.

These types of materials are found in numerous gas giant planets like Jupiter and Saturn, with the most common being water.

One of the planets in the Kepler-138 system is quite special: Kepler-138d’s radius is just 1.5x bigger than Earth, but it’s made of 50% volatiles by volume — a “super icy moon”? And Kepler-138c might even be its warmer twin. Piaulet et al. (@iexoplanets): https://t.co/TmtGeimakW pic.twitter.com/x9J0nBsOpL

“We previously thought that planets that were a bit larger than Earth were big balls of metal and rock, like scaled-up versions of Earth, and that’s why we called them super-Earths,” explained Björn Benneke, professor of astrophysics at the University of Montreal and co-author of the study.

“However, we have now shown that these two planets, Kepler-138c and d, are quite different in nature and that a big fraction of their entire volume is likely composed of water. It is the best evidence yet for water worlds, a type of planet that was theorized by astronomers to exist for a long time.”

Kepler-138c and -138d have volumes of more than three times that of Earth and are nearly twice as massive, making them super-Earth exoplanets by the commonly used definition. However, the two water worlds are significantly less dense than Earth, unlike most super-Earth exoplanets that have rocky cores surrounded by rocky layers.

Instead of comparing the exoplanets to other super-Earths, Piaulet et al. compare Kepler-138c and -138d to some of the icy moons in the outer reaches of our solar system, such as Europa, Ganymede, Triton, and Enceladus. These icy moons feature rocky cores with thick layers of water and ice surrounding the core, similar to the proposed interior of Kepler-138c and -138d.

“Imagine larger versions of Europa or Enceladus, the water-rich moons orbiting Jupiter and Saturn, but brought much closer to their star. Instead of an icy surface, they would harbor large water-vapor envelopes,” Piaulet explained.

Though the presence of high amounts of water in these exoplanets may spark ideas of possible life-supporting conditions on the exoplanets, Piaulet cautions that Kepler-138c and -138d might not have oceans of liquid water on their surface and that some of their characteristics place constraints on how water presents itself within them.

“The temperature in Kepler-138d’s atmosphere is likely above the boiling point of water, and we expect a thick dense atmosphere made of steam on this planet. Only under that steam atmosphere there could potentially be liquid water at high pressure, or even water in another phase that occurs at high pressures, called a supercritical fluid,” Piaulet said.

Kepler-138c and Kepler-138d, as well as a third exoplanet named Kepler-138b, were discovered in 2014 by NASA’s Kepler Space Telescope via the “transit method.”  The transit method is when telescopes observe a star and collect data on its apparent brightness over some time. Whenever the exoplanet crosses in front of the star, in an event called a transit, the exoplanet blocks some of the star’s light, creating a dip in the brightness data being collected by the telescope.

This dip in brightness is called a “light curve,” and it assists planetary scientists and astrophysicists with discovering and confirming the existence of exoplanets while also characterizing and researching specific aspects of the exoplanets.

For Piaulet et al., the team used the transit method with Hubble and Spitzer to collect data on Kepler-138d’s atmosphere and composition for the study.

While the water-filled natures of Kepler-138c and -138d were the focus of the Piaulet et al. study, the team also found evidence for an additional exoplanet around Kepler-138 in the Hubble and Spitzer data.

In the data, the team saw the tell-tale gravitational pull signatures in the lightcurve data of Kepler-138c and -138d, indicating that a previously-unseen exoplanet was pulling on the orbits of the two observed exoplanets.

Two super-Earth exoplanets orbiting a red dwarf star may be “water worlds.” They are 218 light-years away in the constellation Lyra, and are unlike any planet found in our solar system. https://t.co/vz4ahF6ytB pic.twitter.com/NNdv7OyzAT

Using lightcurve and radial velocity data, the new exoplanet’s location and general size were constrained, and the world was designed Kepler-138e in accordance with International Astronomical Union (IAU) “naming” conventions in which exoplanets are sequenced in order of their discovery, not distance to the host star.

The first exoplanet discovered in a system takes the official IAU designation of the host star with a lowercase “b” affixed to it, denoting its status as an exoplanet.  The “a” is not used for exoplanets as it is reserved for the host star.

Therefore, Kepler-138e was the fourth exoplanet discovered in orbit of Kepler-138, with data seeming to indicate that it orbits within its parent star’s habitable zone. This means the exoplanet is coincidentally the farthest from Kepler-138 of the four known exoplanets in the system, taking 38 days to complete an orbit.

Though the size and some orbital parameters of the exoplanet can be constrained from the data, numerous characteristics and the general nature of Kepler-138e are unknown due to the exoplanet seemingly being in an inclined orbit relative to the others in terms of telescope line-of-sight to the system. Therefore, it appears to not transit Kepler-138 when viewed from Earth and cannot be seen directly.

Because the other three exoplanets in the Kepler-138 system transit the star, the transit method can be used to determine details of their atmosphere, composition, size, shape, etc. Since Kepler-138e appears to not transit its host star, specific details of its characteristics cannot be determined.

Nonetheless, the existence of Kepler-138e had an effect on the team’s previous work with Kepler-138c and -138d and created a need to re-calculate the originally derived masses of the other three exoplanets in the system. To do this, Piaulet et al. used the transit timing-variation method, which, like the transit method, uses a telescope and an exoplanet transit to create a light curve.

The team then studied small variations in the dimmer part of the curve caused by the gravitational pull of the other planets in the system.

Furthermore, the new measurements confirmed that Kepler-138b, coincidentally the closest-known exoplanet to Kepler-138, is a small exoplanet with a mass similar to that of Mars, making it one of the smallest exoplanets to ever be detected.

The Piaulet et al. study was published in the Nature Astronomy journal on Dec. 15.

(Lead image: Artist’s illustration of the Kepler-138 system, with Kepler-138d in the foreground, Kepler-138c to the left, and Kepler-138b transiting the red dwarf in the background. Credit: NASA/ESA/Leah Hustak (STScI))

Following in the footsteps of Saturn, SLS prepares for test flight 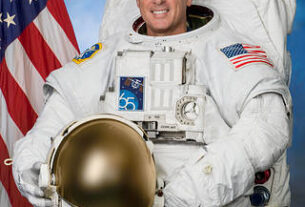