Once available an official livestream can be found here

Rocket Lab will be attempting to launch two Electron rockets within 10 days of each other from adjacent pads. Both pads are located at their launch site LC-1 on the Mahia Peninsula, New Zealand. In addition, both missions are for the National Reconnaissance Office (NRO) who are collaborating with the Australian Defense Agency. The Wise One Looks Ahead (NROL-162) mission will not see the recovery of the Electron first stage.

A typical aspect of missions for the National Reconnaissance Office is the secrecy behind the payload details and function. This is due to their purpose of providing information to the United States goverment and other global governments, giving them the ability to access interntational situations. In this case, the payload has been designed, built, and will be operated by the NRO in partnership with the Australian Department of Defence.

Electron is about 18.5 meters (60.7 feet) in height and only 1.2 meters (3.9 feet) in diameter. It is not only small in size, but also light weight. The vehicle structures are made of advanced carbon fiber composites, which yields an enhanced performance of the rocket. Electron’s payload lift capacity to LEO is 300 kg (~660 lbs).

The maiden flight It’s A Test was launched on May 25, 2017, from Rocket Lab’s Launch Complex-1 (LC-1) in New Zealand. On this mission, a failure in the ground communication system occurred, which resulted in the loss of telemetry. Even though the company had to manually terminate the flight, there was no larger issue with the vehicle itself. Since then, Electron has flown a total of 27 times (24 of them were fully successful) and delivered 147 satellites into orbit.

Firstly, all primary components of Rutherford engines are 3D printed. Main propellant valves, injector pumps, and engine chamber are all produced by electron beam melting (EBM), which is one of the variations of 3D printing. This manufacturing method is cost-effective and time-efficient, as it allows fabrication of a full engine in only 24 hours.

Rutherford is the first RP-1/LOx engine that uses electric motors and high-performance lithium polymer batteries to power its propellant pumps. These pumps are crucial components of the engine as they feed the propellants into the combustion chamber, where they ignite and produce thrust. However, the process of transporting liquid fuel and oxidizer into the chamber is not trivial. In a typical gas generator cycle engine, it requires additional fuel and complex turbo-machinery just to drive those pumps. Rocket Lab decided to use battery technology instead, which eliminated a lot of extra hardware without compromising performance.

The Kick Stage in its standard configuration serves as in-space propulsion to deploy Rocket Lab’s customers’ payloads to their designated orbits. It has re-light capability, which means that the engine can re-ignite several times to send multiple payloads into different individual orbits. A recent example includes Electron 19th mission, They Go Up So Fast, launched in 2021. The Curie engine was ignited to circularize the orbit, before deploying a payload to 550 km. Curie then re-lighted to lower the altitude to 450 km, and the remaining payloads were successfully deployed.

But there is more to it. Photon also comes as a deep-space version that will carry interplanetary missions. It is powered by a HyperCurie engine, an evolution of the Curie engine. The HyperCurie engine is electric pump-fed, so it can use solar cells to charge up the batteries in between burns. It has an extended nozzle to be more efficient than the standard Curie, and runs on some “green hypergolic fuel” that Rocket Lab has not yet disclosed. NASA has already used the deep-space version of Photon for its robotic Moon mission CAPSTONE. On this mission, the Photon spacecraft delievered NASA’s 25 kg CubeSat into a unique lunar orbit, formally known as a near rectilinear halo orbit (NRHO). You can read more about CAPSTONE here.

The post Wise One Looks Ahead (NROL-162) | Electron appeared first on Everyday Astronaut. 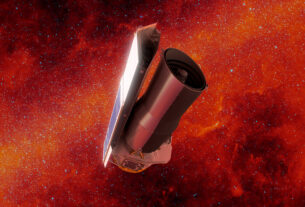 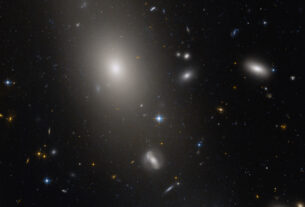 Hubble Captures Giant Elliptical in the Head of the Serpent 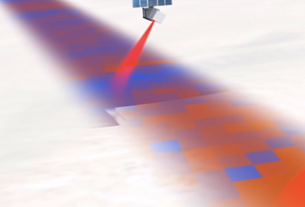