Virginia Is For Launch Lovers

No, this is currently not a capability for Rocket Lab from the United States

Once avaialble, an official livestream can be found here

For the first time ever, Rocket Lab will be launching their Electron rocket, a small satellite launcher from the United States. Electron is typically launched from the Mahia Peninsula in New Zealand from Launch Complex 1 (LC-1). Rocket Lab is collaborating with Virgina Space and NASA’s Wallops Flight Facility in support of this launch. Onboard are three Cluster 6 HawkEye 360 satellites from HawkEye 360, a Virginia based space satellite manufacturer.

Virginia Is For Launch Lovers

Rocket Lab has the notion of choosing clever mission titles. Because Electron will be launching from Virginia, a state in the United States, for the first time Rocket Lab aptly named this mission Virginia Is For Launch Lovers. Unlike some previous missions from New Zealand, there will be no air recovery attempt as the infrastructure and permits are not available in the United States, yet.

Rocket Lab has previously attempted to catch Electron’s first stage with a helicopter with some success, but has not completed a full recovery yet. Every mission that has featured recovery has seen fully successful satelite deployment resulting in mission success.

The Virginia Is For Launch Lovers mission will launch a trio of satellites for the Virgnia based satellite manufacturer, HawkEye 360. HawkEye 360’s vision is to “Transform the invisible into solutions for a better world”. In more technical terminology, HawkEye 360’s satellites study radio frequencies (RF) of wide ranges across the globe to provide data about RF interference to customers of various industries.

This launch will be the sixth launch of the constellation which is estimated to be completed in the late 2020s. Prior to this launch, HawkEye 360 has only launched their Cluster satellites with SpaceX on Falcon 9 rockets. In a discussion with Everyday Astronaut, Chief Operating Officer Rob Rainhart stated that the constellation will consist of 20 clusters containting three satellites each. The current goal is to launch two to three clusters a year.

HawkEye 360 will be launching their Cluster 7 satellites on a SpaceX Falcon 9 Block 5 rocket sometime in early 2023. According to Chief Operating Officer Rob Rainhart, the various launch providers enable them to be able to get to a variety of orbits. The company will continue to use the launch provider that works best for them, so future clusters will launch on a variety of rockets.

A new launch pad requires new infrastructure to support it. Infrastructure includes an Integration and Control Facility (ICF) and launch pad. The ICF includes a large room for rocket assembly and payload integration in addition to a control room to montitor launch vehicle systems throughout the countdown and until satellite deployment, when Rocket Lab’s mission has concluded.

Electron is about 18.5 meters (60.7 feet) in height and only 1.2 meters (3.9 feet) in diameter. It is not only small in size, but also light-weighted. The vehicle structures are made of advanced carbon fiber composites, which yields an enhanced performance of the rocket. Electron’s payload lift capacity to LEO is 300 kg (~660 lb).

The maiden flight It’s A Test was launched on May 25, 2017, from Rocket Lab’s Launch Complex-1 (LC-1) in New Zealand. On this mission, a failure in the ground communication system occurred, which resulted in the loss of telemetry. Even though the company had to manually terminate the flight, there was no larger issue with the vehicle itself. Since then, Electron has flown a total of 26 times (23 of them were fully successful) and delivered 146 satellites into orbit.

Electron has optional third stages, also known as the Kick Stage, Photon, and deep-space version of Photon. The Kick Stage is powered by a single Curie engine that can produce 120 N of thrust. Like Rutherford, it was designed in-house and is fabricated by 3D printing. Apart from the engine, the Kick Stage consists of carbon composite tanks for propellant storage and six reaction control thrusters.

The Kick Stage in its standard configuration serves as in-space propulsion to deploy Rocket Lab’s customers’ payloads to their designated orbits. It has re-light capability, which means that the engine can re-ignite several times to send multiple payloads into different individual orbits. One example includes Electron 19th mission, They Go Up So Fast, launched in March of 2021. The Curie engine was ignited to circularize the orbit, before deploying a payload to 550 km. Curie then re-lighted to lower the altitude to 450 km, and the remaining payloads were successfully deployed. For the There and Back Again mission, the kick stage was ignited once to circularize its orbit.

The post Virginia Is For Launch Lovers | Electron appeared first on Everyday Astronaut. 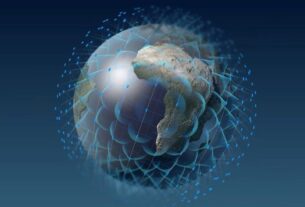 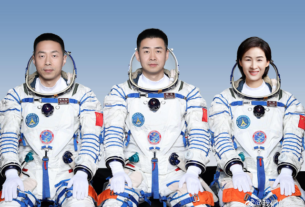