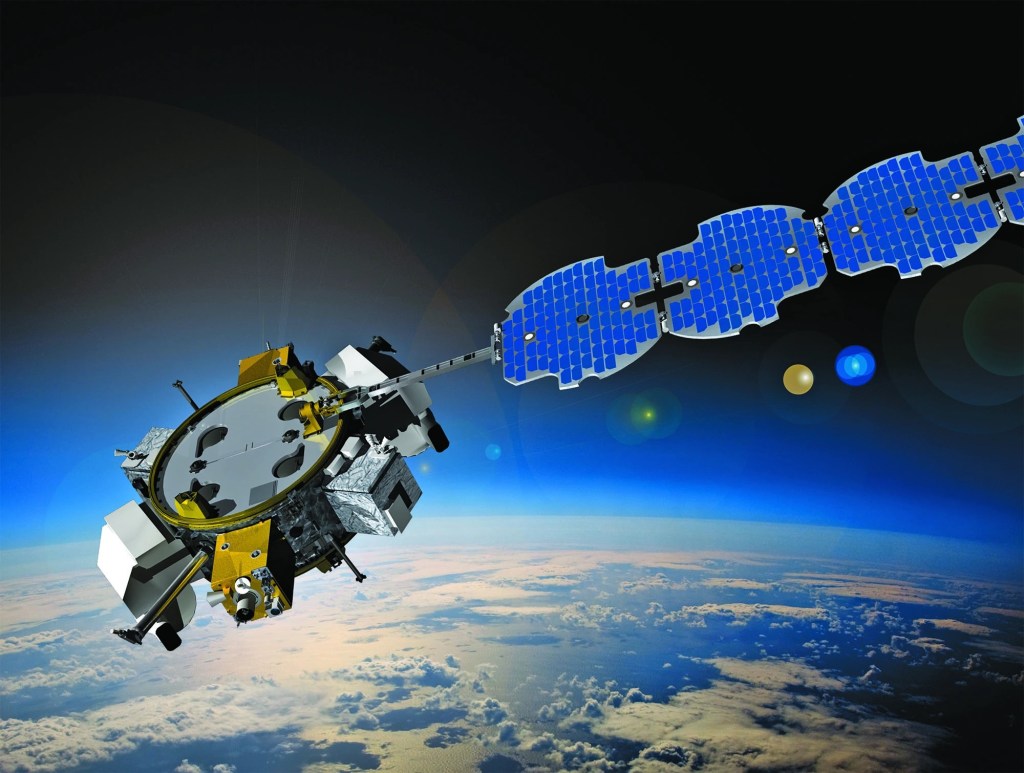 GEO, the exact longitude is unknown

Yes (side boosters) and no (center core)

The fairing halves will be recovered from the water by recovery ship TBD.

Tim Dodd, the Everyday Astronaut, will be streaming at around T-30 minutes; come ask questions and join the conversation live!

USSF-67 is classified mission for the United States Space Force lifting off from Launch Complex 39A at the Kennedy Space Center in Florida, USA. USSF-67 will be inserted directly into a GEO by SpaceX’s Falcon Heavy, which will fly for the fifth time in total and the first time this year.

While the exact payload manifest for this launch is unclear, USSF-67 contains multiple payloads hosted on the LDPE-3A satellite bus and the Continuous Broadcast Augmenting SATCOM 2 (CBAS 2), which will be directly inserted into a geostationary orbit (GEO). The main payload, CBAS 2, is a military communications satellite. It is unclear though at what longitude it will be inserted. The other payloads are CubeSats and small satellites that hitch a ride to GEO and will either be deployed by Northrop Grumman’s Long Duration Propulsive ESPA, or short LDPE, or stay attached to it.

Weighing about 2,000 to 3,000 kg, the Continuous Broadcast Augmenting SATCOM 2, or short CBAS 2, is the second CBAS satellite to launch after the first one which took off back in April of 2018 on an Atlas V 551. CBAS 2 is a military communications and relay satellite designed to ensure communication between commanders and senior government leaders. Due to the classified nature of this mission and satellite, there is no available info on either the satellite, the manufacturer or further mission details.

The LDPE (Long Duration Propulsive ESPA; ESPA = EELV Secondary Payload Adapter; EELV = Evolved Expendable Launch Vehicle) is serving as the ride share payload on the USSF-67 mission. The ESPA is simply a payload adapter used to help attach the LDPE to the main satellite in addition to hosting a few slots for other smallsats. However, the entire system is powered by the ESPAStar satellite bus, which is in charge of power consumption and distribution, as well as propulsion. ESPAStar has the capability to host 6 smallsat payloads totaling 1,920 kg (4,230 lb). The system is also able to provide 400 meters per second of delta-V via a hydrazine propulsion module.

It is unclear how many of the six slots will be utilized on this mission, or whether the payloads will stay attached to the LDPE-3A satellite bus, or if they will be deployed.

What Is Falcon Heavy?

The Falcon Heavy first stage contains 27 Merlin 1D+ sea level engines. Each booster contains nine engines. Each engine uses an open gas generator cycle and runs on RP-1 and liquid oxygen (LOx). Each engine produces 845 kN of thrust at sea level, with a specific impulse (ISP) of 285 seconds, and 934 kN in a vacuum with an ISP of 313 seconds. Compared to a normal Falcon 9 Block 5, Falcon Heavy’s first stage consists of two side boosters and a center core, with the side boosters basically being Falcon 9 boosters with a nose cone on top instead of an interstage. The center core on the other hand is a more modified booster equipped with a booster separation system and modified to handle the increased loads of three boosters.

The Merlin engines are ignited by triethylaluminum and triethylborane (TEA-TEB), which instantaneously burst into flames when mixed in the presence of oxygen. During static fire and launch the TEA-TEB is provided by the ground service equipment. However, as the Falcon Heavy first stage is able to propulsively land, three of the Merlin engines (E1, E5, and E9) contain TEA-TEB canisters to relight for the boost back, reentry, and landing burns.

On this missions, the second stage is equipped with the MEK (mission extension kit) that allows it to support missions with many burns and/or long coasts between burns. This package can have a gray strip, which helps keep the RP-1 warm, an increased number of composite-overwrapped pressure vessels (COPVs) for pressurization control, and additional TEA-TEB for multiple re-lights of the MVacD engine.

SpaceX’s CRS-18 during lift off. The second stage is equipped with the MEK noticeable by the grey stripe on the lower half of the second stage. (Credit: SpaceX)

Falcon Heavy side booster landing at landing zone one and two during its inaugural launch. (Credit: SpaceX)

The Falcon Heavy’s fairing consists of two dissimilar reusable halves. The first half (the half that faces away from the transport erector) is called the active half, and houses the pneumatics for the separation system. The other fairing half is called the passive half. As the name implies, this half plays a purely passive role in the fairing separation process, as it relies on the pneumatics from the active half.

In 2021, SpaceX started flying a new version of the Falcon fairing. The new “upgraded” version has vents only at the top of each fairing half, by the gap between the halves, whereas the old version had vents placed spread equidistantly around the base of the fairing. Moving the vents decreases the chance of water getting into the fairing, making the chance of a successful scoop significantly higher.

Set off on your next adventure with the Paxi collection