No, this is not a capability of the Long March 3B/E

It crashed on land in mainland China

No, this is not a capability of the Long March 3B/E

Tianlian-2 is a series of tracking and data relay satellites. They form a constellation in GEO and support other satellites in low Earth orbit (LEO) and medium Earth orbit (MEO). The system is also used to communicate between the Chinese Space Station and Beijing.

The first generation of Tianlian satellites (Tianlian-1) were built around the DFH-3 satellite bus (a three-axis-stabilized telecommunications satellite platform), and functionally the series is similar to the United States Tracking and Data Relay Satellite System. It used S-band radio with 2 GHz frequency. Each of the Tianlian-1 satellites were launched atop a Long March 3C rocket into a GEO.

In contrast, Tianlian-2 was developed around the DFH-4 satellite bus produced by the China Academy of Space Technology. It uses K-band radio with a frequency in excess of 20 GHz and is able to connect to more spacecraft at the same time. The Tianlian-2 satellites are supporting rendezvous, docking operations, and spacewalks at China’s Tiangong space station, as well as communication between astronauts and ground stations. The Tianlian 2-01 was launched on 31 March 2019 and the Tianlian 2-02 on 14 December 2021.

What Is The Long March 3B/E?

Despite the Chinese rockets having different heritages, most of China’s orbital launch vehicles use the “Long March” (Chang Zheng) naming scheme. The Long March 3B is a three stage rocket, with an optional fourth stage. The rocket has four liquid-fueled side boosters, and first launched in 1996.

There are 4 side boosters that each use one YF-25 engine, which is powered by Unsymmetrical Di-Methyl Hydrazine (UDMH) and Nitrogen Tetroxide (N2O4).

The third stage will burn after the second stage is jettisoned, in order to continue to raise the orbital apogee (maximum altitude). Once the target apogee has been achieved, it shuts down. The vehicle will then coast to apogee, where the stage relights and burns to raise the perigee (lowest altitude) of the orbit. 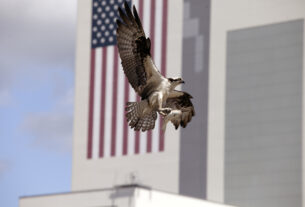 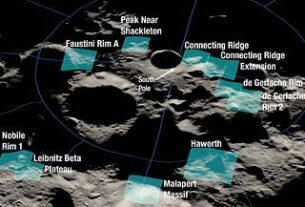 NASA Identifies Candidate Regions for Landing Next Americans on Moon