The Russian scientific community is speaking out unanimously against the unauthorized activation of the German eROSITA telescope aboard the Russian Spektr-RG space observatory, as suggested by Roscosmos chief Dmitry Rogozin.

Spektr-RG, which stands for Spectrum + Röntgen + Gamma, the Russian-German high-energy astrophysics space observatory, was launched on 13 July 2019. It has two telescopes on board: the primary one, eROSITA, built by the Max Planck Institute for Extraterrestrial Physics in Germany, which works in the sensitivity range of 0.3–10 keV, and the secondary ART-XC, build in Russia, which is capable of capturing high energy X-ray photons within the 5-30 keV energy range.

Working together, these two instruments are able to create a map of the visible universe in the X-ray range, on which all large clusters of galaxies will be marked.

According to the original operational agreement, the data received by Spektr-RG is shared between the Russian Space Research Institute and the German Institute of Extraterrestrial Physics of the Max Planck Society.

LAUNCH! Roscosmos Proton-M launches with Spektr-RG from Site 81/24 at the Baikonur Cosmodrome.

However, on February 26, 2022, the German side decided to put eROSITA into safe mode as a reaction to the Russian invasion of Ukraine. This decision was taken after the instrument had completed only four of its intended eight all-sky survey passes.

With the decision made, all seven detectors were turned off, but the control processor and the thermal control system of eROSITA remained in working condition so that the telescope would not freeze.

Furthermore, the reproduction of the accumulated data from the German telescope was canceled, and ART-XC became the only working science instrument on Spektr-RG. Its observation program was altered, too, and it began observing most of the areas of interest that were previously planned for the post-survey period.

In early June, Dmitry Rogozin, talking about Spektr-RG, suggested the reactivation of eROSITA, referring to “specialists” who “insist on continuing its work.” Rogozin promised that, in the near future, “Roscosmos will make appropriate decisions” about reactivating parts of Spektr-RG.

The Proton rocket ascends from Baikonur with Spektr-RG on board (Credit: DLR)

Later, he said he gave instructions to prepare for the activation of the eROSITA telescope. Per a tweet, Rogozin stated: “We will correct the mistake of the Germans and turn on their telescope on our Spektr-RG observatory,” he said.

In reaction, Russian scientists, as well as their German colleagues, while expressing that they’d like to eventually see eROSITA perform its full mission, expressed their opposition to Rogzin’s decision.

The first Russian scientist to object was Academician Rashid Syunyaev, the academic advisor of Spektr-RG. He told the Interfax news agency that Russian scientists don’t recommend turning on the instrument without the consent of a German side.

Syunyaev further explained that there is a risk of failure in case of an unauthorized activation of the telescope. He also believes that “unilateral actions in such a situation only add even more distrust between people.”

“This device must be switched on by agreement with the German side. We need to explain, hold negotiations so that both sides understand that in the distant future – in 10, 20, 30 years – it will be possible to put foreign extra-class devices on our satellites again and actions with them will be at least coordinated,” he added.

Nonetheless, Rogozin has continued to insist on the reactivation of the German telescope, and the head of the Russian Academy of Sciences, Academician Alexander Sergeev, expressed his concern about the possible actions of Roscosmos.

Also speaking to Interfax, he said it’s too risky to operate the telescope without the German side and may cause damage to the device. He also said that the Russian Academy of Sciences will discuss the situation with the telescope at the RAS Space Council.

Rogozin, in response, assured the Academy that Roscosmos specialists are competent enough not to damage the telescope and called on the scientific community to act “exclusively in the interests of national science.”

Finally, the head of the Russian Space Research Institute, Lev Matveevich Zelenyi, spoke out against the unauthorized activation of eROSITA to Gazeta: “Our institute – all the scientists – categorically object to this. This objection is both for political and technical reasons.”

“This is not a Russian device. I can’t judge how realistic this whole thing is, I don’t know if our specialists have processing codes… But even if they have, it will be simply impossible to publish this data – no journal will accept it and will do it right,” he added.

Remarkable is that the Space Research Institute is the organization that is responsible for the processing of Spektr-RG data received by Russia and for its publication and interpretation. So the main argument that Dmitry Rogozin used when he offered to turn eROSITA on – that this is the request from the Russian specialists – becomes at least questionable.

Despite this, Rogozin still wants to take control of the German telescope. “It will take two to four months to understand the algorithms of the control system and connect to the telescope without making a mess.”

Exactly how this will play out remains unclear, but the battle over Skeptr-RG’s European instrument’s future is an ongoing consequence of Russia’s invasion of Ukraine and how the world power interacts with its international partners in space exploration.

The post Tensions mount between Russia and Europe over joint Spektr-RG telescope appeared first on NASASpaceFlight.com. 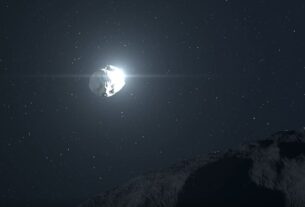 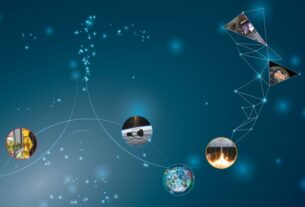