645 km downrange on A Shortfall of Gravitas

Starlink is currently available in certain regions, allowing anyone in approved regions to order. After 28 launches SpaceX achieved near-global coverage, but the constellation will not be complete until ~42,000 satellites are in orbit. Once Starlink is complete, the venture is expected to profit $30-50 billion annually. This profit will largely finance SpaceX’s ambitious Starship program, as well as Mars Base Alpha.

Each Starlink V1.5 satellite has a compact design and a mass of 307 kg. SpaceX developed a flat-panel design, allowing them to fit as many satellites as possible into the Falcon 9’s 5.2-meter wide payload fairing. Due to this flat design, SpaceX is able to fit up to 60 Starlink satellites and the payload dispenser into the second stage.

The booster that supported the Starlink Group 4-35 mission is B1073, which had supported three previous flights. Hence, its designation for this mission was B1073-4; this changed to B1073-5 upon successful landing. 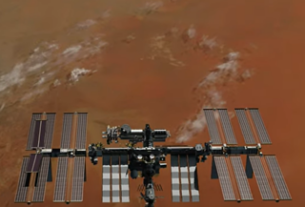