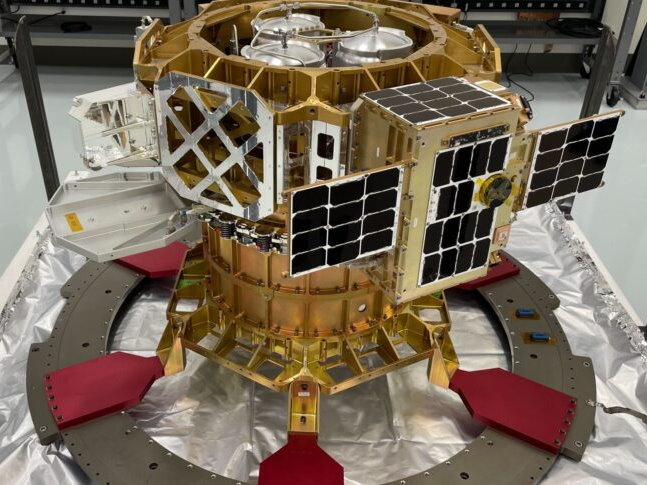 Starlink Group 4-20 & Varuna; the 25th launch to Starlink Shell 4, and a ridesharing spacecraft

Downrange on Just Read the Instructions

Varuna in preparations to be delivered (credits: Spaceflight Inc.)

Built for Boeing in order to carry out a technology demonstration, this test spacecraft will evaluate the performance of the V-band communications system envisaged by the company. Such an examination will verify the chosen band spectrum’s behavior for transmissions. Manufacturers of ground terminals that will receive signals from this system will get an opportunity of testing and adjust their hardware before it enters operation. What is more, potential customers will also be given a chance to assess the qualities of the service.

To accomplish these goals, the spacecraft built in the context of this commercial program will raise its orbit from where the Falcon 9 launch vehicle will have left it — at about 310 km of altitude — to a larger one at 1,056 km and 54° inclination. Varuna is capable of doing this by itself, as it is assembled with Spaceflight Inc.’s orbital transfer vehicle (OTV), the Sherpa-LTC, as its founding block. Once the final destination is reached, the aforementioned tests will take place during a time span of up to two years. Afterward, Varuna will lower its perigee to 300 km, its orbit becoming elliptic, and in doing so it will favor orbital decay. As expected, this will finally lead to reentry and to the spacecraft’s destruction.

After a mishap that prevented this vehicle to fly in SpaceX’s Transporter-4 mission, it will attempt its maiden flight for a second time, hence the numeral. As previously mentioned, Varuna’s general structure is based on this OTV. As a consequence, it is provided with its own chemical propulsion system — named Polaris — and with four main solar panel assemblies generating up to 46 W of energy each — stored in two battery packs. The general measurements of this test satellite are 0.82 m x 1.42 m x 1.23 m, featuring a mass of 180 kg at launch.

In terms of spacecraft functions, Astro Digital designed and manufactured both the payload for communications testing and the command and control system known as Makalu. These two are separate modules installed on the Sherpa’s ring, where four other slots will remain vacant. In the following picture the space tug — another name sometimes used to speak of OTVs — is presented with all of its slots in use.

Star trackers and gyros offer Varuna the required capabilities for attitude and rate determination, whereas control is obtained by means of reaction wheels and magnetorquer rods. In combination with this assortment of hardware, in-space maneuvering abilities are materialized by the propulsion system. Manufactured by Benchmark Space Systems, it makes use of four Ocelot thrusters burning high-test peroxide (HTP) and isopropyl alcohol (IPA). 32.9 kg of the former and 6.1 kg of the latter are loaded into the spacecraft’s gaseous-nitrogen-pressurized tanks before launch. Polaris can produce 88 N of thrust, achieving a specific impulse of ~300 s.

The booster supporting the Starlink Group 4-20 mission is B1067, which has supported five previous flights. Hence, its designation for this mission is B1067-6; this will change to B1067-7 upon successful landing.

[release] Analysis of the world’s first asteroid gas sample that was returned by the Hayabusa2 mission has been published in “Science Advances”. 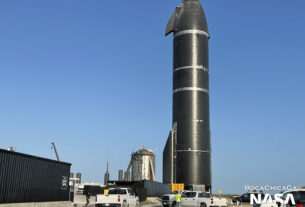 Ship 24 rolls out for testing while Booster 7 receives Raptors