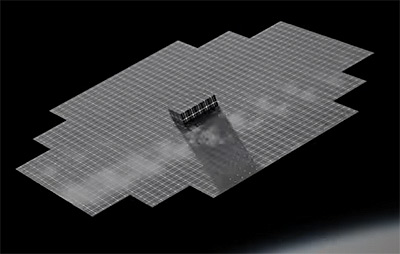 Starlink Group 4-2 & BlueWalker 3; the 26th launch to Starlink Shell 4, and a ridesharing spacecraft

Downrange on A Shortfall of Gravitas

SpaceX’s long-awaited Starlink Group 4-2 mission successfully launched 34 Starlink internet communication satellites and the BlueWalker 3 — a ridesharing communication satellite — atop a Falcon 9 rocket. The Falcon 9 lifted off from Launch Complex 39A, at the Kennedy Space Center, in Florida, USA. Starlink Group 4-2 marked the 59th operational Starlink mission, boosting the total number of Starlink satellites launched to 3,293, of which ~3,025 are still in Orbit. Starlink group 4-2 marked the 26th launch to the fourth shell of Starlink; roughly 35 launches will be required to fill Shell 4.

The BlueWalker 3 satellite is a prototype communication satellite built and operated by AST & Sciences. The satellite will be able to test AST & Science’s ability to connect to cellphones in a space environment, which they have planned in their upcoming SpaceMobile constellation. This constellation will join Global Star’s constellation that can connect to the newly announced iPhone 14 cellular devices in case of emergency. Additionally, SpaceX and T-Mobile have announced the ability for the second generation of Starlink (dubbed Starlink v2) satellites to act as cell towers, enabling texting and calling anywhere in the world.

The BlueWalker 3 satellite has a mass of 1,500 kg and will deploy a 10-meter diameter antenna. This is smaller than the eventual SpaceMobile satellites will be, but a large antenna is needed to pick up the relatively weak satellite signal of a phone from orbit. The satellite is powered by solar cells and has several batteries to pass through the orbital night.

The booster that supported the Starlink Group 4-2 mission is B1058, which had supported 13 previous flights. Hence, its designation for this mission was B1058-14; this changed to B1058-15 upon successful landing.

Both fairing halves are equipped with cold gas thrusters and a parafoil which are used to touch down the fairing half in the ocean softly. SpaceX used to attempt to catch the fairing halves, however, at the end of 2020, this program was canceled due to safety risks and a low success rate. On Starlink Group 4-2, SpaceX attempted to recover the fairing halves from the water with their recovery vessel Bob.