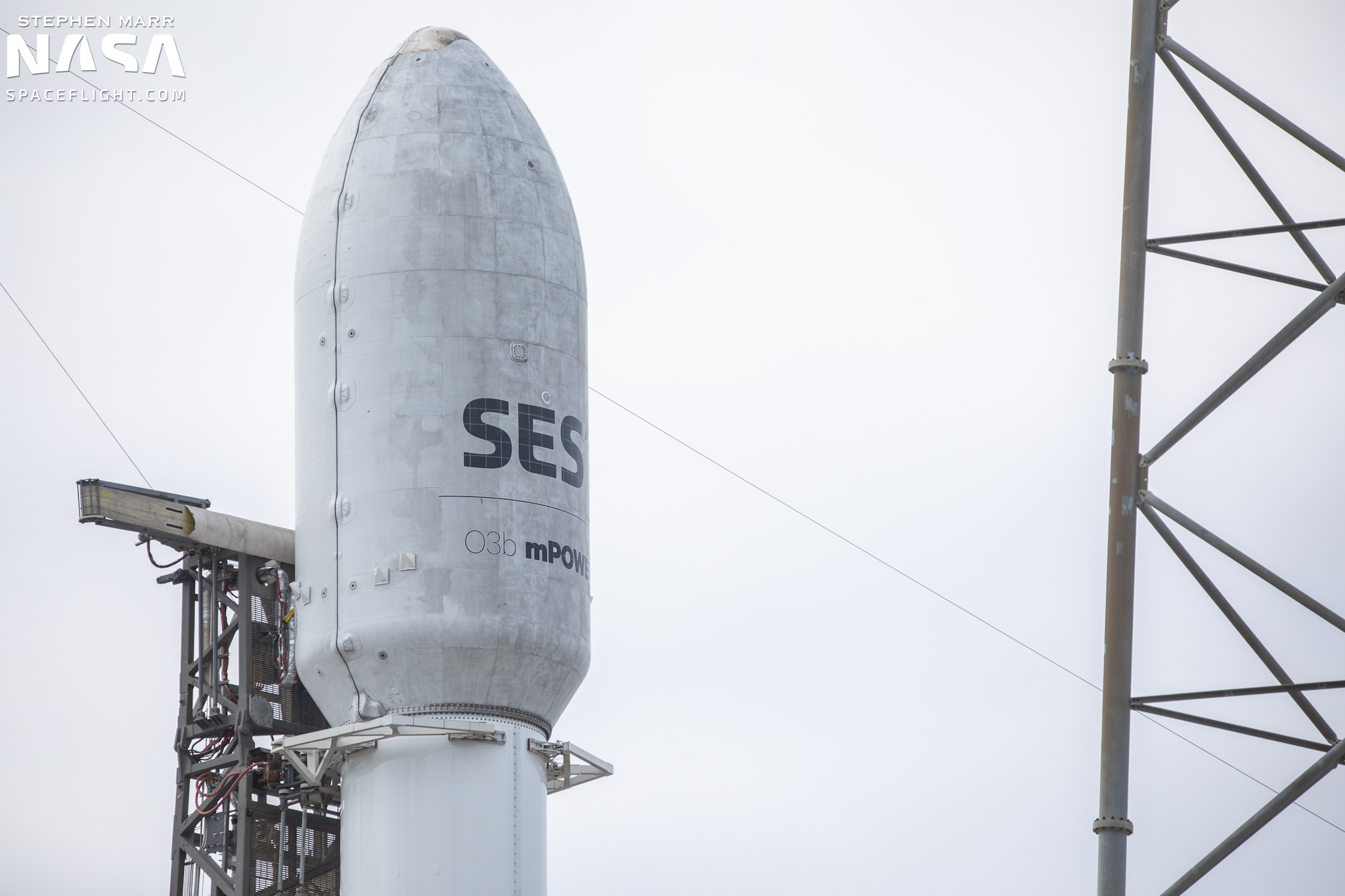 That’s to be followed by a different Falcon 9 sending 54 more Starlink internet satellites into low Earth orbit from Launch Complex 39A (LC-39A) at the Kennedy Space Center (KSC) on Saturday at 4:32 PM EST (21:32 UTC).

The record for the fastest time between launches from Cape Canaveral dates back to Nov. 11, 1966. On that date, an Atlas-Agena Target Vehicle lifted off from Launch Complex 14 at 2:07:59 PM EST. That was followed one hour and 39 minutes later by the launch of the Gemini 12 mission carrying astronauts Jim Lovell and Buzz Aldrin from Launch Complex 19 at 3:46:33 PM EST. The pair would later practice rendezvous and docking with the target vehicle.

While the Eastern Range, which includes both CCSFS and KSC, stated its readiness to support both launches just 33 minutes apart on Friday, SpaceX announced it was “prioritizing launch of the O3b mPOWER mission on Friday afternoon, and setting up for launch of Starlink on Saturday, Dec. 17.”

The O3b mPOWER launch as well as the Starlink 4-37 mission will see the first stages land on drone ships in the Atlantic Ocean.

The booster launching first from SLC-40 is B1067-8. The booster previously supported two CRS missions, two Commercial Crew missions, the Turksat-5B and Hotbird-13G communications satellites, and a Starlink mission. It is expected to land on the drone ship A Shortfall of Gravitas shortly after liftoff, which is stationed 672 km due east of the launch pad.

The Falcon 9 first stage on LC-39A is B1058-15, which will be the first time a booster flies a 15th mission. It previously flew on the crewed Demo-2 mission, as well as launching ANASIS-II, CRS-21, two Transporter rideshare missions, and nine Starlink flights. Just Read the Instructions, located 652 km to the northeast, will be the landing target for this flight.

Graphic showing the locations of both drone ships and both fairing recovery vessels for the O3b mPower and Starlink 4-37 missions. (Credit: Gavin Cornwell)

Both fairing recovery ships, Bob and Doug, are also deployed downrange to attempt to recover the payload fairing halves which protect the payload during ascent through Earth’s atmosphere. These will be returned to Port Canaveral and refurbished for use on future flights.

SES is a Luxembourg-based satellite telecommunications network with 67 currently operational satellites under its control in both geostationary orbit (GEO) and medium Earth orbit (MEO). Five of those are part of a group called O3b, also referred to as O3b MEO.

The network was originally owned by a company called O3b Networks, with the name being an initialism meaning “other three billion,” referring to the approximately three billion people on the planet who did not have steady access to the internet at the time of the first launch in 2013. The company was purchased by SES in 2016.

Those 20 original satellites will remain in their current orbit 8,063 km (5,010 mi) above the equator in MEO ahead of the new network, which SES says will expand their satellite internet and communications networks.

The 11 second-generation O3b mPOWER satellites are designed to provide high-throughput and low-latency data and internet to governments, telecommunications companies, and even commercial companies such as cruise liners.

The idea for the additional network began back in 2016 as a collaboration between SES and Boeing. These particular satellite buses, the Boeing 702X, have a mass of 1,900 kg. These upgraded 702 satellites, according to Boeing, are built using Boeing subsidiary Spectrolab’s custom-designed solar arrays, which need to be built to withstand additional radiation in MEO.

According to Boeing and SES, the new satellites use a “software-defined payload,” which will allow them to provide more than 5,000 steerable spot beams per satellite, providing as few as 50 megabits per second and up to multiple gigabits per second per customer. The company also claims roundtrip latency of fewer than 150 milliseconds.

A depiction of the nearly 5,000 beams which can be used to provide data to customers at one time. (Credit: SES)

The new satellite network already has customers waiting for this launch. According to SES, some customers include Microsoft, Orange, as well as ISAT Africa. Other partners include major cruise lines such as Royal Caribbean International, Virgin Voyages, and Italian cruise line MSC, which will include dedicated hardware designed to receive the fastest data from the new network on the Explora 1 ship which is currently under construction.

Our first two #O3bmPOWER satellites are preparing for launch! Stay tuned for more details on how you can watch the livestream!

The company expects it to take approximately six months after launch for each satellite to reach its designated orbit 8,000 km above Earth and to be commissioned. The service is expected to begin rolling out to customers at the start of Q3 in 2023.

The second mission, known as Starlink Group 4-37, will take 54 Starlink internet satellites to the fourth shell of the orbiting constellation. That means the final destination will be a circular orbit of 560 km, inclined 53.2 degrees. This also marks the first Starlink launch in nearly two months.

The most recent Starlink launch was back on Oct. 28, when 53 satellites took off from Vandenberg Space Force Base in California as part of Group 4-31. The last time SpaceX launched more satellites to add to its internet constellation from Florida was Group 4-36 back on Oct. 20.

After this launch, there will be 3,612 satellites launched as part of the Starlink network.  Of those, 291 have already reentered and burned up. With other satellites having already failed or are currently in the process of being deorbited, that leaves 3,284 working satellites in orbit after Group 4-37 becomes operational.

Each spacecraft is a Starlink v1.5 satellite, which has a mass near 300 kg thanks to the addition of laser inter-satellite links, which allows multiple satellites to relay information to each other via laser until it reaches one close to a ground receiving station.

These two missions will mark SpaceX’s 58th and 59th launches of 2022, which puts the company one launch away from the goal of 60 missions in a single year. Two more missions are currently scheduled for this year, including another Starlink mission and EROS-C3.

(Lead image: The pair of O3b mPower satellites, encapsulated in the fairing atop Falcon 9 at SLC-40. Credit: Stephen Marr for NSF)

The post SpaceX to launch two missions from Florida in two days appeared first on NASASpaceFlight.com. 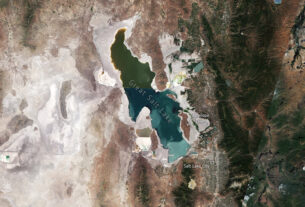 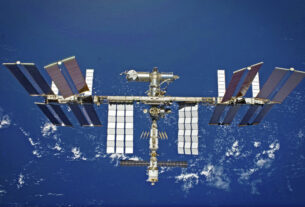