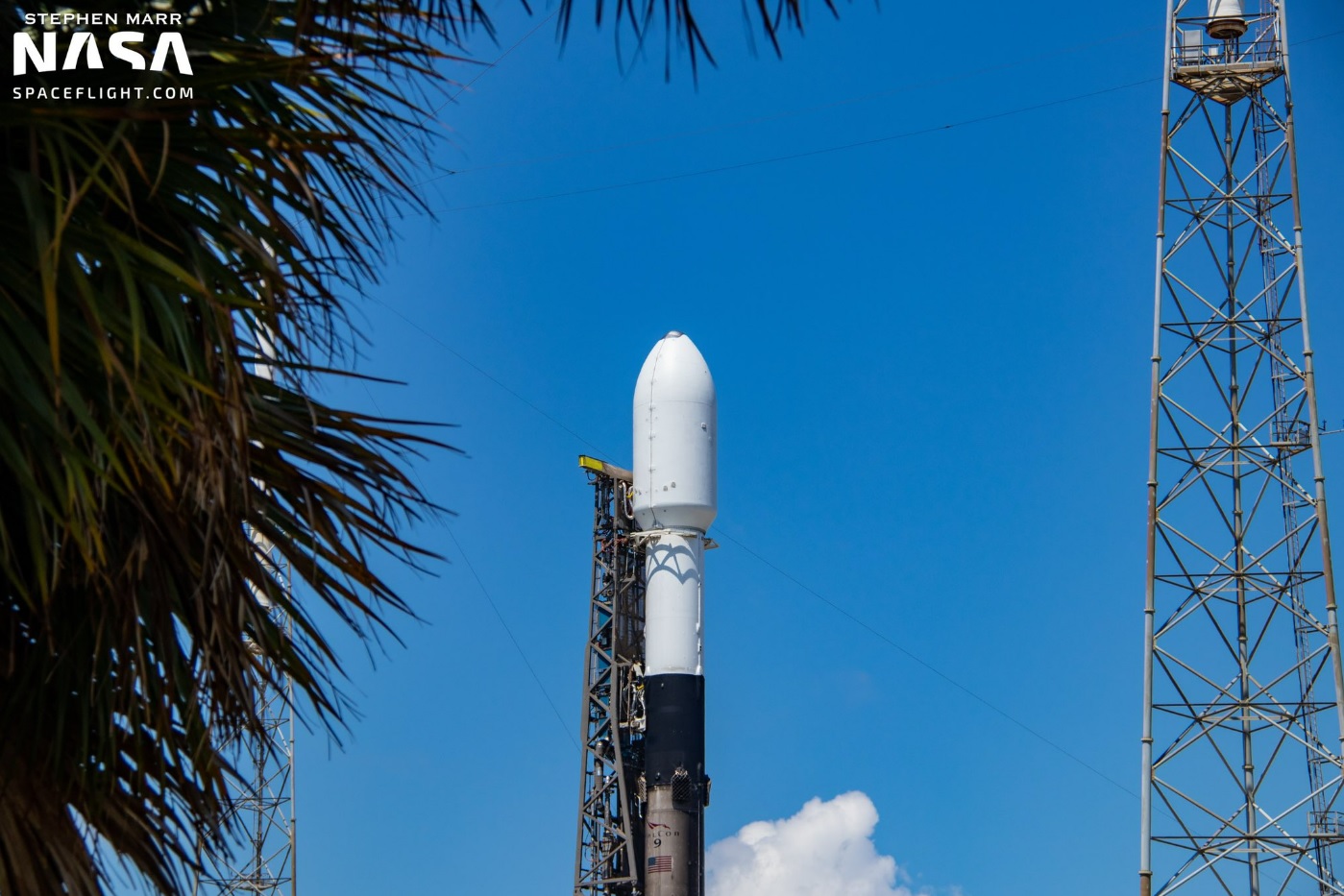 SpaceX is set to launch another batch of Starlink satellites into Low-Earth Orbit (LEO) onboard a Falcon 9 rocket as part of the Starlink Group 4-27 mission. Liftoff is scheduled for Friday, August 19 at 3:21:20 PM EDT (19:21:20 UTC) from Space Launch Complex 40 (SLC-40), at the Cape Canaveral Space Force Station in Florida.

Space Launch Delta 45 released a launch mission execution forecast on August 19, 2022, at 9:30 AM EDT (13:30 UTC). Citing the cumulus cloud rule, surface electric field rule, and the lightning rule, the 45th gives the weather a 50% chance of being GO for launch. In the event of a scrub, there is a backup launch opportunity just under 24 hours later — with the probability of good weather increasing to 70%.

The launch will see Falcon 9 booster B1062 fly for a ninth time, becoming the sixth booster in the fleet to reach this mark. It will also be the third shortest turnaround time for a booster, overall, at 26 days, five hours, and 43 minutes.

This will also be the third of at least nine consecutive Starlink missions that SpaceX plans to conduct over the span of a month and a half.

Falcon 9’s 170th trip to orbit will begin with the traditional automated launch countdown sequence being initiated at the T-35 minute mark. At this point, the ground computers will begin the carefully choreographed propellant loading sequence, starting with RP-1 (a refined form of kerosene) loading on both stages and liquid oxygen (LOx) loading on the first stage.

After 15 minutes, the RP-1 load will wrap up on the second stage, and the propellant lines on the strongback of the Transporter/Erector — or T/E — will be purged, creating the traditional T-20 minute vent. Four minutes later, the purge will finish, and LOx load on the second stage will begin.

At the T-7 minute mark, the engine chill sequence will begin on the Falcon 9’s first stage Merlin 1D engines. This sequence involves flowing a small amount of liquid oxygen through the oxidizer turbopump to cool it down ahead of full flow at engine ignition. This avoids sudden vaporization of the oxygen at engine startup, which could lead to cavitation in the pumps and damage to the impeller blades.

At around T-6 minutes, RP-1 load will be complete on the first stage, and a minute later, the tanks will be pressurized ahead of strongback retraction. This retraction will begin at roughly T-4 minutes, with the opening of the top clamps, followed by an approximate 1.5-degree rotation away from the rocket.

Loading of liquid oxygen on the first and second stages will wrap up at T-3 minutes and T-2 minutes, respectively. At this point, the ground systems will be purged ahead of liftoff.

The active fairing half from the Starlink Group 3-1 mission being prepared for shipment. (Credit: Jack Beyer)

In a process normally known as “startup,” at T-1 minute, the ground computers will hand off command of the automated countdown sequence to the rocket’s onboard computers. A few seconds later, the launch director will give the GO or NO GO decision to proceed with the launch.

At T-3 seconds, the onboard computers will command ignition of all 9 Merlin 1D engines on the first stage, and these will ramp up to full power in about 2.8 seconds. After a quick engine health check, Falcon 9 will command ground computers to release the rocket for liftoff at the T-0 mark.

The flight profile will involve a two-and-a-half-minute powered flight of the first stage, followed by Main Engine Cut-Off (MECO), stage separation, and ignition of the Merlin 1D Vacuum (MVacD) engine on the second stage. This engine will burn for about six minutes, and the second stage and Starlink satellites will target a 232-by-336 km, 53.22-degree inclination deployment orbit.

After separation from the second stage, the first stage will proceed to orient itself into an engines-first attitude in preparation for entry and landing. A 25-second-long entry burn should occur at around T+6.5 minutes. For this burn, the center engine (E9) will ignite first, followed shortly after by two of the outer engines (E1 and E5). Entry burn shutdown will occur first on these outer engines, with the center engine shutting down last.

A final 30-second-long landing burn will occur using the booster’s center engine as well. This burn aims to softly touchdown the booster on SpaceX’s Autonomous Spaceport Drone Ship (ASDS) A Shortfall Of Gravitas (ASOG). ASOG will be located 656 km downrange in the Atlantic Ocean.

A Shortfall of Gravitas arriving in Florida. (Credit: Julia Bergeron)

The fairing halves for this mission will separate about 10 seconds after ignition of the second stage engine and will attempt a parachute-assisted splashdown in the Atlantic Ocean. These will be recovered by SpaceX’s multi-purpose recovery vessel, Doug.

After MVacD shutdown, the second stage will initiate an end-to-end rotation maneuver ahead of Starlink satellite separation, which is scheduled to occur approximately 15 minutes after flight.

Once the satellites separate, the second stage will execute the second burn of its MVacD engine for deorbit and disposal over the Pacific Ocean.

This mission is set to deploy 53 Starlink satellites into shell four of its first generation constellation, bringing the total of these satellites launched into orbit to 3,108. Of these, 264 have already reentered, 44 are in orbit but are unresponsive or non-maneuvering, and 2,313 are in operational orbit.

Friday’s launch will be SpaceX’s 56th dedicated Starlink mission, their 37th launch of the year, and the fourth of this calendar month. Two more launches are on tap for the rest of August: one Starlink mission from Vandenberg and another Starlink launch from LC-39A at NASA’s Kennedy Space Center.

In what may be the longest streak of consecutive Starlink missions, SpaceX has at least four more Starlink missions on the schedule for September, two of them with rideshares, alternating between their SLC-40 and LC-39A launch sites.

(Lead image: Falcon 9 ahead of the Nilesat-301 mission. Credit: Stephan Marr for NSF) 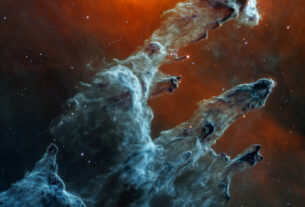 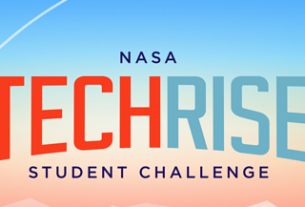 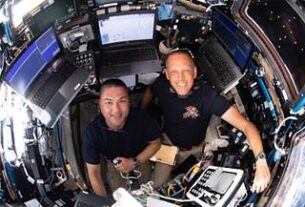 Texas Students to Hear from NASA Astronauts Aboard Space Station