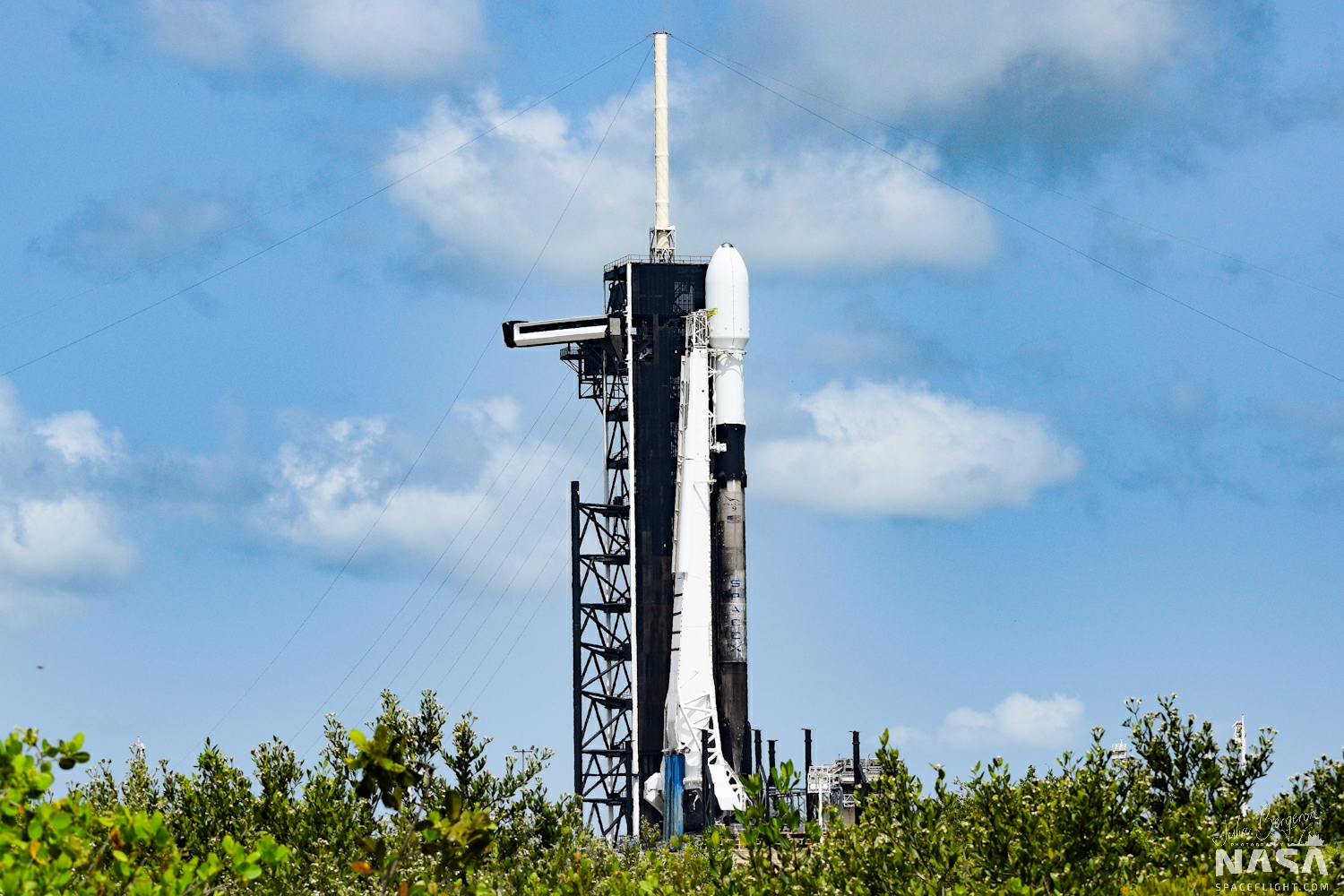 SpaceX is set to launch its 47th Starlink mission with the Starlink Group 4-18 mission. Starlink Group 4-18 will launch on a flight-proven Falcon 9 from Launch Complex 39A (LC-39A) at the Kennedy Space Center (KSC). The launch will take place on May 18 at 6:59 am EDT during a single-second instantaneous launch window.

Starlink Group 4-18 will be the 21st SpaceX launch and 14th Starlink mission of 2022. 4-18 is also the last of three missions to launch within five days. Space Launch Delta 45 has predicted a 20% chance of violating weather constraints, and the same in case of a 24-hour delay.

2022 for SpaceX has been a historic year for rocket reuse and the number of flights. With the 20 launches already under its belt, it keeps up with the one launch per 6.9-day average. This launch will also tie the number of launches that took place in 2018. A large part of SpaceX’s ability to launch rapidly is using flight-proven first-stage boosters. On this mission, SpaceX is using the flight-proven B1052-5 first-stage booster.

B1052 will be supporting its fifth mission on Starlink Group 4-18. This booster is unique, having previously been used as a Falcon Heavy side booster. As a Falcon Heavy side booster, it had previously supported the Arabsat-6A and STP-2 missions with B1053 in April and June 2019. Following these missions, the booster sat in storage for two and a half years until December 2021, when it was spotted as a converted Falcon 9 first stage.

Using the interstage from B1049-10, B1052 supported its first mission as a Falcon 9 first stage on the COSMO-SkyMed Second Generation FM2 mission in late-January 2022. Since its service return, it supported the Starlink Group 4-10 mission in March 2022. Later in 2022 – during its ninth flight – B1052 will be reconfigured as a Falcon Heavy side booster and rejoin its duo B1053-3 on the ViaSat-3 Americas & Arcturus mission.

Following the Starlink Group 4-10 mission, B1052-5 was removed from SpaceX’s drone ship A Shortfall of Gravitas. From there, B1052 was taken to SpaceX’s Hanger X at Roberts Roads to be refurbished. This time around B1052 will have a turnaround of 70 days.

Once it completed refurbishment, B1052 was transported to the Horizontal Integration Facility (HIF) at LC-39A. There B1052 – along with its second stage and payload – were placed on the Strongback Transporter Erector (T/E). The Falcon 9 and T/E were rolled out about a day before launch. On the pad, the Falcon 9 and T/E were raised vertically to their launch position.

Starlink is SpaceX’s low Earth orbit satellite internet constellation that aims to deliver fast, affordable, and low latency service where internet is currently either unavailable or expensive. The constellation began launches in February 2018 with the Tintin A, B (MircoSat 2A, 2B) Starlink test satellites. These satellites were launched with the Spanish PAZ Earth radar observation satellite.

These test satellites proved SpaceX could proceed with the operational v1.0 satellites. In 2020, the Tintin and v0.9 satellites were deorbited.

In November 2019, the first batch of 60 Starlink satellites was launched on the Starlink v1.0 L1 mission. This mission also saw the first Falcon 9 to support four missions and the first use of the flight-proven payload fairing.

Over time the v1.0 satellites saw hardware revisions to mitigate the light pollution caused by each satellite. On the Starlink v1.0 L2 mission, one satellite was called “DarkSat,” which used a darker paint to limit reflectivity. Another test was to use deployable sunshades to help block their optical brightness. Since August 2020, all Starlink satellites use the deployable sunshades.

The first batch of Starlink v1.5 satellites was launched on the Starlink Group 2-1 mission in September 2021. Starlink v1.5 is the upgraded variant of the version 1 satellite. Version 1.5 uses the laser inter-satellites links to extend coverage in high latitude and mid-ocean areas.

LAUNCH! SpaceX Falcon 9 B1049 launches from Vandenberg SLC-4E with the opening salvo of the second shell for the Starlink constellation.

In November 2021, the Starlink Group 4-1 mission was the first mission to the fourth Shell. Since then, 16 Group 4 missions have been launched, each carrying 48-53 Starlink v1.5 satellites. Many missions have supported a southeastern direction with boosters landing near the Bahamas. Starlink Group 4-18 is the latest mission to send 53 satellites to Shell 4, bringing the constellation to a total of 2,653 satellites launched.

Originally, Group 4-15 or Group 4-18 was supposed to land in the Bahamas but was moved back to the original northeaster launch direction. In preparations for launch, the drone ship ASOG was positioned ~636 km downrange.

Like on previous missions, the payload fairing will be recovered, after splashdown ~645 km downrange. The fairing halves will be retrieved by SpaceX’s support ship Doug. On the Falcon 9 side, the first stage skipped the static fire test due to the high reliability of the Falcon 9 rocket.

At T-7 minutes, the Falcon 9 first stage began to chill its engines with liquid oxygen to ensure there were no thermal shocks to the engines at ignition. The T/E retracts to the launch position of 88.2 degrees at T-4 minutes and 30 seconds.

At T-3 seconds, the nine first-stage engines are commanded to ignite. A second later, the engines ignite and are then begin a final health check. Once the engines are verified to be healthy and producing full thrust, the hydraulic hold-down clamps and the T/E retract, allowing liftoff.

Shortly after liftoff, the Falcon 9 begins a pitch maneuver to an azimuth that will reach a 53.22-degree inclination. A minute and 12-seconds into the flight, Falcon 9 reaches Maximum Aerodynamic Pressure (Max-Q) where the aerodynamic forces are at their peak.

The first stage will conduct a third and final burn, known as the landing burn at T+8 minutes. This 20-30 second burn will slow the stage down to allow a gentle landing on ASOG. If successful this will be the 47th consecutive successful landing and the 121st overall landing of a Falcon booster. Now, B1052-6, it will be taken back to Port Canaveral to be refurbished for a future mission.

B1062-5 lands after supporting the Axiom-1 mission. (Credit: SpaceX)

Just after MVac ignition, the payload fairing then separates exposing the Starlink satellites to space. The second stage will then burn for six minutes placing itself into an elliptical Low-Earth parking orbit. Stage 2 will then coast for around 30 minutes where it will reignite its engine for a second time. This two-second burn will place itself into a 304 by 318 km orbit at the 53.22-degree inclination.

The second stage will then coast for another nine minutes where it will enter a spin. At T+54 minutes and 32 seconds, the 53 Starlink satellites will be deployed. After separation, the second stage will conduct a third and final burn to deorbit itself. The Starlink satellites will then complete their on-orbit checkouts and raise themselves to the 540 km operational orbit.

Starlink Group 4-18 mission is the fourth of five planned missions for May. On May 25 at 2:25 pm EDT, Falcon 9 (B1061-8) will launch the Transporter-5 mission on SpaceX’s fifth dedicated rideshare mission. B1061-8 will then attempt to land on SpaceX’s Landing Zone-1 after launch.

In June, it is set to be another busy month starting with the SpaceX CRS-25 mission. CRS-25 will be using B1067-5 and will launch from LC-39A on June 7 at 11:30 am EDT. Other missions include more Starlink flights, the Nilesat-301 mission using B1049-10 on its last flight, and other commercial missions. 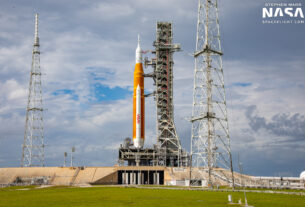 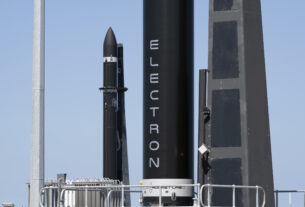