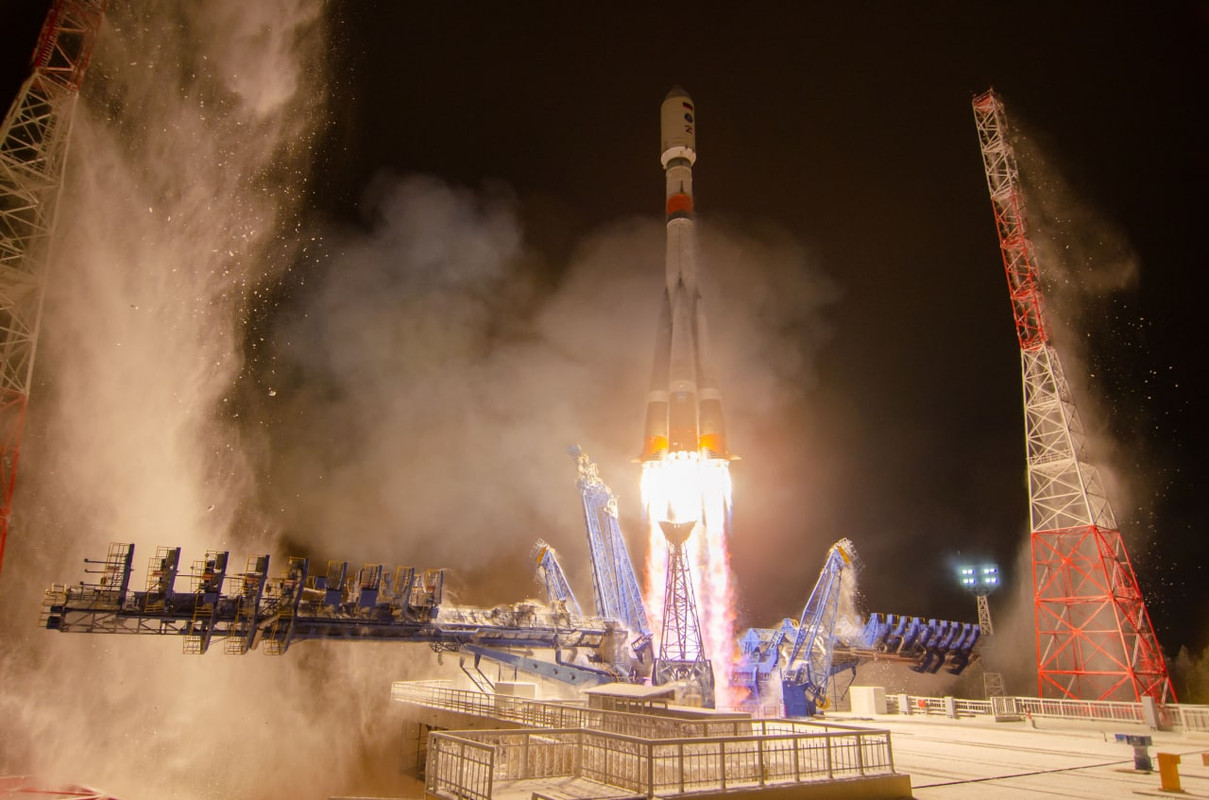 This is the first of two planned launches from the Plesetsk Cosmodrome in just three days, with a classified payload scheduled to launch onboard a Soyuz-2.1a on Wednesday, Nov. 30.

The first generation of GLONASS satellites was created under the ban on foreign radiation-hardened components, and therefore had an inferior design life of three years. With the degraded average life of just 22 months, it was necessary to launch at least seven satellites per year to keep the constellation in operational status. After the ban on foreign radiation-hardened components was lifted, the GLONASS-M satellite was designed with parts available through ITAR control, and now has a design life of seven years.

With four more launches by 2009, there were 18 satellites in orbit, and a planned launch in 2009 would have brought the constellation to operational status.

The only planned launch of 2009 was on a Proton-M/DM-3 and ultimately ended in failure. The launcher deviated from its planned trajectory, leading the Blok DM-3 upper stage and the three satellites to fall back into the Pacific Ocean, 1500 km northwest of Honolulu.

First introduced in 1996 and derived from the Vostok rocket, the Soyuz launcher initially had a poor launch record, with the first four flights ending in failure. The first successful flight of the Soyuz rocket occurred on Nov. 28, 1966 wi,th the launch of the first Soyuz spacecraft.

The first launch was planned to be an “all-up” test of the Soyuz spacecraft, including a docking to a lunar version of Soyuz. The docking never occurred, as the spacecraft was destroyed in an explosion on the launch pad after its launch was scrubbed.

The first and second stages of Soyuz-2.1b ignite before liftoff from Plesetsk.

Monday’s launch also made use of the Fregat upper stage. Plans to redesign the Soyuz rocket with this new stage were introduced in the 1990s, based on the propulsion module of the Phobos interplanetary probes. Despite being endorsed by Roscosmos, the Russian state space agency, and the Russian Ministry of Defense, a lack of funds prevented the plans from being implemented.

The eventual founding of Starsem, a company marketing Soyuz launches internationally, allowed for the creation of a less ambitious rocket, the Soyuz-U/Fregat, also known as Soyuz-Fregat. The Soyuz-U/Fregat consisted of a Fregat upper stage being used on the already existing Soyuz-U launcher, allowing the rocket to carry 1,350 kg to a geostationary transfer orbit (GTO).

Monday’s mission lifted off from Site 43/3 at the Plesetsk Cosmodrome. Plesetsk is one of three cosmodromes currently used by the Russian military as well as Roscosmos, Russia’s state-owned space agency. The other two cosmodromes currently in use are Baikonur Cosmodrome, located in the former Soviet Union-incorporated nation of Kazakhstan, and Vostochny Cosmodrome, located in Russia’s far east.

During the 1960s, the former R-7 pads were repurposed to allow launches of R-7-derived launch vehicles, including the first Soyuz launcher. The first orbital launch from Plesetsk occurred on March 17, 1966, when an R-7-derived Vostok-2 launched Kosmos-112, a first-generation Soviet optical reconnaissance satellite to low Earth orbit (LEO). 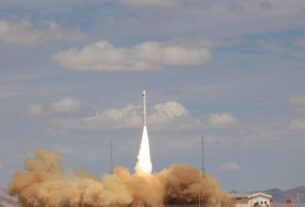 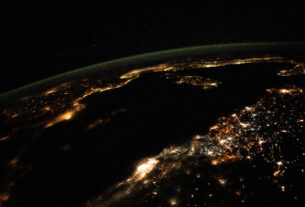 Mediterranean Cities Light Up the Night

Since I’m flying I obviously won’t be able to do any twitch stream tonight. Runway project will have to wait.