The ESA-led Solar Orbiter mission has experienced its second close encounter with the Sun. It is delivering more stunning data, and at higher resolution than ever before.

The moment of closest approach took place on 12 October at 19:12 UTC (21:12 CEST), when Solar Orbiter was just 29% of the Earth’s distance from the Sun. This movie comes from 13 October, when the spacecraft’s Extreme Ultraviolet Imager (EUI) returned the highest resolution movie of the quiet corona ever taken with any instrument.

Each pixel on this movie spans 105 km on the surface of the Sun. This means that if EUI were to look at the Earth from this distance, our entire planet would span just 120 pixels across. The movie itself contains 2048 across, meaning that 17 Earths would fit side by side across this image.

The corona is the Sun’s outer atmosphere. It is termed quiet when there is little appreciable solar activity such as flares or coronal mass ejections. This movie, and others taken during the encounter, show the dynamic nature of the Sun’s million degree-hot corona. The electrically charged gas here, known as plasma, is in constant motion, guided and accelerated by changes of the Sun’s magnetic field. The arches of bright plasma in the movie are being held in place by loops of magnetism that burst up into the corona from the Sun’s interior.

The Sun is currently ramping up for a peak in its activity levels, known as solar maximum, in 2025. So views of a quiet corona are likely to become rarer in the coming few years.

The Sun launches a solar wind of particles that streams out through the Solar System. It originates in the corona but the precise mechanism by which this happens is poorly understood. Investigating this phenomenon is a key focus for solar physicists, and one of Solar Orbiter’s main scientific objectives.

This particular encounter benefited from Solar Orbiter rapidly flying in the direction of Earth. This allowed much more data to be downlinked. It also allowed for coordinated observations of solar features to be made with Earth-based telescopes, from 21 October onwards.

“I am very much looking forward to data from all ten instruments being downloaded during the next few weeks, and then the world-wide science community will be very busy discovering new things using this unique data set,” says Daniel Müller, ESA Project Scientist for Solar Orbiter.

Solar Orbiter is a space mission of international collaboration between ESA and NASA, operated by ESA.

This movie was enhanced with Wavelet Optimized Whitening technique. 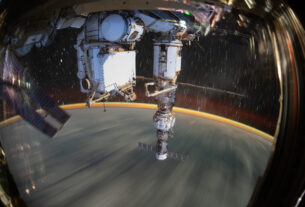 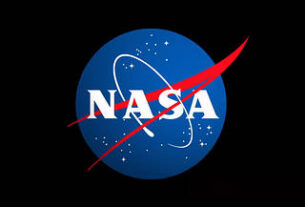