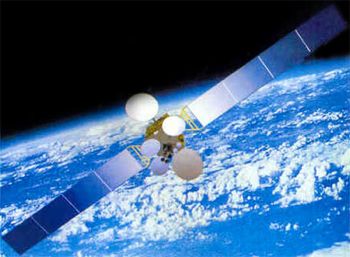 It will crash into the western Philippine Sea

An official livestream will be listed here, if available.

The China Aerospace Science and Technology Corporation (CASC) — the main contractor working in the Chinese space program —will launch the Shijian 23 satellite (also SJ-23) atop a Long March 7A rocket, to a geostationary transfer orbit (GTO). Lift-off will take place at the Wenchang Space Launch Site’s Launch Complex 201, in Hainan, China. The spacecraft will operate in a geosynchronous equatorial orbit (GEO).

What Are The Shijian Payloads?

China’s aerospace industry has a number of prolific programs aimed at improving applied technologies in this field. Shijian satellites are a series of spacecraft which certainly play a role in the mentioned search for progress. This particular fact is highlighted by the Chinese word used for their name: Shijian, or SJ — best practice, put into practice. These payloads are used to test new technologies, which are nevertheless more mature than other similar series of satellites.

One of them is the Shiyan, or SY for short, which some experts point out, should be translated as “pilot” or “trial.” However, these satellites are more commonly mentioned as “experiment,” a more widely used translation. Through this designation it is possible to infer these satellites are at an earlier stage of testing a new technology. Yet another series aiming to achieve similar goals are the Chuangxin, or CX — innovation — most probably in a similar experimental stage as the SY.

Both SJ and SY payloads have been contributing for decades now to the China High-resolution Earth Observation System (CHEOS). However, a distinction can be made between those last two, as the Shijian sats have favored more radar and infrared payloads. On the other hand, Shiyan have been more focused on Earth-observation satellites. The fact that SJ spacecraft are more developed hardware could imply a lower failure ratio, when compared to the Shiyan more experimental spacecraft, or the Chuangxin.

Not very much has been disclosed about the Shijian 23, but it is suspected to be a communications satellite. As such, and considering the “experimental” nature of this payload, it could be a test of the next-generation high-throughput comsat. It could be built on the DFH-4E platform, and it is believed to be very similar to the Shijian 13. In the case this was true, and after all of the tests are finished, the spacecraft could change to a ChinaSat (Zhongxing) designation to continue operating.

Developed and manufactured by the Chinese CAST, the DFH-4E is suspected to be the platform used to manufacture the Shijian 23. Those initials stand for “Dongfanghong-4 Enhanced,” the first word meaning “The East is Red.” Its first implementation was in the ChinaSat 18 satellite, though this one could add dual-expansion solar arrays. Among its applications, this bus can support payloads of many different sorts, like broadband communications, mobile communications, broadcasting, and high-orbit remote sensing.

As previously mentioned, these satellites are part of a larger group of “put into practice” payloads. In the following table you can find some other Shijian spacecraft that were launched in the somewhat recent past.

What Is The Long March 7A?

Like many other programs in the spaceflight world, the Chinese space program builds up on heritage knowledge and hardware from the defense sector. Examples of this are the veteran rockets in the family, namely the Long March 2, 3, and 4 — these still have active variants — which derive from the Dong Feng 5 intercontinental ballistic missiles (ICBM).

Painted on the rocket’s fuselage — more precisely on its first stage, between two boosters — the identification Y4, or Yao 4, can be seen. Through this, it is possible to know this was the fourth Long March 7A built. As shown in the previous table, the flight with a Y5 serial number came before the present one. This is not uncommon, and could simply mean operations regarding the Y4 rocket were delayed for some reason. 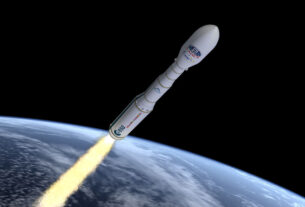