United Launch Alliance (ULA) successfully launched the SES-20 & SES-21, twin C-band satellites, to near-circular, near-geosynchronous orbits at an inclination of 1.9° on their Atlas 531. Once separated, the satellites used their onboard propulsion systems to circularize the orbits at 22,300 miles above the equator. The rocket lifted off from Space Launch Complex 41 at the Cape Canaveral Space Force Station in Florida, marking the 378th Atlas launch of the company from this site.

Initially, the launch date was planned on September 30 but was delayed due to the potential impacts of Hurricane Ian.

The SES-20 & SES-21 are two highly-efficient all-electric 702SP C-band communication satellites owned by SES S.A., a Luxembourgian telecommunication company. The satellites were designed and produced by Boeing Satellite Systems. These were the first commercial satellites delivered by the company since the start of the global COVID pandemic.

The satellites went through environmental testing at Boeing’s satellite factory in El Segundo, California. The tests included vibration, thermal vacuum, electromagnetic interference, and acoustic testing. Then, the SES-20 & SES-21 satellites were integrated into a dual-launch configuration platform built by Boeing.

The SES-20 & SES-21 satellites during their environmental testing. (Credit: SES)

Each satellite has a mass of 3,500 kg, two solar arrays, and a lifespan of 15 years. Their main aim is to provide North America with digital broadcasting services. Together with the other four satellites (SES-18, SES-19, SES-22, and SES-23), the SES-20 & SES-21 satellites will contribute to the effort of clearing from the lower 300 MHz to the upper 200 MHz of the C-band spectrum necessary to deploy 5G services in the United States. SES-20 & SES-21 will operate in the 103° West and 131° West orbital slots, respectively.

The satellites are based on the proven 702SP satellite platform built by Boeing and introduced in 2012. It uses an all-electric station-keeping propulsion system that is called the xenon ion propulsion system (XIPS). It consists of four 25-cm thrusters and is 10 times more efficient than conventional liquid fuel systems.

The SES-20 & SES-21 satellites encapsulated in the fairing. (Credit: SES)

The SES-20 & SES-21 satellites likely make use of a software system called Adaptive Resource Control (ARC). This software already supports the SES-17 satellite launched in October 2021. ARC provides dynamic management of service requests and available resources in orbit and on the ground. SES has been working on ARC with Kythera Space Solutions since September 2019 when they jointly announced the development.

The Atlas V is an expendable medium lift launch system and member of the Atlas rocket family. The rocket has two stages. The first is a Common Core Booster (CCB), which is powered by an RD-180 engine and burns kerosene (RP-1) and liquid oxygen (LOx). This is accompanied by up to five strap-on solid rocket boosters. The second stage is the Centaur upper stage, which is powered by one or two RL10 engines and burns liquid hydrogen (LH2) and liquid oxygen (LOx).

In the 531 configuration, the Atlas V is capable of carrying up to 7,450 kg to Geostationary Transfer Orbit (GTO).

Atlas V rockets have a three-number configuration code. The first number represents the fairing diameter size in meters, so in this instance, there is a 5-meter fairing. The second number denotes the number of solid rocket boosters (SRBs), which attach to the base of the rocket. The number of SRBs for a 5-meter fairing can range from 0 – 5. In this case, there will be three SRBs attached to the center core. The third number shows the number of engines on the Centaur Upper Stage, which is 1 in this configuration. So this means that this rocket had a 5-meter fairing, three solid rocket boosters, and one engine on the Centaur Upper Stage. 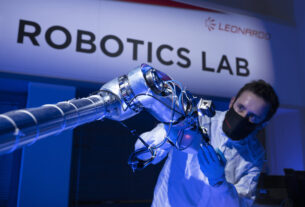 A helping hand for Mars 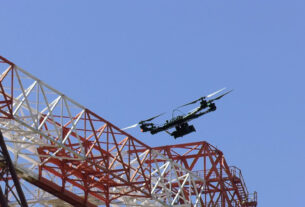