Following unusual seismic disturbances in the Baltic Sea, several leaks were discovered last week in the underwater Nord Stream 1 and 2 gas pipelines, near Denmark and Sweden. Neither pipeline was transporting gas at the time of the blasts, but they still contained pressurised methane – the main component of natural gas – which spewed out producing a wide stream of bubbles on the sea surface.

With the unexplained gas release posing a serious question about the incident’s environmental impact, a suite of complementary Earth observation satellites carrying optical and radar imaging instruments were called upon to characterise the gas leak bubbling in the Baltic. 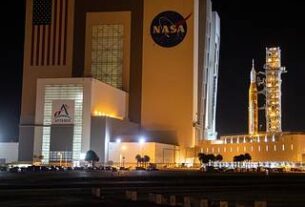 NASA to Discuss, Conduct Test to Prepare for Artemis I Moon Mission

ESA counts down to Asteroid Day with news on riskiest asteroid