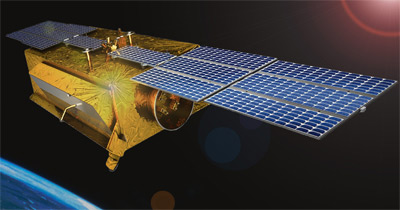 SpaceX successfully launched the SARah 1 radar satellite for Bundeswehr on their Falcon 9 Block 5. Having lifted off from Space Launch Complex 4 East, at the Vandenberg Space Force base, in California, the Falcon 9 placed the SARah 1 satellite and other rideshare satellites into a 750 km Sun-Synchronous Orbit.

SARah 1 is equipped with two large solar cells and batteries to provide power to the spacecraft. It is unknown what kind of propulsion the satellite uses.

SARah 1 is joined by several other ride share satellites; however, none of these have been announced.

The booster that supported the SARah 1 mission is B1071. This booster had supported two previous flights, making its designation for this mission B1071-3; this changed to B1071-4 upon successful landing

Both fairing halves are equipped with cold gas thrusters and a parafoil which are used to softly touch down the fairing half in the ocean. SpaceX used to attempt to catch the fairing halves, however, at the end of 2020 this program was canceled due to safety risks and a low success rate. On SARah 1, SpaceX attempted to recover the fairing halves from the water with their recovery vessel NRC Quest. 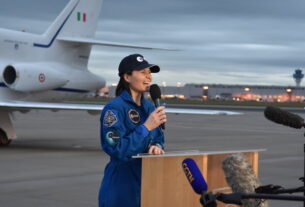 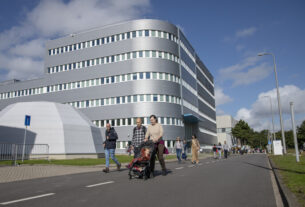 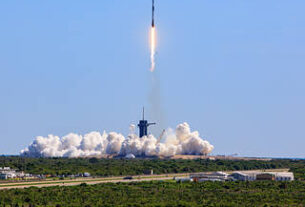