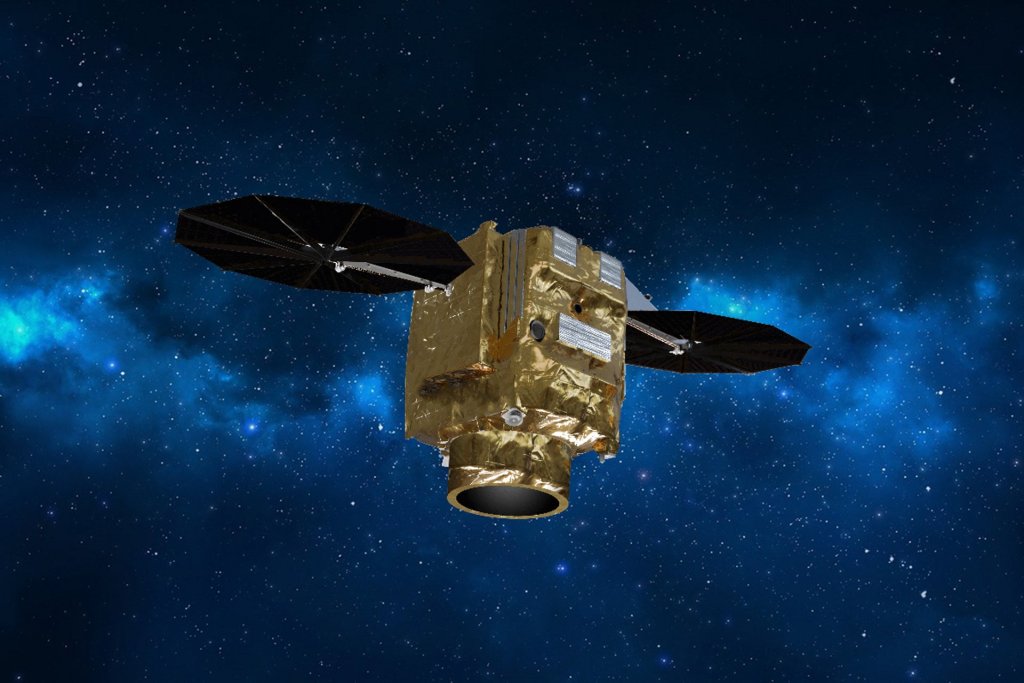 Where were the satellites going?

The booster crash landed into the Atlantic Ocean (as expected)

So How Did It Go?

Arianespace launched its small-lift rocket, Vega C, from its equatorial launch site in French Guiana. It was intended to send several satellites to a Sun-synchronous orbit (SSO). The main payload was a pair of Pléiades Neo satellites, Pléiades Neo 5 & 6. These were to be members of a set of high resolution Earth observation satellites.

The first stage performed its task successfully. The initial stage separation was also nominal. Unfortunately, the rocket encountered an anomaly during the burn of the 2nd stage. According to initial reports from Arianespace, an anomaly occurred at 2 minutes 27 seconds into flight.

The anomaly occurred in the Zefiro 40 second stage motor. The CEO of Arianespace, Stéphane Israël, stated that an “under pressure” condition had occurred. After this, the trajectory of the vehicle diverged from what was expected. The payloads were lost following this deviation.

In a media conference the following day, Pierre Yves Tissier (CTO of Arianespace) reported a loss of pressure that developed progressively, starting at 7 seconds after second stage ignition. This would have been at 140 seconds (i.e. 2 minutes 20 seconds) into flight. The updated information reports that the sudden pressure loss then occurred at T+208 seconds (3 minutes 28 seconds into flight). It was at this point that the mission appears to have failed.

CNES, the holder of the launch safety license, then ordered the destruction of the vehicle, under standard operating procedures. Arianespace and ESA have jointly announced the setting up of an independent inquiry into what happened during this mission, and what steps should be taken next.

The apparent loss of pressure and thrust appear to be similar to the symptoms seen during flight VV15 (a traditional Vega rocket). Flight VV15 experienced a breach in the booster casing, leading to mission failure. The failure inquiry referred to “a thermo-structural failure in the forward dome area” of the second stage.

Pléiades Neo 5 and 6 were intended to be the last batch in a series of next-generation imaging satellites that are generating very high resolution Earth observation imagery. Their predecessors, Pléiades-Neo 3 and 4, launched in April and August 2021 respectively.

Airbus Defence and Space has funded, owned, and operated the Pléiades-Neo program entirely on its own. The satellites have an imaging system that gives 30 cm resolution. This specific SSO orbit enables it to overfly a location twice every day.

In addition, Airbus mentions the powerful use of the generated images to assist in map-making and map updating in up to 1:2000 scale.

Pléiades Neo 5 and 6 attached to the payload adapter (Credit: ESA/CNES/Arianespace

Arianespace considers Vega to be its small-lift rocket. Vega sits alongside its siblings, the heavy lift Ariane V and medium lift Soyuz. The rocket’s name comes from the brightest star in the constellation of Lyra. It consists of three solid motor stages with a liquid propellant upper stage on top, making four stages in total.

Vega had one launch failure (VV15) in 2019 and another (VV17) in 2020. The anomaly on VV15 was found to most likely be due to “a thermo-structural failure in the forward dome area of the Z23 motor”. The failure on VV17 was confirmed in December 2020 to be due to incorrectly connected cables in the rocket’s AVUM upper stage.

Vega C (Consolidation) is an upgrade to the previous Vega rocket which has flown several times before. Vega C has more powerful solid rocket motors in the first and second stages. The first stage motor will also be used as side boosters on Ariane 6. Vega C has a larger payload fairing, allowing twice the volume of previous Vega variants. Vega C’s inaugural flight, a test mission, took place on July 13, 2022, and was successful. This flight was Vega C’s first operational flight.

The first stage, known as P120C, is 11.7 m long, with a diameter of 3.4 m. Its total mass at time of launch is 154,600 kg (341,000 lb). It uses Hydroxyl-terminated polybutadiene (HTPB) for propellant. This is a substance that combines the fuel and the oxidizer together. The Polar Satellite Launch Vehicle (PSLV) rocket flown by the Indian Space Research Organisation (ISRO), and the M-5 rocket flown by the Japan Aerospace Exploration Agency (JAXA), also use HTPB.

The rocket motor burns for a duration of 93 seconds, and has a specific impulse of 293.5 seconds. While burning it delivers an average thrust of 1,304 kN.

This stage’s motor burns for a duration of 117.1 seconds, with a specific impulse of 295.2 seconds. During its firing, it generates an average thrust of 314 kN.

After its burn, the remaining chassis and nozzle have a mass of 906 kg.

The final stage of the Vega rocket, called AVUM+ (for Attitude & Vernier Upper Module), has a length of 1.7 m and a diameter of 1.5 m. This stage uses hypergolic propellants, specifically unsymmetrical di-methyl hyrdazine (UDMH) for fuel and nitrogen tetroxide (N2O4) as oxidizer.

The propellant mass on this stage is 740 kg. After burning, the remaining dry mass of the stage is 590 kg.

This stage’s engine burns for a duration of 940 seconds, with a specific impulse of 314.6 seconds. After this burn, it enters a coast phase for 37 minutes. Following the coast period, the engine will restart for a second burn. The second burn lasts for just over one minute.

After the second burn, the main payloads Pléiades Neo 5 & 6 will be deployed. This will mark the end of the VV22 mission, after about 55 minutes of flight time. 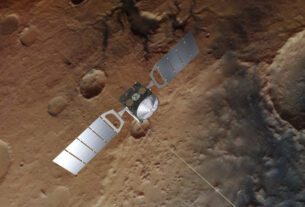 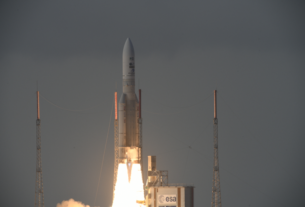 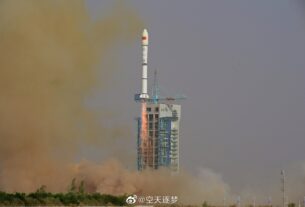