The first stage suffered an anomaly during flight and was not recovered.

The New Shepard 4 booster suffered an anomaly during flight while going through the region of maximum aerodynamic pressure (max-Q) on the NS-23 mission. Most importantly, there was no harm to human life throughout the abort sequence, which occurred approximately 1 minute 5 seconds into flight.

This was the ninth flight for the booster after eight previously flawless flights. The issue appeared to initiate from the engine area with a large flame followed my capsule abort motor firing. After aborting, the capsule reached an apogee of about 11.4 km (7.08 miles) before returning to Earth and safely landing under parachutes.

Small payloads from universities, private laboratories, and government organizations flew inside the New Shepard crew capsule on board NS-23. The payloads total 36, 24 of which are from K-12 schools, universities and private organizations focused on Science, Technology, Engineering, and Mathematics (STEM).

It is unknown which payloads were unsuccessful in their data gathering due to the anomaly.

In collaboration with NASA’s Johnson Space Center, Infinity Fuel Cell will be experimenting with hydrogen fuel cell technology. This technology could be used on lunar rovers and other surface equipment such as power tools and habitats. Hydrogen fuel cells have the ability to scale, resize, and adapt to fit into nearly any hardware necessary and provide sufficient power. The purpose of this flight will be to prove the technology’s capability in microgravity.

The Biological Imaging in Support of Suborbital Science (BISS) experiment has been adapted for suborbital spaceflight after originally being designed to fly aboard the International Space Station (ISS). It’s main goal is to test biological responses to suborbital missions using the FLEX florescent imaging system.

The main goal of ASSET-1 is to test how regolith, the soil found on other planets, respond to different gravity conditions. This first flight will aim to test to the soil strength of asteroids in microgravity. Data from this experiment could help asteroid mining and drilling observations in the future. The experiment was developed by Honeybee Robotics and funded by NASA’s Flight Opportunities program.

A unique payload due to it’s creator, a group of six high school students. These students are from NeoCity Academy in Kissimmee, Florida, USA. Their experiment is designed to last three minutes and test the effects of microgravity on ultrasonic sound waves.

The Wax Casting experiment is focused on the advancement of propellants such a paraffin and beeswax. Many solid propellants are hazardous and harmful to people and the environment. Wax provides a cleaner, non-toxic, and more affordable solution. On NS-23 MIT Media Lab will rotate melted candle wax and a similar liquid called heptadecane to study how the process to form fuel cells out of wax works in microgravity.

NS-23 was the ninth and final flight of the NS4 rocket. NS4 has some improved accessibility panels for easier cleaning and checkouts of the hardware. NS4 has already performed five flights, in which it landed successfully along with the capsule. These tests have given Blue Origin and the FAA confidence to fly humans on this booster. 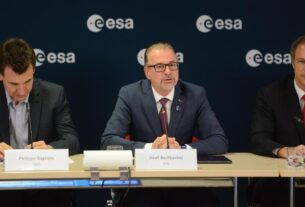 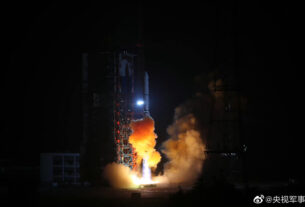 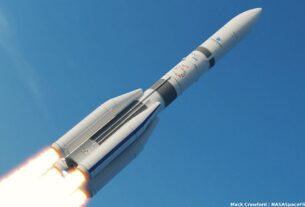