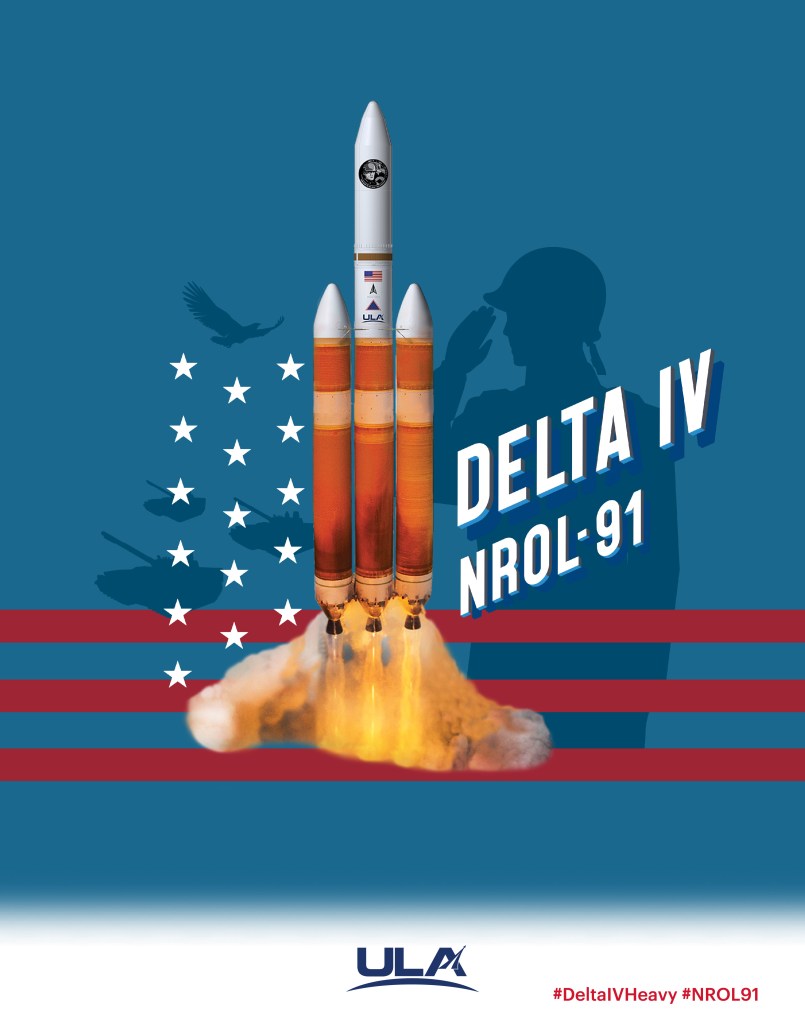 NROL-91, a mission for the National Reconnaissance Office

No, booster reuse is not a capability of the Delta IV

No, fairing reuse is not a capability of the Delta IV

The 30th weather squadron does not release public weather forecasts

Tim Dodd, the Everyday Astronaut, will be streaming at T-30 minutes; come ask questions and join the conversation live!

United Launch Alliance (ULA) will launch the NROL-91 mission for the National Reconnaissance Office (NRO) atop a Delta IV Heavy. Launching from Space Launch Complex 6 at the Vandenberg Space Force base, in California, this mission will mark the final Delta IV Heavy launch from the west coast and the third-to-last Delta IV Heavy launch ever. ULA is retiring both the Delta and Atlas vehicles in favor of Vulcan, which is scheduled to have its maiden launch in Q1 2023.

Due to the classified nature of the NROL-91 mission, little information is known. However, it is suspected that this mission is part of the NRO’s Keyhole-11 (KH-11) constellation. This constellation is an electro-optical digital imaging constellation that provides real-time observation to the US government. It is thought that each satellite has a mass of ~15,000 kg and is built by Lockheed Martin.

Each satellite is thought to have a 2.4-meter mirror (the same size as the Hubble Space Telescope, which is based on the keyhole satellites), which would result in a ground resolution of .15 meters.

What Is The Delta IV Heavy?

The Delta IV Heavy is one the most powerful active rockets, falling behind SpaceX’s Falcon Heavy and NASA’s Space Launch System.

Being a heavy lift launch vehicle, the Delta IV Heavy is able to place up to 28,000 kg into a 90-degree low-earth orbit and up to 14,000 kg into a 27-degree geostationary transfer orbit (GTO). Based on the payload, ULA has two fairing sizes to accommodate different payload sizes. Both fairings are 5 meters in diameter and one is 14 meters tall while the other is 19.1 meters tall.

The first stage of the rocket is composed of three nearly identical boosters strapped together. Each of the three boosters has a single RS-68A engine, which is manufactured by Aerojet Rocketdyne. Each engine produces 3,100 kN of thrust while maintaining an ISP of 362 seconds. The engine burns on liquid hydrogen (LH2) and liquid oxygen (LOx).

During the course of the flight, the center booster will throttle down to save fuel. This allows for the side boosters to separate before the center core is out of fuel, allowing for a higher total delta-V.

The second stage of the Delta IV Heavy is the Delta Cryogenic Second Stage (DCSS), which is powered by a single vacuum-optimized RL10B-2 engine. Like the first stage, the stage runs on LH2 and LOx. This engine produces 110 kN of thrust and has an ISP of 462 seconds. 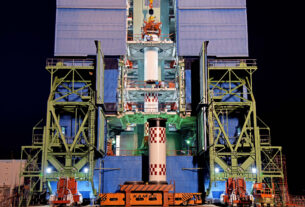 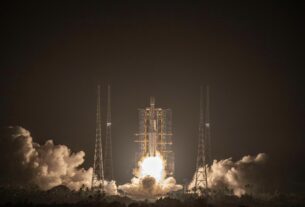