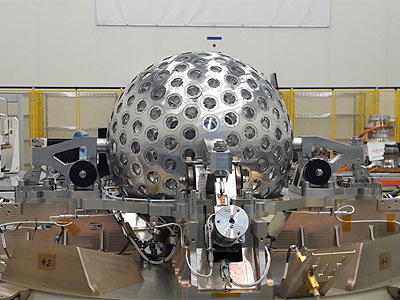 No, this is not a capability of the Vega-C

No, this is not a capability of the Vega-C

Arianespace and the European Space Agency successfully completed the inaugural launch of the Vega-C rocket, an upgraded version of the Vega rocket. The rocket launched from the Guiana Space Centre in French Guiana, taking multiple payloads, including the LARES 2, to orbit.

The Vega-C carried several payloads to orbit, the largest being the LARES-2. This was accompanied by the AstroBio Cubesat, the GreenCube, the CELESTA, the TRISAT R 3U, the MTCube 2, and the Alpha.

The LARES-2, or the Laser Relativity Satellite 2, is an improved version of the LARES satellite currently in orbit. The satellite was built for the Italian Space Agency by the Italian National Institute for Nuclear Physics. As seen below, the LARES-2 is a 42 cm sphere which is covered in reflectors. The satellite is passive, but will be monitored by ground station lasers, which will measure the frame dragging, or the Lense-Thirring effect, which is a distortion of space-time caused by the rotation of a planetary body, like the Earth. Though small, the satellite has a large mass of almost 295 kg, which means the satellite will be protected from disturbances like solar wind and photons, which could cause the spacecraft to wobble.

The CELESTA (CERN Latchup Experiment STudent sAtellite), also known as the ROBUSTA 1D (Radiation on Bipolar Test for University Satellite Application), is a Cubesat from the University of Montpellier II. The satellite is tasked with studying electronic system short circuits caused by energy particles, and will compare this to the radiation environment in CERNs High energy AcceleRator Mixed field facility (CHARM)

MTCube 2 (Memory Test CubeSat), also known as the ROBUSTA 1C is also a Cubesat project from the University of Montpellier II. Its mission will be to conduct experiments on the radiation effects on memory components in space. The mission is on behalf of the European Space Agency.

The TRISAT-R satellite is a scientific and educational mission developed by the University of Maribor in Slovenia. The Cubesat will primarily investigate and map ionizing radiation in medium Earth orbits (MEO), as well as test AI algorithms using COTS components and error mitigation techniques in the high radiation environment of space.

ALPHA is an Italian technology demonstration developed by ARCA dynamics. The aim of the Cubesat is to demonstrate radiation hardened technology. The mission will happen in in the inner Van Allen Belt, in medium Earth orbit (MEO). This is an extremely harsh radiation environment where the Earth’s magnetic field traps the harmful solar winds and cosmic rays of the sun. While there, ALPHA will perform experiments which will allow us to better understand magnetosphere related phenomenons, like the Northern and Southern Lights.

The AstroBio Cubesat and GreenCube are Italian technology demonstration Cubesats developed by ENEA. AstroBio is testing solutions for detecting bio-molecules, technology which will improve astronaut health and could even help in the search for life in future planetary exploration missions! GreenCube will conduct an experiment in growing plants in a microgravity environment.

What Is The Vega-C?

The Vega-C, or the Vega Consolidation, is an updated version of the original Vega rocket that has been optimized for better launch performance and flexibility. Development started in 2014 with the aim of meeting ever changing payload demands and to compete with less expensive launch providers. This was the rockets maiden voyage.

The Vega-C features several key changes from the original Vega model. On the first stage, the original P80 motor has been replaced with the the PI20C booster. The entire Zefiro 23 second stage has been replaced with the Zefiro 40. The current AVUM fourth stage will be replaced by a larger AVUM+. These updates will allow for new mission parameters. The Vega-C will be able to carry dual payload when using the Vespa-C payload adapter, alternatively, it will be able to carry a single large satellite with several small payload when using the Vampire and SMSS multiple payload dispenser.

The Vega-C has three solid fuel stages and a fourth liquid fueled stage. It is capable of taking ~2200 kg to a 700 km polar orbit.

Vega C’s first stage, the P120C, uses hydroxyl-terminated polybutadiene (HTPB) for propellant. The stage generates an average thrust of 3,015 kN and has a specific impulse of 280 seconds.

The third stage, Zefiro 9, also uses HTPB propellant. This stage’s motor provides 314 kN of thrust and it has a specific impulse of 295.2 seconds. This stage is identical to the original Vega third stage. 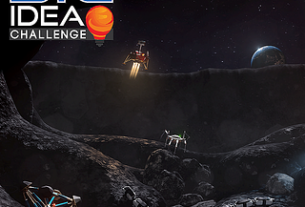 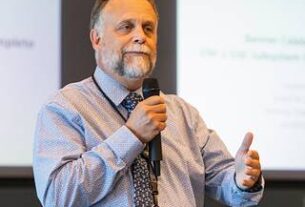 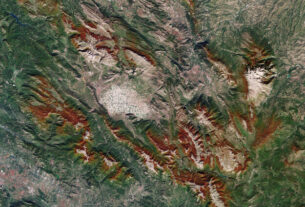