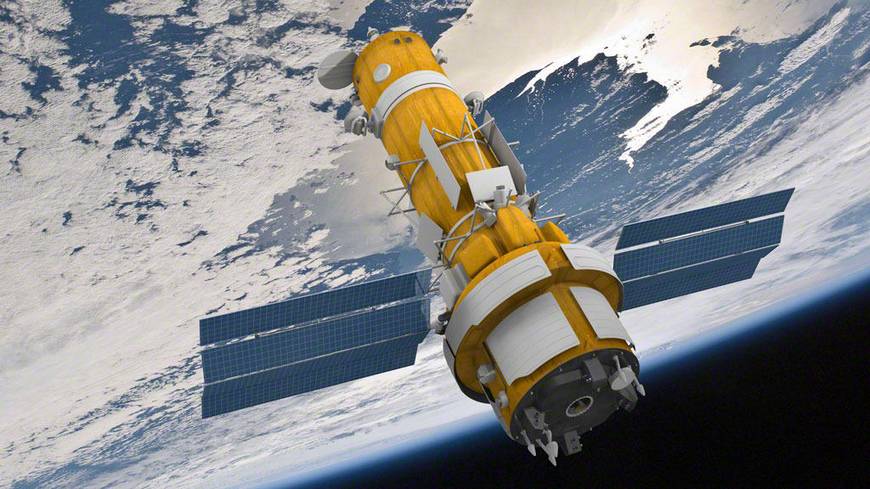 No, Soyuz is not capable of recovery

No, Soyuz is not capable of recovery

The Bars-M series of satellites includes electro-optical area surveillance satellites for military cartography that combine topographic and high-resolution Earth imaging systems. These satellites are intended to replace the old Yantar-1KFT (Kometa) series and the cancelled Bars series. The Bars-M satellites are being developed and manufactured by the TsSKB-Progress that was contracted by the Ministry of Defence of Russian Federation.

The Bars-M No. 3 satellite platform is 4.0 x 2.3 x 2.3 m and has a mass of around 4,000 kg. It consists of three compartments: a service module, an instrument module, and a payload module that features the Karat imaging instrument built separately by the Leningrad Optical Mechanical Association. Moreover, the payload compartment hosts a dual laser altimeter that is aimed to deliver images with a ground resolution of around one meter.

The Bars-M satellites use a SVIT propulsion system that can be found in the non-pressurized service module and is composed of the main engine and 12 attitude thrusters. Two deployable solar arrays provide electrical power to the spacecraft.

ROSCOSMOS’s Soyuz is a multi-use medium-lift launch vehicle that was introduced in 1966 and since then has been the workhorse of the Soviet/Russian space program. It is able to launch civilian and military satellites, as well as cargo and crewed missions to the ISS. Over the decades, several variants of the Soyuz rocket have been developed. Soyuz 2.1a is one of its latest iterations that belongs to the Soyuz-2 rocket family.

Soyuz 2.1a is starting its Kosmos 2553 mission. (Credit: Ministry of Defense of the Russian Federation)

The RD-107A engine runs on rocket-grade kerosene (RP-1) and liquid oxygen (LOx). The propellants are stored in the pressurized aluminum alloy tanks, the kerosene tank is located in the cylindrical part of the booster, and the LOx tank is in the conical section. Each one of those engines has four combustion chambers and together they are capable of producing a thrust of 840 kN at sea level and 1,020 kN in a vacuum.