Where will the satellites go?

Will they attempt to recover the first stage?

No, the Atlas V is not capable of booster recovery

Will they attempt to recover the fairings?

United Launch Alliance (ULA) is set to launch the Joint Polar Satellite System-2 satellite to polar orbit atop its Atlas V rocket. The rocket will launch in its 401 configuration–a four-meter payload fairing, 0 SRBs, and 1 RL-10 engine on the second stage–from Space Launch Complex 3 East, at the Vandenberg Space Force Base, in California, USA. This launch will mark the 97th launch of an Atlas V rocket.

In 2011, the NPOESS program was canceled, in favor of the JPSS constellation. To support this, on November 21, 2017, the JPSS-1 satellite was launched. This satellite, later renamed NOAA-20, gives meteorologists information on “atmospheric temperature and moisture, clouds, sea-surface temperature, ocean color, sea ice cover, volcanic ash, and fire detection.” This data will enhance weather forecasting.

As a follow-up to this mission, the JPSS-2 satellite will do largely the same. The spacecraft has numerous instruments. The first is the advanced technology microwave sounder (ATMS). This is a cross-track scanner with 22 channels, which provides sounding observations needed to retrieve moisture and temperature profiles for real-time measurements of the climate.

An artist’s rendering of the JPSS-2 satellite (Credit: Orbital-ATK)

The second instrument on the spacecraft is the Cross-track Infrared Sounder, which produces high-resolution 3D moisture, pressure, and temperature profiles. The third element is the ozone mapping and profiler suite, which, as the name implies, measures the ozone in the atmosphere. This is part of a 25-plus year total-ozone record, which has been used to progress the healing of the ozone layer.

The final instrument is the visible infrared imaging radiometer suite, which takes global visible and infrared observations of the land and ocean in high temporal resolution.

The satellite has a mass of right around 3,000 kg and was manufactured by Northrop Grumman Innovation Systems and is based on the LEOStar-3 satellite bus. This satellite bus dates back to 2003–when it first launched on the Coriolis satellite–and is a high-performance adaptation of the New Millennium Deep Space 1 prob for LEO. The satellite has deployable solar arrays and batteries to power itself in orbit, where it is expected to survive for seven years.

The Atlas V is an expendable medium-lift launch system and member of the Atlas rocket family. The rocket has two stages. The first is a Common Core Booster (CCB), which is powered by a single RD-180 engine that burns kerosene (RP-1) and liquid oxygen (LOx). This is accompanied by up to five strap-on solid rocket boosters. The second stage is the Centaur upper stage, which is powered by one or two RL10 engines and burns liquid hydrogen (LH2) and liquid oxygen (LOx).

Atlas V rockets have a three-number configuration code. The first number represents the fairing diameter size in meters The second number denotes the number of solid rocket motors (SRMs), which attach to the base of the rocket. The number of SRMs for a 4-meter fairing can range from 0 – 3. However, the 5-meter fairing Atlas V can support up to 5 SRMs, due to the different aerodynamic properties of the fairing. For the Lucy mission, there will be 0 SRBs attached to the center core. The third number shows the number of engines on the Centaur Upper Stage. 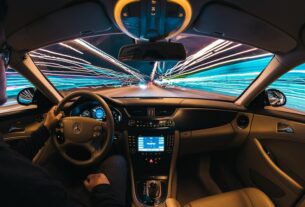 How space helps connect everyone everywhere 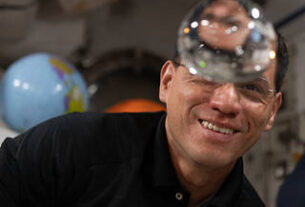