No, this is not a capability of the Long March 6

It crashed in the north eastern region of China

No, this is not a capability of the Long March 6

Once available, on official replay will be listed here

The Shanghai Academy of Spaceflight Technology successfully launched 16 Jilin-1 satellites into a Sun-Synchronous orbit atop their Long March 6 launch vehicle. The rocket lifted off from LC-16 in the Taiyuan Satellite Launch Center, in China. This mission marked the tenth launch of the Long March 6 rocket.

The Jilin-1 constellation is a set of high definition video remote sensing satellites in low-Earth polar orbit, operating at an altitude of 535 km. These satellites are designed and owned by the Chang Guang Satellite Technology Co. Ltd (CGST) located in Beijing. China would like to increase the number of satellites to 138 by the end of 2030. The constellation is China’s first consumer Earth observation satellite, used to help in disaster relief.

On this mission, aboard were ten Jilin-1 high-resolution optical imaging satellites and six infrared satellites developed jointly with Yunyao Aerospace, a commercial meteorological satellite data firm. The high-resolution satellites are based on the Jilin-1 Gaofen 03D satellite platform and have a resolution of 0.75 m. The infrared A01 to 06 satellites, on the other hand, carry infrared imaging payloads and GNSS occultation instruments. These instruments can detect signals from GPS and other navigation satellites. This provides data for weather forecasting and monitoring different atmospheric processes.

The Long March 6, or Chang Zheng 6 (CZ-6), is a liquid-fueled small-lift launch vehicle developed by the Shanghai Academy of Spaceflight Technology (SAST) together with the China Aerospace Science and Technology Corporation (CASC). The Long March 6 was developed for Sun-synchronous orbits, and can put up to 1,080 kg of payloads into a 700 km SSO.

The vehicle is 29.3 m tall and 3.35 m wide, it is reminiscent, not only in form, but also in payload capability, of Arianespace’s VEGA rocket.

Long March 6’s first stage is 3.35 m in diameter and powered by one YF-100 engine that is fueled by highly refined kerosene (RP-1) and liquid oxygen (LOx). The engine produces 1,200 kN of thrust at lift off and has a specific impulse of 300 s and 335 s at sea level and in a vacuum, respectively. The YF-100 engine is an oxygen-rich staged combustion cycle engine.

It is unclear what engine or engines the third stage utilizes. Different sources and renders show either one engine that could run on the hypergolic fuels dinitrogen tetroxide (N2O4) and unsymmetrical dimethylhydrazine (UDMH), or four YF-85 engines that run on hydrogen peroxide (H2O2) and highly refined kerosene (RP-1). On the website of the Shanghai Academy of Spaceflight Technology (SAST), they state that the third stage is powered by one YF-50E engine that runs on N2O4 and UDMH. Either way, this third stage has relight capability to put the payloads into custom orbits. 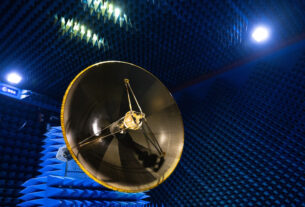 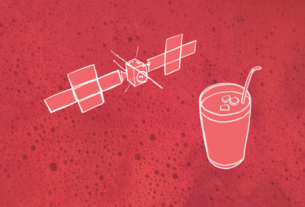