Roscosmos is launching several Goniets-M communications satellites to a Low Earth Orbit (LEO) along with a Skif-D satellite to a Medium Earth Orbit (MEO), on a Soyuz 2.1b rocket featuring the optional Fregat-M final stage. It will launch from Vostochny Cosmodrome, in Far East Russia.

This particular Soyuz rocket is using a relatively new fuel type on all of its booster stages. Instead of the conventional RP-1 kerosene-based fuel, it will use “naphthyl”, also known as RG-1. This is a move that is currently only planned for launches from the Vostochny Cosmodrome.

Goniets-M satellites are communication satellites that serve a particular service for areas of the globe with otherwise little to no communications infrastructure. They are used for storing data and messages uploaded during one part of their orbit over a transmitting station. The satellite then offloads the data to a receiving station once it has passed this station overhead. The main application area for this service is transfer of medical records for international organizations.

Commercial Goniets-M satellites are an upgraded version of original Goniets satellites, which were in turn derived from a military system known as Strela-3. Original Goniets satellites could store 12 Mbits of data, and transmit information at a rate of 2.4 kbit/second (or 2400 baud). There were nine successfully launched Goniets production satellites, with an on-orbit lifetime of 1.5 years. They were all launched on Tsyklon-3 rockets between 1996 and 2001.

Goniets-M satellites have 8 Mbytes of onboard storage, a significant increase from 12 Mbits on the earlier generation. Transmission rates of 2.4 gbit/s, 9.6 kbit/s, and 64 kbit/s are now available. The complete constellation is expected to consist of 36 satellites in six orbital planes. The lifetime of this newer generation on-orbit is 5-7 years. To date, there have been 22 successfully deployed satellites in the constellation. These three satellites were ordered in 2019 as blok no.18. At that time, they were scheduled to be launched via an Angara rocket.

Skif-D is a demonstration spacecraft for broadband Internet. It will be the first deployed satellite in a program known as Sphere. The Sphere program is thought to eventually consist of multiple satellite systems. The Skif constellation is planned to have 12 satellites in orbit by 2028.

Artist’s impression of the Skif-D satellite in operation (Credit: vk.com/skifn)

Skif and the Sphere system are designed to compete against other constellations being deployed currently, including Starlink and OneWeb. The Sphere program in total is expected to consist of over 600 spacecraft.

The launch date for this flight has depended on the readiness of the Skif-D satellite.

four side boosters (booster stage)a central core booster (first stage, which is lit at the same time as the side boosters, on the ground)an upper (central) stage which is common to all Soyuz rockets regardless of payloadthe re-startable Fregat “upper” stage (fourth stage) – this is not always used, for example it is not used with Soyuz spacecraft or Progress spacecraft

Traditionally, Soyuz booster stages have used RP-1 (highly refined kerosene) as propellant. For this flight, however, reports claim that this flight will use a different propellant, naphthyl, on all booster stages. Naphthyl is also known as RG-1, and is also based on kerosene. Its principal difference from RP-1 is that it has 12%less sulfur content than RP-1. When discussing this new fuel in March 2019, Rostekh’s executive director Oleg Evtushenko said “Technological innovations will reduce the load on the environment and significantly increase the payload put into orbit.” 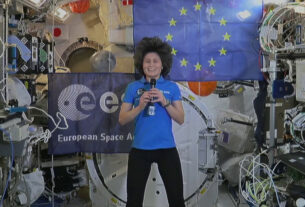 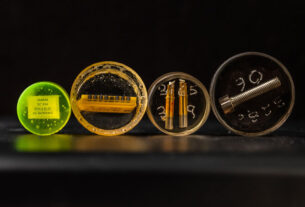 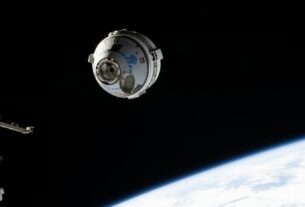 Starliner undocks from the ISS, prepares to return to Earth