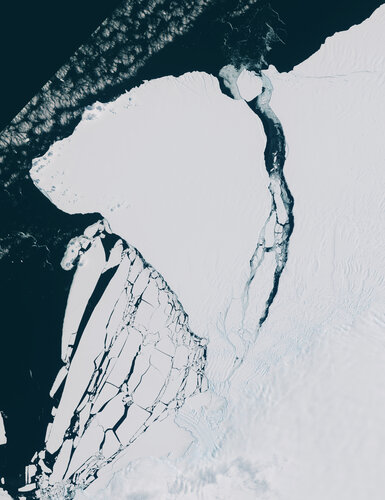 Satellite imagery confirms an enormous iceberg, around five times the size of Malta, has finally calved from Antarctica’s Brunt Ice Shelf. The new berg, estimated to be around 1550 sq km and around 150 m thick, calved when the crack known as Chasm-1 fully extended northwards severing the west part of the ice shelf.

This crack was first revealed to be extending in early 2012 after having been dormant for some decades. After several years of desperately clinging on, image data from the Copernicus Sentinel missions visually confirm the calving event.

Visitor to a galaxy 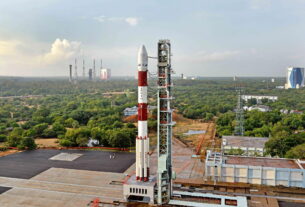 Spiralling stars provide a window into the early Universe