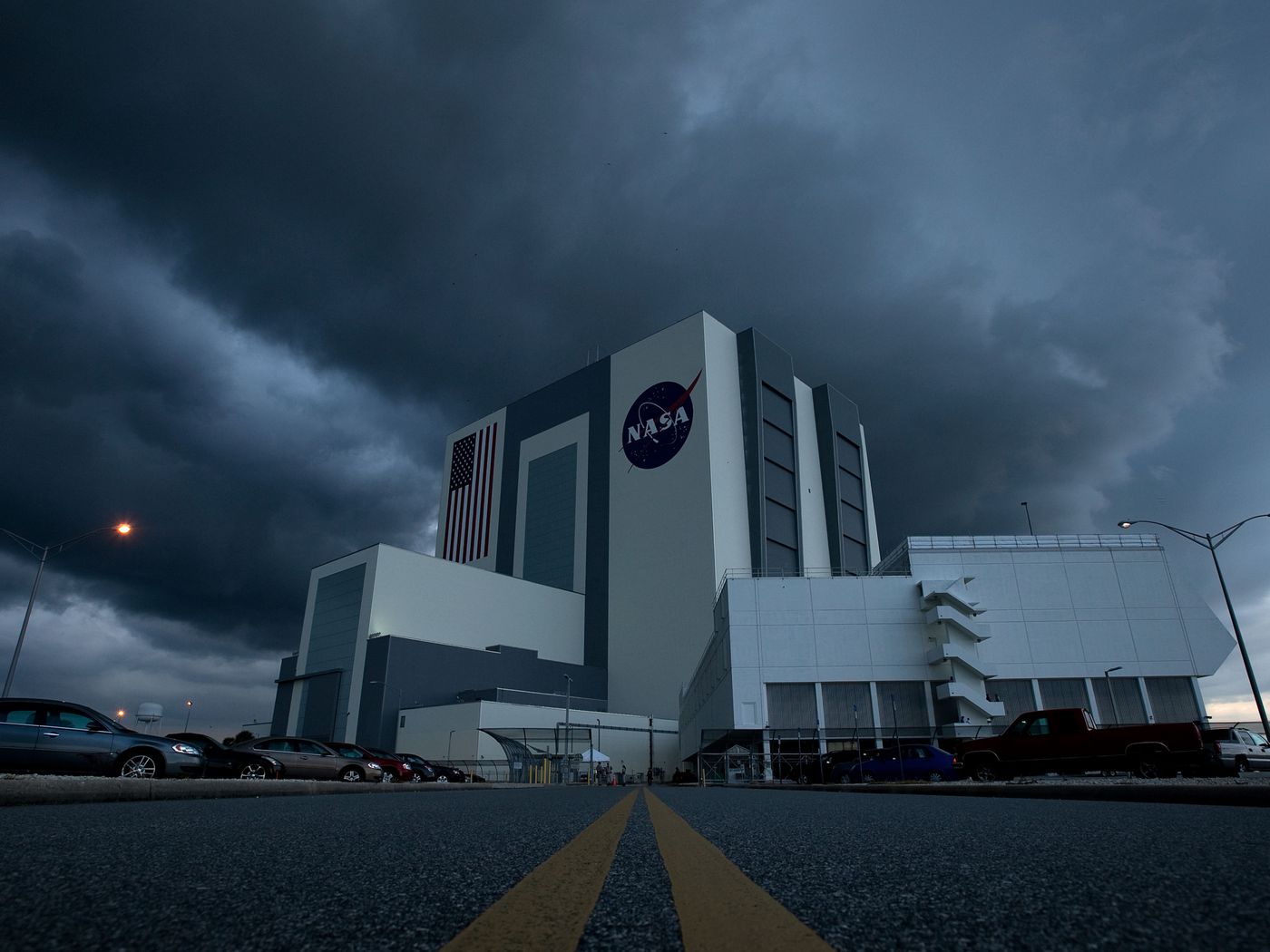 The Kennedy Space Center and Cape Canaveral Space Force Station are bracing for the arrival and effects of Hurricane Ian, a major tropical cyclone in the Gulf of Mexico that is predicted to make landfall on Florida’s west coast near Port Charlotte and Fort Myers Wednesday at near Category 5 strength, with sustained winds of 250 km/h (155 mph).

Updates will be provided here and on NASASpaceflight’s Twitter through the approach, passage, and final effects of the storm on the space center.

Preparations across the space center began in earnest Friday with initial efforts in case the then-unnamed tropical low did develop as predicted and move towards the Florida peninsula.

As of publication, both the Cape and Kennedy have entered HURCON II condition and preparation, with sustained surface winds of 50 knots (58 mph, or 93 km/h) expected within 24 hours.

In particular, NASA spent Friday, Sept. 23 and part of Saturday conducting dual path operations to both prepare for the possibility of rolling the Space Launch System (SLS) rocket back to the Vehicle Assembly Building (VAB) or attempting a launch on Tuesday, Sept. 27.

By late Saturday morning, it was clear there was no path to launch on Tuesday while protecting SLS from an impending hurricane based on the storm’s then predicted impact timings to the Cape and the uncertainty of the track.

However, Oct. 2 was retained as a possible launch date should the predictions for sustained winds have permitted SLS to remain at the pad.

By Monday morning, track shifts and uncertainty remained high, as was a growing threat of impact from now Hurricane Ian. NASA managers decided to roll SLS back to the VAB to ride out the storm.

After SLS arrived, at approximately 11:45 PM EDT (15:45 UTC), a fire was reported in High Bay 3. NASA stated that a 40-volt electrical panel was the source of the fire and that no injuries nor damage to the Artemis I vehicle occurred.

KSC teams secured LC-39B, with NASA noting that this mainly consisted of removing the plywood boards the Crawler-Transporter rode on top of on the pad’s surface.

“Preparations to secure launch pad 39B for a hurricane are similar to the preparations needed to be ready for a launch posture,” noted the agency to NASASpaceflight. “Once the Artemis I Moon rocket rolls back to the Vehicle Assembly Building, teams will remove and store the plywood the Crawler Transporter rolls on at the pad.”

Earlier today, Artemis I rolled back into the VAB to shelter from Hurricane Ian, as seen in this 2.5 hour timelapse.

Our @NASASpaceflight cams are still rolling as KSC buckles down for the approaching storm:
https://t.co/bUpy9SEEIQ pic.twitter.com/e5Jzp8yyv3

The agency further noted that “Had teams not already been in a launch posture, other preparations would include removing any loose equipment within the pad perimeter and securing anything that could not be removed, such as the construction sites like the pad’s environmental control system, the new liquid hydrogen tank and the emergency egress system which will be used for future Artemis missions.”

“However, since the construction contractors were already off the pad to support the Artemis I launch, all their equipment and facilities were already secured to support launch. Following rollback, teams will come back on site to assess their areas and make sure they’re ready.”

Elsewhere, the Commercial Crew and Cargo Program noted to NSF that SpaceX will “secure any equipment or facilities. The SpaceX Dragon spacecraft and Falcon 9 rocket are already safely secured in the SpaceX hangar and will stay there until safe to roll out to the pad.”

“Crew will travel from NASA’s Johnson Space Center in Houston to the agency’s Kennedy Space Center in Florida as soon as they are able to safely. The top priority is the safety of personnel and hardware and we will proceed with prelaunch operations or adjust the launch date if required.”

The launch of SpaceX Crew-5, as of publication, is now tracking to a no earlier than (NET) launch date of Oct. 4, with a backup on Oct. 5 — impacts from Hurricane Ian pending.

The Starliner crew modules are refurbished and mated to their service modules inside the CP3F.

Per a Boeing spokesperson, “We are closely monitoring Hurricane Ian and [have begun] our emergency preparedness procedures in accordance with Boeing, NASA, and Space Force guidelines.”

“The Starliner spacecraft, including both space-flown crew capsules and new service modules, remain safely inside the Boeing Commercial Crew and Cargo Processing Facility at NASA’s Kennedy Space Center and will be further secured if necessary.”

ULA had been planning to launch their Atlas V rocket from SLC-41 at the Cape Canaveral Space Force Station on Sept. 30 on a mission to take two SES telecommunications satellites to geostationary transfer orbit.

Atlas V secured inside the VIF at SLC-41 for Hurricane Ian. (Credit: ULA)

That launch had been proceeding until Hurricane Ian’s path shifted significantly on Tuesday, with greater impacts expected to the space center through at least Friday, Sept. 30.

ULA called off the launch on Tuesday, noting “Both satellites are integrated to the launch vehicle and safely secured within the Vehicle Integration Facility at SLC-41. Pending range approval, the launch is scheduled for Oct. 4 at 5:36 p.m. EDT.”

However, NASA has also noted a Crew-5 NET launch on Oct. 4 as well — a point that will likely come down to what the Eastern Range can support for a rapid launch turnaround.

At the Starship side of LC-39A, SpaceX lowered and secured the large crane that is in use for stacking the Starship launch and catch tower currently under construction at the historic launch pad. The company also spent time securing the construction site to meet KSC guidelines for storm preparations.

On the Falcon side of LC-39A, the Transporter/Erector picked up the reaction frame and returned to the Horizontal Integration Facility (HIF) where it will ride out the storm with the Falcon 9 for Crew-5 as well as portions of the Falcon Heavy for the USSF-44 mission for the Space Force in October.

At Robert’s Road, cranes and outdoor construction equipment were moved inside or secured in place.

ASOG/Bob (carrying B1073) diverted south, instead of delivering to Port Canaveral.

JRTI/Doug departed last night to avoid the storm, in advance of Crew 5

Shannon was due in Tampa, diverted to Port Everglades. Megan following. pic.twitter.com/A854lx59sB

Meanwhile, in the Atlantic, the Autonomous Spaceport Drone Ship A Shortfall of Gravitas has diverted out into the ocean and will wait out the storm there before coming to port with the Falcon 9 first stage that launched the Starlink Group 4-35 mission on Sept. 24.

Just Read The Instructions departed Port Canaveral on Tuesday, Sept. 27 in advance of Crew-5 and will remain safe in the Atlantic. The recovery vessels Shannon and Megan diverted to Port Everglades to ride out Hurricane Ian.

The status of the Starlink Group 4-36 mission, most recently slated to launch on Sept. 30, is unknown as of the time of publication.

Also on the Cape side, Relativity pulled the first stage of the Terran 1 rocket from LC-16 and returned it to the hanger at the pad.

Meanwhile, the company told NSF that additional work to prepare for Ian was also undertaken.

At LC-16, “All critical systems have Uninterruptable Power Supplies (UPS) that are fully charged. Additionally we have backup generators with Automated Transfer Switches (ATS) should we lose line power,” said a company spokesperson.

“Between these two electrical backup systems as well as manually safing valves around the pad, we believe LC-16 is in the best position we can be to ride out the storm.”

Rolling back to hangar to keep vehicle safe during impending hurricane in Florida. Early data and hardware looking solid from last week’s extensive stage one testing, super happy with the results

At the Launch Control Center, the LCC “is also on a backup generator and UPS to keep critical command and control, and live video feed coming during the storm, so we can monitor the site remotely, and be able to provide an initial status to our Hurricane Response Team #2 when RECON 2 is issued.”

Likewise, Blue Origin has secured its manufacturing area on Merritt Island and has taken the necessary preparations at LC-36 and the HIF located there.

To NSF, the company said that “We are watching Hurricane Ian closely and our team in Florida is taking all due precautions to prepare for the storm’s landfall. Our top priority is that our team and their families remain safe.” 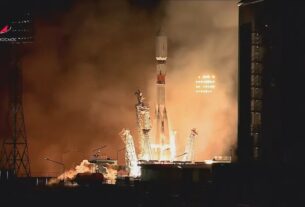 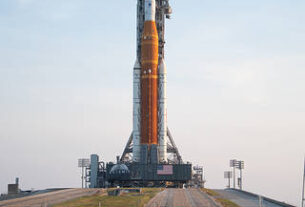