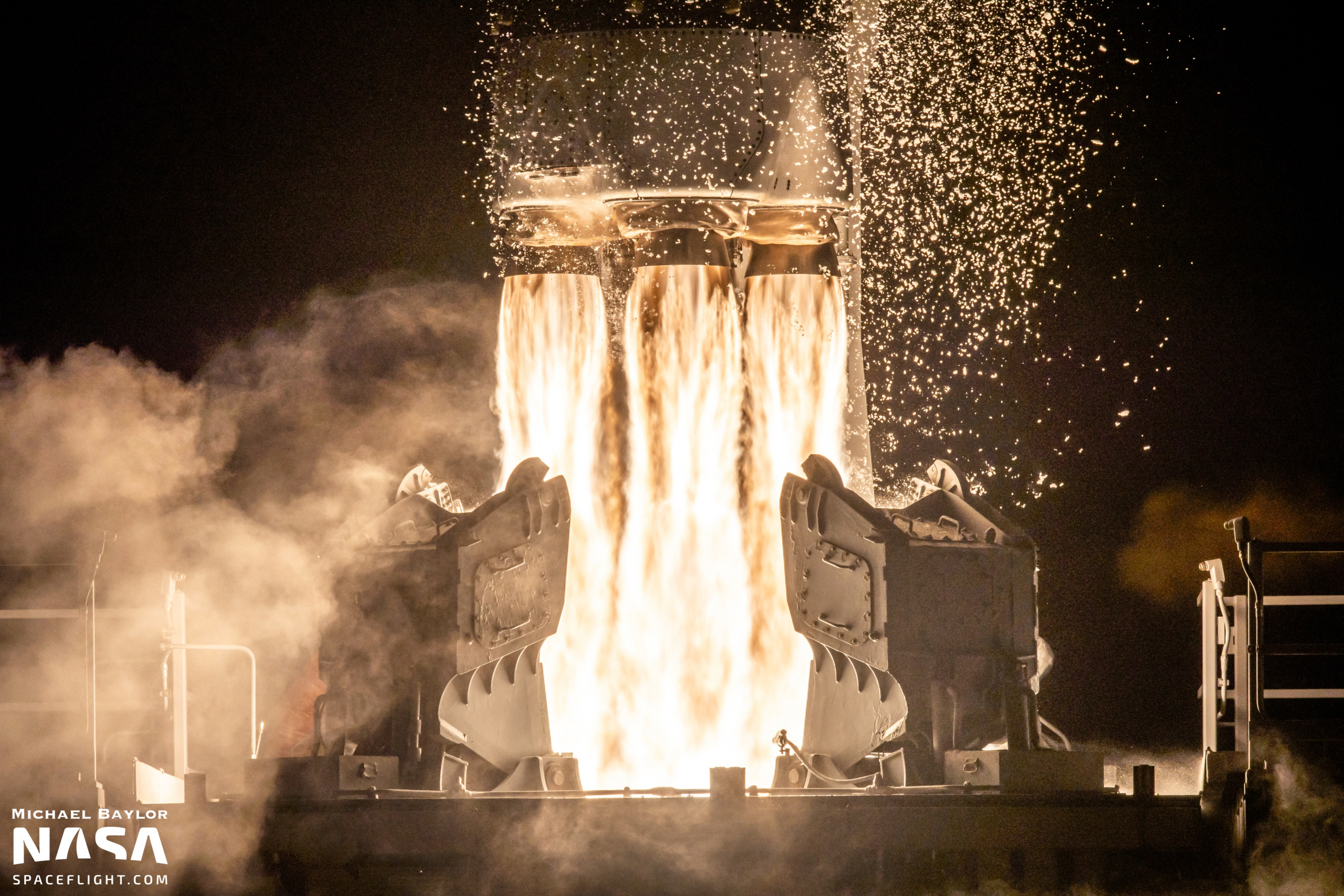 On Oct. 1, 2022, Firefly launched the “To The Black” mission which successfully deployed three satellites into low Earth orbit. However, space tracking data showed that the satellites were deployed at a lower-than-planned altitude, and just two weeks after launch, all payloads have reentered Earth’s atmosphere.

Firefly has begun expansions to its test site in Briggs, Texas, ahead of the Alpha rocket’s third flight and further development of the company’s MLV rocket.

“To The Black” Payloads Reenter Within Weeks

The launch of Alpha’s second mission was largely successful. The flight saw nominal liftoff and first-stage flight, successfully passing through Max-Q and stage separation. From there, Alpha demonstrated placing the second stage into a pre-defined elliptical orbit, followed by a second stage re-light, which circularized the orbit. According to Firefly, this re-light of the engine was primarily to collect data ahead of their next flight but still beat their expectations.

The three payloads were to be placed in a 300 km circular orbit per Firefly’s press kit. However, several days after launch, numerous space tracking firms released a two-line element set (TLE), for the mission, which showed that the payloads had been placed in a 210 x 270 km orbit at 137 degrees inclination.

Due to a lower orbital altitude, the satellites encountered increased drag, which caused all payloads to deorbit within a week of deployment. Despite this, Firefly’s customers were still able to get valuable data from their satellites, despite having a decreased orbital life.

Following this flight, Firefly and the US Space Force announced that Firefly was selected for the VICTUS NOX mission–part of the USSF’s tactically responsive space launch service task order. For this mission, Firefly will demonstrate its ability to place a payload in orbit with “very little notice.”

On Twitter, Firefly noted that only “minor tweaks” will need to be made to the vehicle ahead of its next flight, which is expected to be the Educational Launch of Nanosatellites 43 (ELaNa 43) mission for NASA. This mission is not expected to launch until NET November 2022, although the timeline is expected to slip to allow for further data reviews and possible hardware changes to Alpha.

Preliminary reviews show we will only require minor tweaks for our next mission, all while providing valuable scientific and technical data to our demonstration customers. (3/3)

Looking Ahead to Alpha Flight 3 and MLV

With Firefly’s CEO Bill Weber announcing that “space is open for business and Firefly just announced its presence [in the market],” Firefly has begun preparations for not only future Alpha flights but also for their next-generation launch vehicle MLV, which was previously known as Beta.

With a max payload to low Earth orbit of 11,600 kg and 2,750 kg to GTO, MLV will be similar to Rocket Lab’s announced Neutron vehicle in terms of capability. Also similar to Neutron and Alpha, MLV will be made of carbon composites, which will create ultra-light linerless tanks.

The first stage of MLV will be equipped with seven Miranda engines, which will run on liquid oxygen (LOX) and RP-1 in the gas generator cycle. In total, these engines are expected to produce just under 7,200 kN of thrust in a vacuum, while having 305 seconds of specific impulse.

Stage two will be equipped with a single Viranda engine, which will also run on LOX and RP-1. This engine will have an increased specific impulse due to its larger nozzle, getting 325 seconds of ISP in the vacuum of space while generating just under 1,100 kN of thrust.

This will be a significant thrust increase for Antares’ first stage, which currently produces 3,800 kN of thrust. Northrup Grumman noted that this will drastically increase the payload capacity of Antares, but has not announced any more details.

Additionally, Firefly has begun to expand its test facility in Briggs, Texas, to prepare for its upcoming launches. NSF’s Gary Blair flew over their test facility on Oct. 9, capturing photos of expansions happening at the facility.

Crews have started preparing grounds for an additional test stand. It is unknown whether this test stand will be for Alpha’s Reaver and Lighting engines or MLV’s larger Miranda and Viranda.

Also shown in these photos is a possibly new test stand for both stages of Alpha. Finally, crews are seen doing work on the existing Reaver and Lightning test stand, which was, at the time, home to a Reaver engine being prepared for flight three.

(Lead image: Ice being illuminated by the four Reaver engines on Alpha’s “To The Black” mission. Credit: Michael Baylor for NSF)

The post Firefly looking ahead after “To The Black” payloads reenter early appeared first on NASASpaceFlight.com. 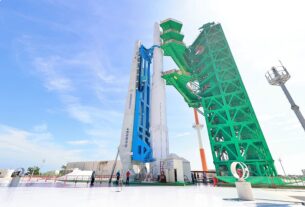 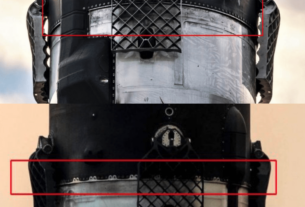