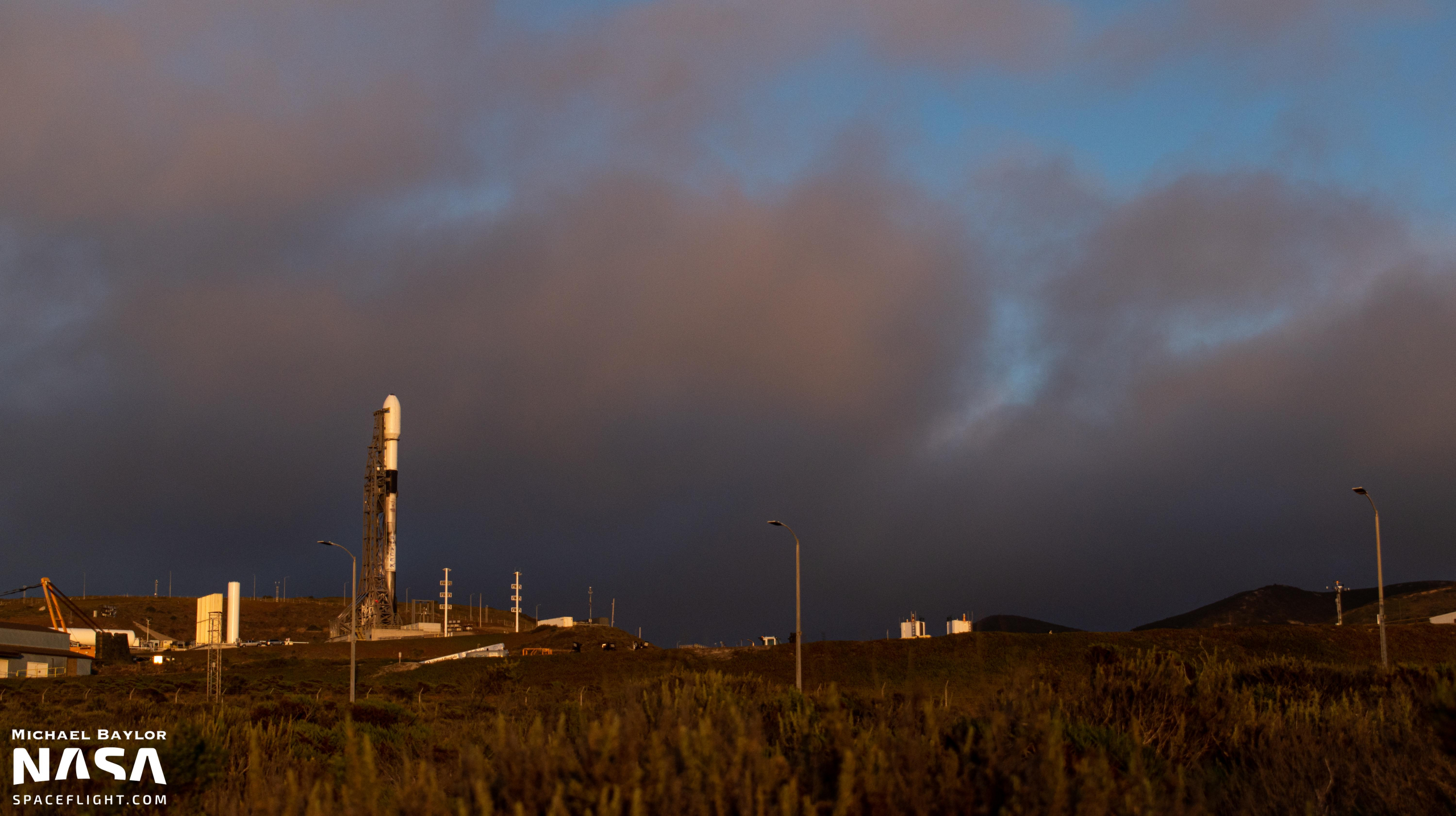 SpaceX’s 49th Falcon 9 flight of 2022 is ready to lift off from SLC-4E at Vandenberg Space Force Base, California with 53 Starlink satellites. The launch is scheduled for Thursday, Oct. 27 at 6:14 PM PDT (01:14 UTC on Friday, Oct. 28). Falcon 9 will be launching to the southeast into a 53.2-degree inclined orbit to help fill out the fourth shell of Starlink satellites orbiting at 540 kilometers in altitude.

The booster flying this mission, B1063-8, is scheduled to land on the Autonomous Spaceport Drone Ship (ASDS) Of Course I Still Love You situated 672 kilometers downrange in the Pacific. After the booster finishes its eighth flight, the second stage will reach orbit before deploying the 53 satellites 15 minutes after launch. The second stage will then conduct a final disposal burn before reentering the atmosphere over the North Pacific, south of the Aleutian Islands.

B1063 is one of the boosters that are based on the West Coast. Along with the others, B1063 is tasked to fly missions out of Vandenberg to polar and Sun-synchronous orbits–as well as Starlink orbital shells. Before Starlink 4-31, B1063 started its career with the Sentinel-6A Michael Freilich mission in November 2020. The booster supported the Starlink v1 L28 launch in May 2021 and the recently concluded DART mission in November of that year before flying four missions already in 2022.

Although the current number of Starlink satellites operating is impressive, Elon Musk has stated that the constellation is still losing money. He has also shared that a new version of the Starlink satellite–due to be launched aboard the company’s new Starship vehicle–is still needed to get the service to its intended reach and bandwidth.

The Starlink system has proven to be useful during various natural and human-made disasters, including Hurricane Ian in south Florida, wildfires in the Pacific Northwest, and the war in Ukraine. Recently, SpaceX requested assistance from the Department of Defense in paying for the constellation’s services to Ukraine, before backtracking and apparently offering to continue to pay for the Starlink deployment in the country.

A full set of Starlink satellites before deployment from the second stage of a SpaceX Falcon 9. (Credit: SpaceX)

This controversy is not the only one the Starlink constellation has endured. Soon after the first Starlink satellites were launched, it was realized that they were brighter than originally thought. This was especially true during the initial deployment phase–when each satellite’s solar panel was facing Earth–before the satellites reached their operational orbits.

The Starlink v1.0 satellites were subsequently modified to include a sun shield that reduces the craft’s brightness in the sky around sunrise and sunset by about a magnitude after a failed experiment with a “dark sat” using a black coating. The satellites currently being launched are of the “v1.5” standard, with laser links for reduced latency between satellites.

The sun shield would have interfered with the laser links, so it was removed. However, SpaceX tried to compensate for this by using a different coating on the satellite. The satellites are said to be brighter than the version 1.0 craft with the sun shield, but not as bright as the unmodified initial satellites which startled astronomers and observers worldwide.

The Starlink v2 satellites will feature improved inter-satellite communication links, increased power, and greater bandwidth. A new version of Starlink satellite using at least some of these features is being prepared that would be able to fly aboard the Falcon 9, though the number of satellites that an F9 could take up at any one time would likely be reduced.

While Starlink v2 is being prepared to start flying aboard Starship next year, additional Starlink v1.5 launches are still on the flight manifest for SpaceX. However, the workhorse Falcon 9 will finally get a short break, as the next SpaceX mission is set to be the long-delayed USSF-44 flight aboard Falcon Heavy from Pad 39A at the Kennedy Space Center.

(Lead image: Falcon 9 vertical on the pad at VSFB SLC-4E before the SARah-1 mission in June 2022. Credit: Michael Baylor for NSF) 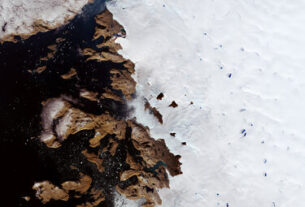 Sunrise for the Moon 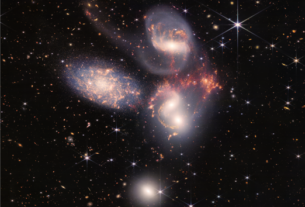