Once available, an official livestream will be posted here

Dragon CRS-2 SpX-26 (CRS-26) is a Commercial Resupply Service mission that will be heading to the International Space Station (ISS) to deliver cargo. SpaceX was awarded this mission by NASA back in 2016 and will launch it on its Falcon 9 Block 5 rocket using a Cargo Dragon 2, C211-1, the first flight for this Dragon capsule. The rocket will lift off from Launch Complex 39A, at the Kennedy Space Center in Florida. CRS-26 will be the sixth flight for SpaceX under NASA’s CRS Phase 2 contract.

This launch will mark the company’s 54th mission of the year as the holiday season approaches and the year begins to come to a close.

The International Space Station (ISS) is a large international collaboration between nations across the globe. Operating for over 20 years, the orbital laboratory needs regular visits from cargo vehicles to deliver new experiments, supplies like clothing, food, and water, and eventually act has a garbage disposal for used items.

Cygnus recently launched a resupply mission to the ISS with the S.S. Sally Ride vehicle on their CRS-2 NG-18 mission from Wallops Island, Virginia, USA. The last Progress launch was in late October on the Progress MS-21 mission. The last SpaceX resupply mission was in mid-July of 2022.

Every resupply mission hosts dozens of experiments and technology demonstrations. On CRS-26, these range from vegetation experiments to new solar arrays for the ISS to provide greater power consumption. These research experiments can range from NASA-funded experiments to private companies and universities. Due to the amount of research on CRS-26, only select payloads will be discussed in-depth here. If you’d like to learn more, reach out or explore NASA’s website.

The Moon Microscope experiments, also known as the long-winded Moon Medicine: Blood Staining and Novel Miniaturized Imaging Technology to Facilitate Critical Lunar Diagnosis, is aimed at developing a way to analyze blood smear samples from astronauts in a light and compact instrument in minutes.

A prime example of technology being developed by NASA that will advance technology on Earth, the Moon Microscope is the smallest instrument of its kind ever designed and built. If this constraint was not enough, the instrument also has to function in reduced or microgravity.

The experiment has three main objectives: 1. Create a ‘feathered smear’ on a slide 2. A Wright-staining device compatible with microgravity is tested under microgravity conditions 3. Produce high-quality images with the handheld cellular imaging device.

The device can measure changes in immune systems and allow a quick prognosis from doctors on the ground after they have these high-quality images. While there is no concern for health on long duration stays on the ISS, missions lasting years, such as Moon and Mars missions, could benefit from a small, lightweight kit that has the ability to diagnose astronauts with potential diseases to allow them to care for themselves in the best possible way.

The Extrusion experiment will be sending a lot of liquid resin to the International Space Station (ISS), and for very good reason. On Earth, people build structures like bridges and buildings to withstand gravity. Similar structures can be built differently in a reduced or micro gravity environment.

Even though the ISS has no effects of gravity stressing its structure, its structure was originally built on Earth. The ability to construct new structures in space, with materials such as the liquid resin being tested in this experiment, more complex structures can be built.

The Extrusion experiment will use the Nanoracks Black Box which requires crew installation and removal, but no further interaction. The resin will be injected into custom forms only feasible in microgravity.

The Vegetable Production System (Veggie) is an experiment aimed at producing fresh and plentiful crops on station. Unlike some experiments of similar nature before it, Veggie uses more of the environment in the cabin such as pulling from it’s temperature and carbon dioxide instead of regulating those itself.

For ease of use, Veggie is packed into one singular unit. It will utilize the EXpedite the PRocessing of Experiments to Space Station (EXPRESS) Rack on the Internation Space Station (ISS) for easy installation and operation.

With the ability to grow more vegetables, crew health should improve as well as they now have greater access to fresh foods, instead of waiting for a resupply vessel every few months.

During ground testing, researchers grew red dwarf tomatoes with great success. The next part of this long botanical study is Veg-05 which will test the growth and health of these “Red Robin” dwarf tomatoes at different light levels.

How Does Veggie Work?

Veggie’s goal is to be readily installable and operatable so crews can focus on other tasks instead of constantly working to keep their fresh food growing. Crops will first be placed in seed pillows and on PONDS. These pillows are then installed into a root mat where water is then injected.

The amount of water and light needed is regulated until the growth cycle has ended. A handheld light meter will be used to check the light levels of the plants. Crops are then harvested and the cycle repeats.

On November 15, 2022, NASA astronauts Josh Cassada and Frank Rubio performed an Extravehicular Activity (EVA) to prepare the ISS for mounting of the two new Roll Out Solar Arrays (ROSA).

Each array has been built from a composite carbon fiber which allows it to be rigid when deployed, by curl-up like a tape measure when stowed. The rolling and lightweight components of the ROSAs enable them to be launched with more equipment than heavier, non-rolling solar arrays.

These two solar arrays follow two other solar arrays that were previously launched on SpX-22 and have already been installed.

The Falcon 9 first stage contains nine Merlin 1D+ sea-level engines. Each engine uses an open gas generator cycle and runs on RP-1 and liquid oxygen (LOx). Each engine produces 845 kN of thrust at sea level, with a specific impulse (ISP) of 285 seconds, and 934 kN in a vacuum with an ISP of 313 seconds. Due to the powerful nature of the engine, and the large amount of them, the Falcon 9 first stage is able to lose an engine right off the pad, or up to two later in flight, and be able to successfully place the payload into orbit.

The booster supporting the CRS-26 mission is currently unknown. Once more information is avaiable, it will be found here.

The CRS-26 mission will be the first mission to the ISS for Cargo Dragon C211-1. Like its fellow Dragons C211 will hopefully return to Earth after serving its time on the ISS bringing back waste and other cargo. It will then be refurbished and used on another mission in the future.

Cargo Dragon 2 is 8.1 m (26.6 ft in) in height and 3.7 meters (12 feet) in diameter. Compared to the original Cargo Dragon, the upgraded spacecraft can and will automatically dock on the ISS. The old version had to be manually berthed by Canadarm2.

Overall, the CRS-26 mission’s success criteria will be successful deployment of the Cargo Dragon 2 to the dedicated orbit, its docking to the ISS, and recovery of the booster. 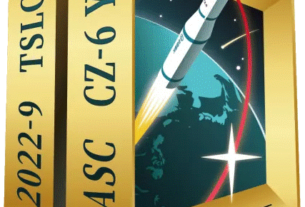 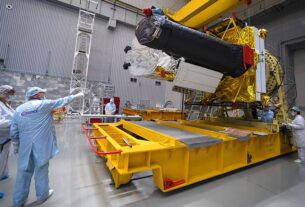 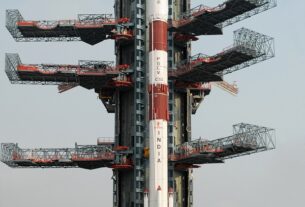