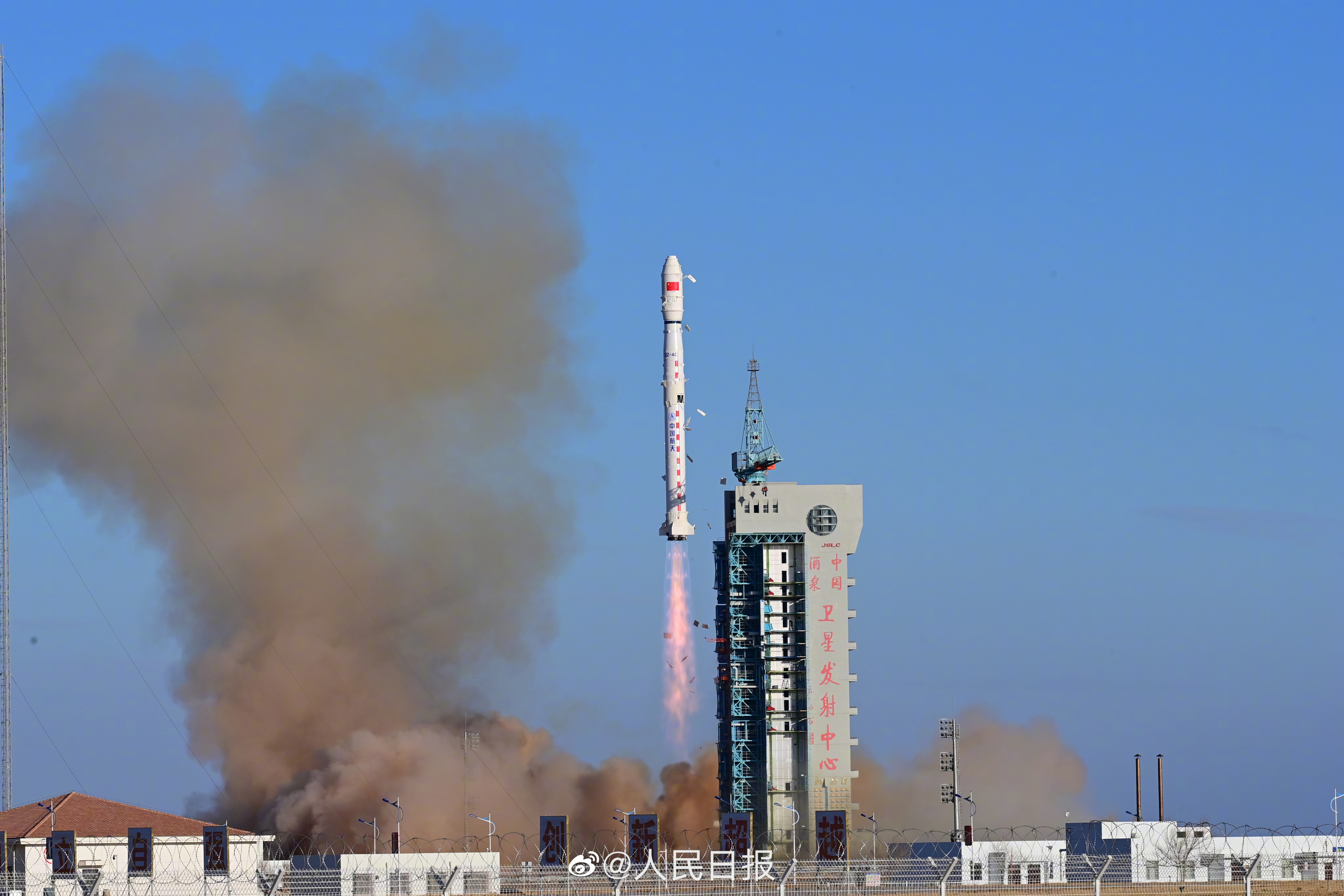 With Monday’s launch of the Shiyan-20A satellite aboard a Chang Zheng 4C rocket, China has rounded out a busy few days which have seen four orbital launches – including the debut of one new rocket and the first successful flight of another.

With just under three weeks remaining, 2022 has already been a record year for China in space, with Monday’s launch marking the country’s fifty-ninth attempted orbital mission of the year. The country’s previous record of 55 or 56 launches – depending on the inclusion of an unconfirmed orbital missile test – was set last year. Depending on the interpretation, this mark was either equaled or surpassed by China’s 56th launch of 2022 at the beginning of the recent flurry of launches last Wednesday, Dec. 7.

This was China’s first launch of December – and the country’s first since the crewed Shenzhou-15 mission at the end of November – and saw a Kuaizhou-11 (KZ-11) lift off from the Jiuquan Satellite Launch Center at 9:15 AM local time (01:15 UTC) on Wednesday. The three-stage, solid-fueled, KZ-11 is operated by the ExPace Technology Corporation, part of the state-owned China Aerospace Science and Industry Corporation (CASIC), and is designed to provide commercial access to low Earth orbit (LEO).

Kuaizhou-11 is believed to be derived from the Dongfeng-31 (DF-31) missile. With a payload capacity of around 1,000 kilograms to a 700-kilometer Sun-synchronous orbit, it offers a step up from the Kuaizhou-1A rocket which ExPace has used for most of its previous launches.

While few technical specifications of the rocket have been made public, photos of it in flight show an unconventional approach to attitude control. The first stage has a fixed nozzle with four grid fins around the base of the rocket helping to keep it steady during its ascent through the atmosphere. A module containing reaction control thrusters was mounted atop the payload fairing to steer the vehicle.

Its payload was the Jiaotong VHF Data Exchange (VDES) satellite, a small communications demonstrator satellite which it delivered to a 738-by-750-kilometer orbit at an inclination of 98.35 degrees. Jiaotong VDES, which is also named Hangtian Jinzu 1, will test a next-generation maritime relay system, collecting Automated Identification System (AIS) tracking and emergency signals from ships at sea and transmitting them back to receiving stations.

Wednesday’s launch marked the second flight of the Kuaizhou-11 and its first successful mission. The KZ-11 first flew in July 2020 but failed to achieve orbit after an undisclosed issue – with some reports suggesting that the third stage had failed to ignite.

For its return-to-flight on Wednesday, KZ-11 flew from pad 95B, part of Site 43 at Jiuquan. Also known as the South Launch Site (SLS), Site 43 houses all of Jiuquan’s active launch facilities, including a pair of launch pads for the larger Chang Zheng family of rockets – one of which is used for crewed Shenzhou launches. Pads 95A and 95B are much smaller and service the myriad of small solid-fueled launchers developed in China in recent years.

Also known as the Long March 2D, CZ-2D is part of the fleet of legacy Chang Zheng rockets that still carry out most of China’s important military and government missions. These rockets, including the Chang Zheng 2, 3, and 4 families, derive from the Dongfeng-5 missile. Chang Zheng 2 rockets are typically used for low Earth orbit launches, including insertion of smaller payloads into Sun-synchronous orbit (SSO), while the Chang Zheng 3 adds a high-energy upper stage for geostationary flights and Chang Zheng 4 uses a storable-propellant upper stage to give it greater capabilities for SSO missions.

Overall, Friday’s launch marked the 72nd launch of the CZ-2D, with vehicle number Y45 used. Over three decades of service, the CZ-2D has proven itself a capable and reliable part of China’s fleet, having completed all but one of its launches successfully. The exception was a partial failure in December 2016 that left a pair of commercial imaging satellites and a student CubeSat in a lower-than-planned but recoverable orbit.

For Friday’s launch, CZ-2D was tasked with delivering the Gaofen-5 01A payload into a 668-by-683-kilometer orbit inclined at 98.12 degrees – a task which it completed as expected. Part of China’s Gaofen – meaning “high resolution” – series of government-operated civilian Earth observation satellites, GF-5-01A carries hyperspectral and infrared imaging systems and an absorption spectrometer to take atmospheric composition readings. It follows on from Gaofen-5, which was launched in May 2018, also joining the Gaofen-5-02 satellite which was deployed in September 2021.

Later on Friday, at 2:35 PM Beijing Time (06:35 UTC), the Jielong-3 rocket was launched on its maiden flight from Tai Rui, a barge towed out into the Yellow Sea. This new rocket carried a payload of 14 satellites bound for low Earth orbit, which were deployed successfully.

Jielong-3 lifts off from the Tai Rui barge

Jielong-3, also known as Smart Dragon 3, is a four-stage solid-fueled rocket developed by the China Academy of Launch Vehicle Technology (CALT) and marketed by its commercial arm, Zhongguo Changzheng Houjian. It follows on from the smaller Jielong-1 which made a single flight from Jiuquan in 2019.

On Monday, back at Jiuquan, a Chang Zheng 4C (CZ-4C) lifted off to bring China’s launch count for the year up to 59. The CZ-4C is a three-stage member of the same family as the CZ-2D that launched on Friday, with a restartable upper stage allowing it to perform more complex orbital insertions. This upper stage is the main difference between it and the older Chang Zheng 4B, whose upper stage can only make a single burn.

The Chang Zheng 4C was introduced in 2006 and had flown 46 times before Monday’s launch with two failures. Monday’s launch, using vehicle number Y57, took place from Pad 94 at Site 43, with liftoff at 4:22 PM local time (08:22 UTC). The payload, consisting of a pair of Shiyan-20 satellites – 20A and 20B – was successfully delivered into low Earth orbit. The satellites were initially tracked in an orbit with a perigee – the point closest to the Earth – of about 790 kilometers and an apogee of 799 km, at 59.99 degrees inclination.

Shiyan-20A and 20B follow the Shiyan-20C satellite into orbit, with that satellite having been deployed by a Chang Zheng 2D flying from the same launch pad at the end of October. The three Shiyan-20 spacecraft were built by different organizations, with Shiyan-20A constructed by the China Academy of Space Technology (CAST), 20B produced by the Shanghai Academy of Spaceflight Technology (SAST), and 20C developed by the Innovation Academy for Microsatellites of the Chinese Academy of Sciences (CAS Microsat).

Few details of the mission these satellites are undertaking have been made public, Shiyan satellites, whose name means “test” or “experiment”, are often used for technology demonstration missions — although some may have more clandestine purposes. The official objective of the Shiyan-20 mission has been declared as “technology demonstration including spatial environment monitoring.”

The salvo of launches over the last few days follows the successful return to Earth of the Shenzhou-14 crew – Taikonauts Chen Dong, Liu Yang, and Cai Xuzhe – to Earth on Dec. 4, completing the first in-orbit handover between long-duration expeditions aboard China’s Tiangong space station. Shenzhou-14 had launched at the beginning of June, spending over 180 days docked to Tiangong as the third crewed mission to the outpost. While previous crew rotations have seen the departing crew return home before the launch of their replacements, Shenzhou-14’s stay at the station overlapped with the first few days of the Shenzhou-15 mission, ensuring that it remained crewed throughout the transition.

While the last few days have seen a flurry of rockets lift off, the weekend could have been even busier, with two launches originally slated for Saturday slipping to dates later this week. China’s next launch is expected to be the maiden flight of the Zhuque-2 rocket on Wednesday. Developed by commercial operator LandSpace, Zhuque-2 will aim to become the first methane-fueled rocket to reach orbit, ahead of Relativity Space’s Terran 1, SpaceX’s Starship, United Launch Alliance’s Vulcan, and Blue Origin’s New Glenn among others. A Chang Zheng 11 launch that had also been scheduled for Saturday is now expected no earlier than Friday, Dec. 16.

(Lead Image: Chang Zheng 4C Y57 lifts off on Monday’s flight with Shiyan-20A and B) 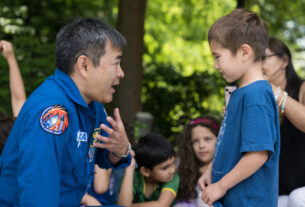 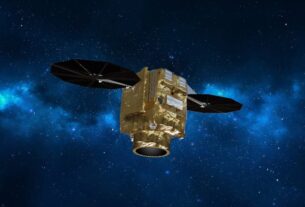