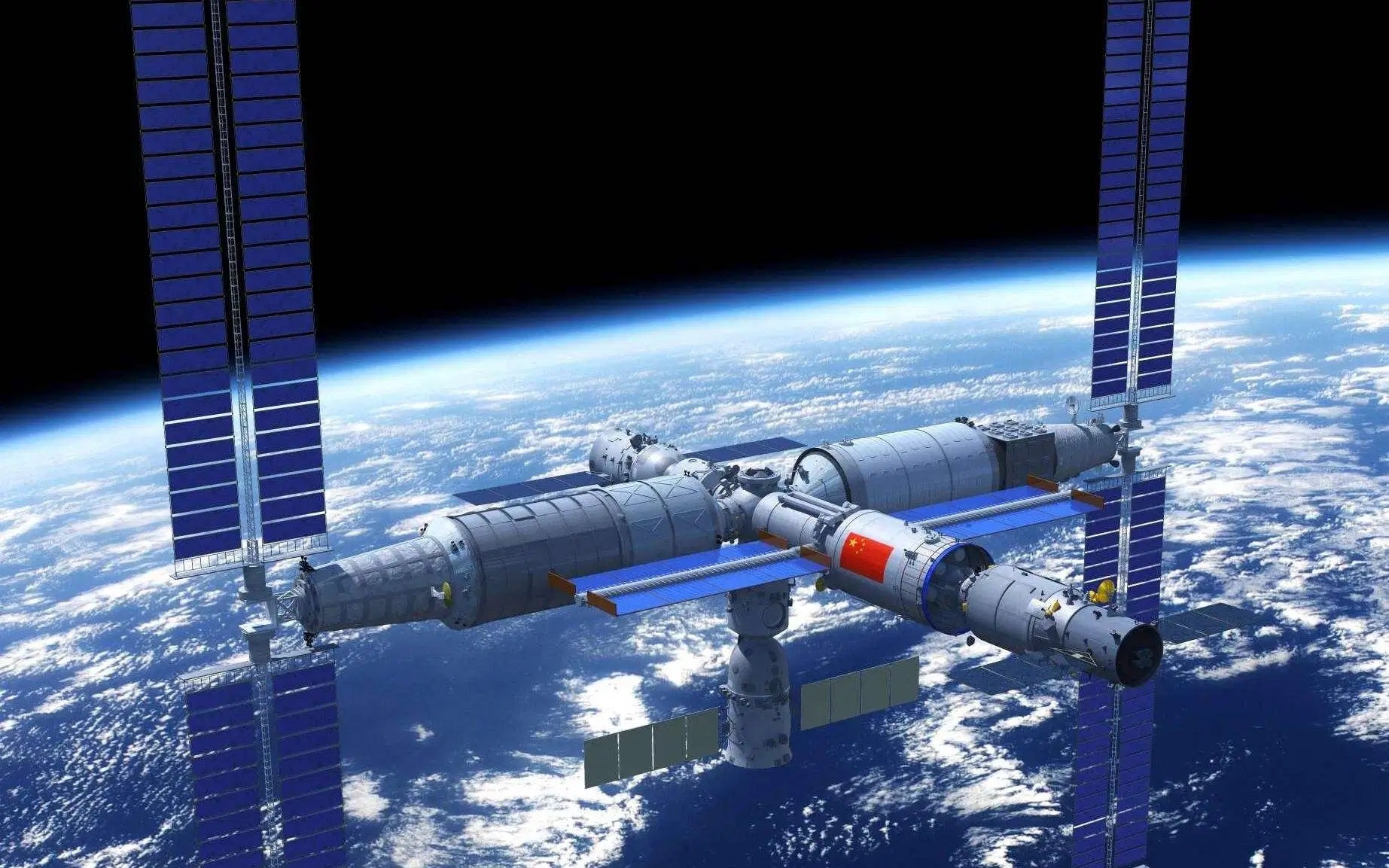 The Gaofen launch especially is an exemplar of their past year in spaceflight. Remote sensing satellites were a common sight on Chinese rockets in 2022, but it was also a year of commercial launches and significant expansions of the Tiangong Space Station.

The last Chinese launch of the year. (Credit: CNSA)

The Tiangong Space Station was the central focus of the Chinese space program in 2022. In July 2022, the Wentian module launched successfully to the station and docked just 13 hours later. And only a few months later, on Halloween, the Mengtian module did the same and concluded the phase one assembly of the Tiangong Station.

This year also marked the beginning of constant habitation of the station, as China will now support a steady crew in space with regular Shenzhou missions and Tianzhou resupply missions. 2022 saw many of these, with six launches going to the station over the year, including the two module launches.

In terms of debuts, 2022 saw the first flight of the Chang Zheng 6A, the first Chinese hybrid between solid and liquid fuel boosters in the first stage. Solid rockets were an ongoing topic following Chinese spaceflight throughout the year as Jielong-3, a solid-based small orbital launch vehicle, launched in December 2022 after the debut of the ZK-1A in July 2022 which is also solid-based.

ZhuQue-2 made headlines in late December this year, not based on solid fuel but methane, as the Chinese company LandSpace tried to beat Relativity and SpaceX to reach orbit first with a methane-based rocket. After a second stage anomaly, the launch failed, and the title of the first methane rocket in orbit is still up for the taking in 2023.

Of China’s 64 launches, 62 were successful, with the only two failures being a flight of Hyperbola-1, which failed to reach orbit in May, and the recent maiden launch of the ZhuQue-2.

Fifty-three of these launches were part of the Chang Zheng family of vehicles, with 39 still flying on the hypergolic variants of the rockets. Despite still making up most of the Chinese launches, the percentage of these in Chang Zheng launches is still decreasing. Out of all the CZ launches in 2022, 74% were hypergolic, down from 82% in 2021.

But, not only the Chang Zheng vehicles are changing. The market for smaller non-CZ rockets is growing year by year. 2022 saw the debuts of several of these as well as Kuaizhou-1A launching four times in one calendar year. This number of launches makes it the fourth most flown rocket configuration in 2022 out of China, only tailing powerhouses such as CZ-2D and 4C and overtaking rockets such as the CZ-3B/E and all of the next-generation Chinese Chang Zheng vehicles.

Looking ahead, 2023 will surely be another busy year in Chinese spaceflight. With the possible addition of a space telescope to the station, two more crew rotations for the station, and several more rocket debuts, it promises to be another full year in terms of missions and launch cadence.

CZ-4B is one of the Chinese hypergolic rockets. (Credit: CNSA)

With the always-growing commercial sector in China and modern Chinese rockets taking over more and more missions, 2023 could be the year when hypergolic Chang Zheng vehicles will no longer launch the majority of payloads. This transition highly depends on companies such as LandSpace or i-Space to ramp up their production to take over more of the work.

But, other rockets could also come into play. With companies like LinkSpace, Galactic Energy, or Space Pioneers planning debut launches for 2023, this could free up some of the payloads from the hypergolic Chang Zheng vehicles and allow for a faster phase-out of the rockets, as was planned years ago.

High launch cadence and cost-optimized rockets in the Chang Zheng family, such as Chang Zheng 11, could also reduce the load on the hypergolic rockets. Especially with the sea launch availabilities of some of these rockets from the Yellow Sea, it could allow for the rapid growth of cadence, as they would not stretch the resources of the already very busy land-based spaceports in China any further.

The CSST, also called Xuntian, is slated to launch in December 2023 on a Chang Zheng 5B rocket. Xu Shuyan, the project lead of the telescope, gave the last update in the Summer of 2022. During that time, the integration of the instruments started before the work on the mirror integration began.

It is a space telescope that holds a two-meter primary mirror, allowing for extensive field observation of the night sky. The plan is to observe up to 40% of the sky using the 2.5 gigapixel camera over the mission duration of 10 years. Its research goals include searching for dark matter, researching galaxy cores, and detecting and researching close-to-Earth asteroids.

The unique feature of the Xuntian telescope will be its proximity to the Tiangong Space Station. It will allow for periodic docking of the telescope for work and maintenance. The easier access increases the likelihood of the telescope completing its planned mission duration.

In a recent graphic that was shown by CCTV, a further expansion of the Chinese Space Station was outlined. The image showed the Chinese Station with a docked Shenzhou, and a new module docked to the station. Furthermore, the next-generation crewed spacecraft of China docks at the station in the picture.

Ready for the future expansion of @TiangongStation the China Space Station? A new module and Shenzhou and the next-generation crew spacecraft docking at the same timehttps://t.co/rX1ay9heAH pic.twitter.com/U5oDWDhvYQ

None of these are likely to happen in 2023, but it may be the year when we learn more about the features and capabilities of the new module and the new capsule.

Furthermore, this could be the beginning of a phase two expansion of the station, with more modules and capabilities. The render shows four more possible expansion ports on the Chinese Space Station, allowing many more modules. Two new arms of solar panels are also observable in the render.

The Space Variable Objects Monitor (SVOM) is a joint venture between the China National Space Administration (CNSA) and the French Space Agency (CNES). It is an X-ray telescope planned to launch in mid-2023 on a Chang Zheng 2C, and it intends to study the gamma-ray burst emitted from the explosion of supermassive stars.

The 950 kg payload plans to allow the detection and positioning of all types of Gamma-ray bursts and the analysis and characterization of these bursts accurately for future research. It is a three-year planned operation supported by ground research stations that will provide additional data during gamma bursts.

Another potential cooperation payload in 2023 is the Einstein Probe which is potentially planned to launch in late 2023 from China. It is a space telescope that intends to observe X-ray and electromagnetic events and Tidal Disruption Events close to black holes. This project also carries payloads from ESA and the German Max-Planck Institute for Extraterrestrial Physics.

After tests did not match up with expectations during hardware testing in 2022, the project faced some political and management issues, and it needs to be clarified to what extent the ESA and Max-Planck payloads are still included in the mission.

With Chang Zheng 5G, a significant expansion to the Chang Zheng 5 rocket family is coming beyond 2023. It was previously referred to as the 921-rocket and will be critical to China’s efforts to accelerate its crewed Moon program. The triple-core rocket is currently planned to debut in 2027 and will be able to launch 25 tons into a trans-lunar injection, allowing for the launch of large payloads to the moon. A recent render confirmed the triple core structure again and showcased the next-generation crewed launch vehicle, which might also be involved in China’s moon ambitions.

Following this rocket, the Chang Zheng 9 is the enormous reusable powerhouse on the horizon for China. The single-core rocket with a height of 110 meters is planned to launch up to 150 tons to LEO, making it a Starship-like launch vehicle, and is currently scheduled for 2030 or later. The rocket received some significant updates over the past year. With the different designs slowly converging to one final design, 2023 might be when Chang Zheng 9 will get a more understandable path to launch.

The post China to launch new station modules and collaborate with Europe on science missions in 2023 appeared first on NASASpaceFlight.com. 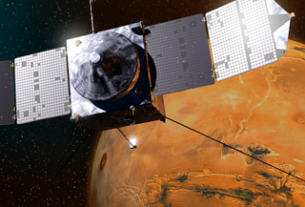 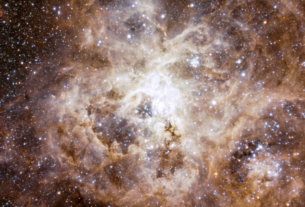