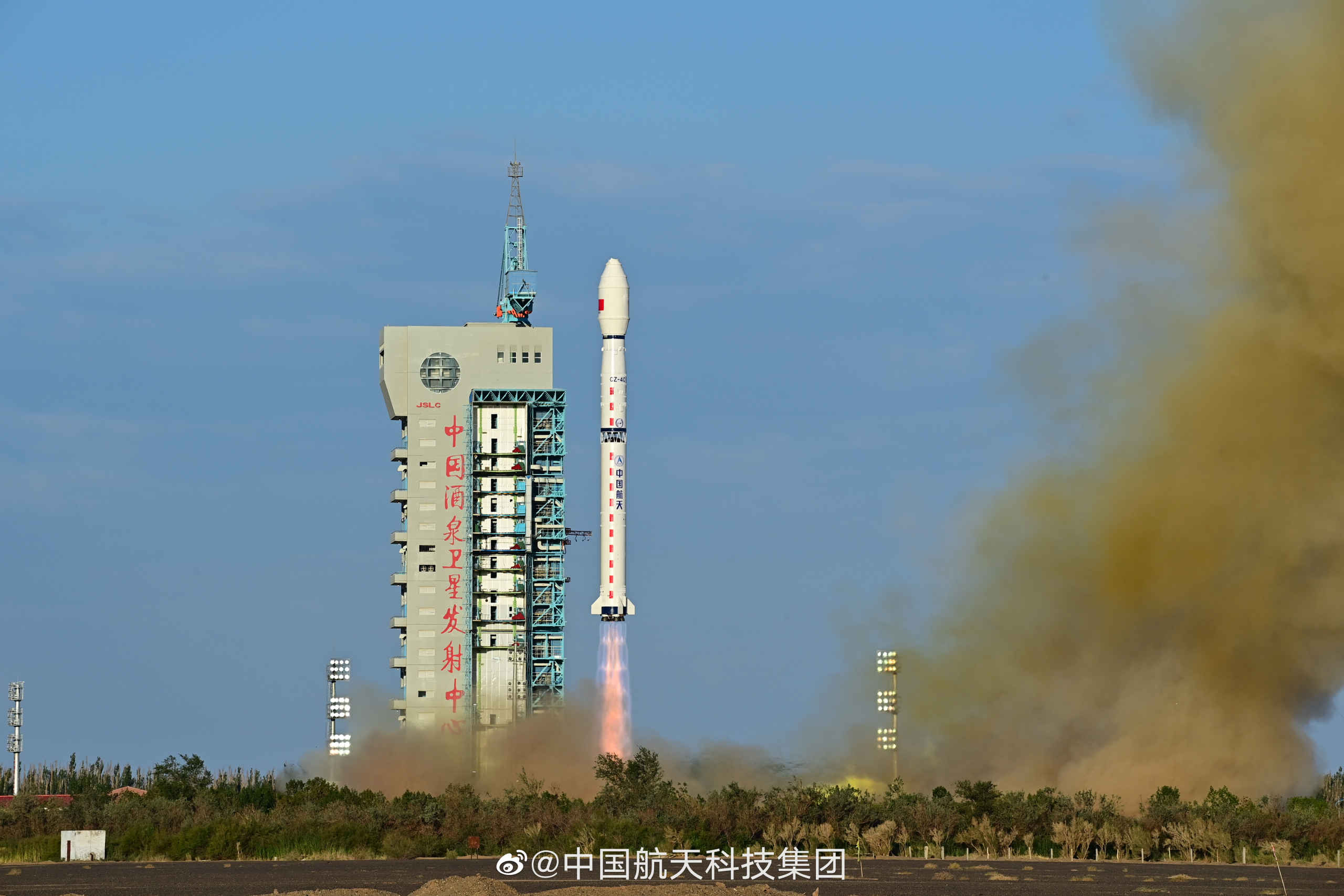 A few busy days are behind the Chinese space program. Not only did three orbital launches occur from China, but also, the Shenzhou-14 crew performed an EVA outside of the Tiangong space station. Additionally, a newly shared photo of the Chinese ZQ-2 rocket shows a close race against the American Terran 1 and Starship vehicles to be the first methane-fueled rocket in orbit.

On September 2 at 23:44 UTC, China conducted a Yaogan launch out of Jiuquan. The launch vehicle was a Chang Zheng 4C, which brings the Chang Zheng 4 family just seven flights away from the 100 launches milestone of 100 launches.

The satellite itself is part of the Yaogan Weixing line, which is similar to the “USA” and “Kosmos” satellites of the US and Russia, meaning they are classified military satellites that are officially labeled “remote sensing satellites.” This is also the official purpose that was given for this payload.

Because the satellite serves a military purpose, the real mission is secret. However, it is labeled for “scientific experiments, land resources surveys, crop yield estimation, and disaster prevention and relief.” This is common reasoning used for the Yaogan payloads.

Both the satellite and the rocket are constructed by the Shanghai Academy of Spaceflight Technology (SAST), which is part of the China Aerospace Science and Technology Corporation (CASC).

The payload was deployed into a 680 x 688 km Sun-Synchronous Orbit (SSO), which underlines the fact that the satellite is probably optical, as this orbit will allow the satellite to have comparable imagery of the same areas over time.

The Chang Zheng 4C was used for launch. It’s a three-stage rocket that can lift up to 4,200 kg to a low Earth orbit (LEO) and 2,800 kg to today’s SSO orbit. So far, this particular configuration has launched 45 times with two failures.

The rocket is an upgrade from the Chang Zheng 4B and was initially called Chang Zheng 4B-II. Later it was rebranded as Chang Zheng 4C, with the difference of a restartable upper stage and the capability to launch bigger payloads.

On September 6 at 02:24 UTC, the second launch took place with a Kuaizhou-1A rocket launching the CentiSpace-1 S3/S4 payloads from Jiuquan. The launch was confirmed a success and occurred nominally.

The payloads are two new test satellites. The first CentiSpace-1 satellite, S1, was launched in 2018 on the same rocket configuration, while the second payload failed on a Kuaizhou-11 in July 2020.

For this launch, the satellites are made by Future Navigation, a Beijing company. At least for the previous iteration, they used the WN-100 bus by CAS micro space as a platform and tested all kinds of navigation and satellite technologies, such as laser inter-satellite communication links. This is a similar communication technology to that being used on the SpaceX Starlink constellation.

The first generation of the satellite had a mass of 97 kg and went to a 693 x 705 km orbit with a 53.53-degree inclination. This is comparable to the orbit of the CentiSpace-1 S1 payload, which went to the same altitude, but had a different inclination.

The KZ-1A rocket is a solid-fueled small launcher, outfitted with three stages of solids and one liquid stage for the final orbital adjustments. It is built by ExPace, which is a government-owned company and subsidiary of the China Aerospace Science and Industry Corporation (CASIC).

This was the 17th launch of the KZ-1A rocket, with 15 of these being a success. The last launch of the company was only weeks ago, with the Chuangxin-16 payload, onboard the same rocket configuration, on August 23.

Only one hour and 55 minutes after the KZ-1A launch, a Chang Zheng 2D launched from Xichang with another Yaogan payload. The launch time was 04:19 UTC, and it was confirmed that three payloads were on the rocket.

These kinds of Yaogan triplets have been seen on previous launches as well, and so far it is not clear what they are used for. They went to a 500 km altitude orbit with a 35-degree inclination. The official use is the same as the 4C payload of the earlier launch—remote sensing.

This is the fifth time a group of Yaogan triplets was launched. The first one launched in November 2021, and the last one launched just weeks ago on the same rocket configuration. The satellites are built by DFH Satellite.

Its engines are fueled by nitrogen tetroxide and unsymmetrical hydrazine, which is a common fuel mix in early Chang Zheng vehicles of the CZ-2, CZ-3, and CZ-4 families.

On September 1, Chen Dong and Liu Yang conducted an EVA outside of the Tiangong Space Station, while Cai Xuzhe stayed on the station. They left the station at 10:26 UTC, and the EVA took until 16:33 UTC to be completed.  This was the first time the airlock of the recently launched Wentian Module was used to initiate an EVA, as well as the first time the five-meter-long remote control arm of the Wentian module was used.

#Shenzhou14 taikonauts went now out of space station for the first time! At 18:26, taikonaut #ChenDong opened the airlock door of the Wentian lab module. Later, Chen Dong and Liu Yang worked outside of the cabin, and Cai Xuzhe stayed in the cabin and was doing supporting work. pic.twitter.com/YaejKy1eDn

Part of the EVA was to install heat control pumps on the Wentian module, a wide-field panoramic camera, and a variety of other tasks. Part of the EVA was also to verify the function of the recently installed Wentian Airlock and test procedures for an emergency abort of an EVA.

ZQ-2 is a rocket built by the private company LandSpace, which is a methane-based medium-lift rocket that can lift up to 4,000 kg into orbit. It is not clear if the rocket at the pad is a pathfinder or the actual flight prototype, but a recent picture posted by the company suggests that it might be the actual flight hardware.

Interestingly the pathfinder rocket is still led by the hangar. So either this footage is old, they have another pathfinder, or this is the real thing? pic.twitter.com/8LeuONCisK

Because the first pathfinder is visible on satellite imagery at a different location, it either has to be a second pathfinder or the actual flight rocket.

The rocket is in a close race with Relativity Space’s Terran 1 and SpaceX’s Starship to be the first methane-based rocket in orbit. The launch of ZQ-2 is not expected to occur any earlier than October.

The post China launches twice in under two hours and conducts spacewalk appeared first on NASASpaceFlight.com.