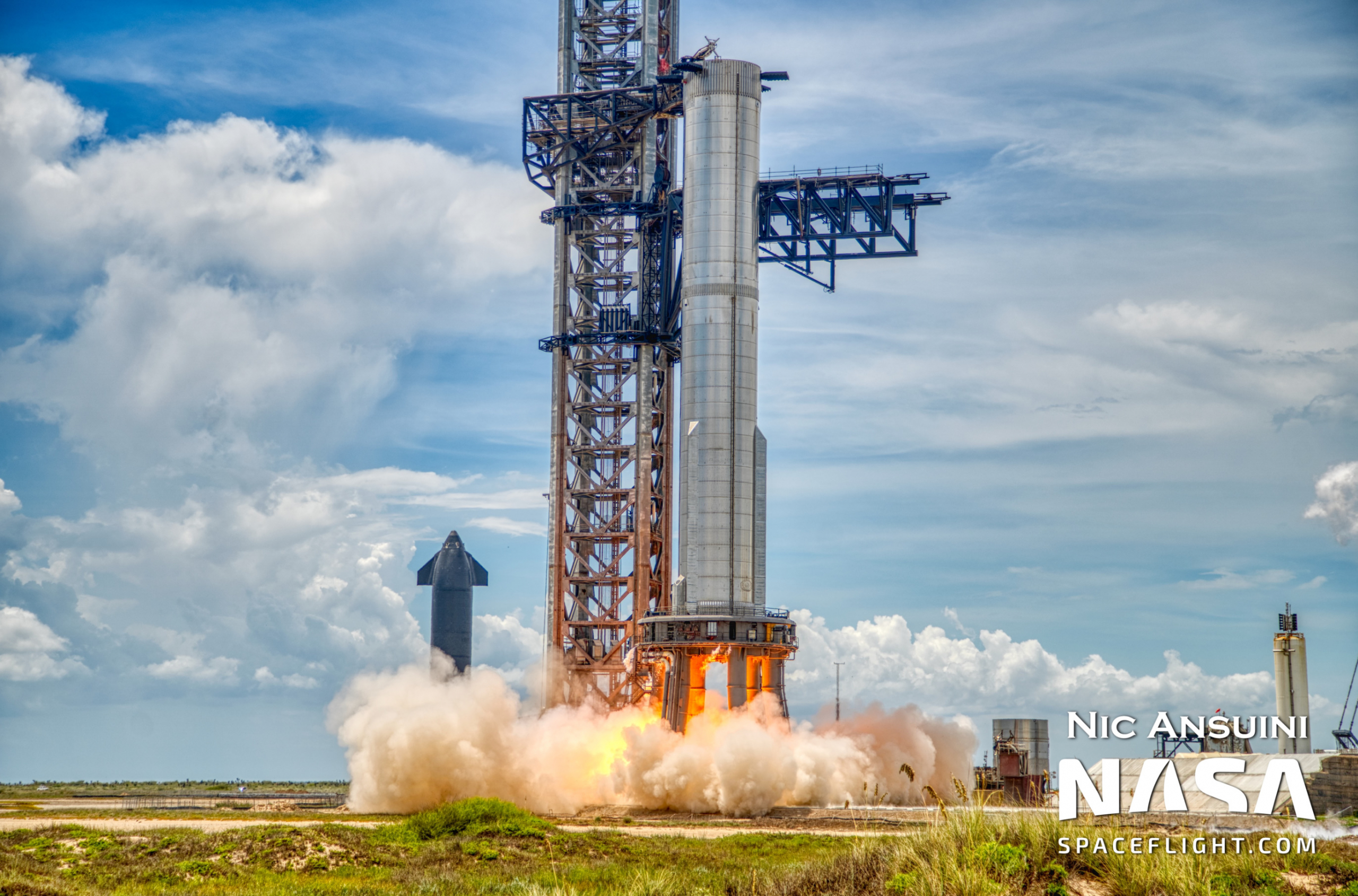 Booster 7 – following two single-engine static fire tests on the Orbital Launch Mount (OLM) – is back inside the Mega Bay for further engine installation in preparation for continued static fire tests later this month. The vehicle is likely ready to roll but awaits preparation work at the launch site for its next testing phase.

Starship continues to press towards an orbital launch attempt, possibly this year, while SpaceX is already deep into future planning with its vehicles and launch sites, such as at the Kennedy Space Center’s 39A. Starship also won a launch contract, with Superbird-9 assigned to a 2024 launch.

While it was expected Ship 24 would complete its static fire campaign with a six-engine test, that milestone remains outstanding. Booster 7, however, moved forward with two tests, both involving one Raptor 2 engine.

Booster 7 became the focus after Elon tweeted, “hustling to get Starship Booster 7 back to pad to test outer ring of 20 engines”. This change of plans would set the stage for a rollout of Booster 7 later that day.

The rollout was expected to be capped off by a chopstick lift. However, as the vehicle approached the tower arms, a hydraulic failure occurred, resulting in the spill of hydraulic fluid down the tower and to the equipment nearby.

This would delay the installation of Booster 7 on the OLM by a day which was eventually performed via SpaceX’s LR11000 crane staged at the launch site.

Another test occurred on the 11th, this time with Musk tweeting some details of the latest milestone just moments beforehand.

Booster 7 static fired one of its engines for 21 seconds, a record firing time for any Raptor engine while being held down on a mount at Starbase. The test appeared to go as planned, with ground crews removing the booster off the OLM the following day ahead of rollback to Mega Bay.

While at the Mega Bay, SpaceX teams have been preparing Booster 7 for further static fire testing via the installation of the inner 13 engines, bringing the Booster back to its full 33-engine set.

Based on Musk’s Twitter video on the day Booster 7 arrived at the Mega Bay, workers were already starting to remove one of the outer engines, this and another one of the engines need to be removed – along with their shielding – so that the inner engines can fit under the booster transport stand.

However, on a view that NASASpaceflight’s Nic Ansuini took of the engine section a few days later, those two outer engines are back on the vehicle, indicating that all inner engines are now finally back on Booster 7.

Booster 7 in the Mega Bay – via Nic (@NicAnsuini) for NSF.

Since then it’s been a waiting game, with Booster 7 peeking out of the Mega Bay, holding for its ride back to the launch site.

Notably, during this period workers at the launch site have been repairing and upgrading pad systems for upcoming testing as well as future flight plans.

On the Orbital Launch Mount, new pipes have been installed for what is believed to be a new engine chill system. As previously reported, it is believed that the main reason there was a high concentration of methane in the air under Booster 7 during the July 11 incident, was due to engine methane bleed during engine chilldown.

This new set of pipes debuted first during the spin prime and static fire tests performed by Booster 7 on the week of August 8, but further work has been ongoing for the past few days.

While these pipes may help SpaceX test Booster 7 later this month with all engines installed, it does seem like this system is not intended for use during launch as it needs the engine shields to be removed for these pipes to access the locations of the engine bleed system.

From what sources indicate, SpaceX may well have had the system to recapture these vapors of methane from the engines, but had not yet fully employed it due to the immatureness of the ground systems to reliably conduct this process.

This adds stock to the value of ground testing, with the upcoming Booster 7 tests still holding the potential to tweak the design of the pad systems before any orbital launch can occur from Starbase. Before the static fire testing of Booster 7, teams were internally targeting the end of September for this flight, which now may be too ambitious.

Once Booster 7 does arrive back at the launch site, there’s hope the chopsticks will be back in action for the lift. The hydraulic system was repaired over the past couple of weeks and it is now working again. This was evidenced by the arms moving to one side just a few days ago which couldn’t even be possible with a malfunctioning hydraulic system.

Workers have also been seen installing pistons, which will also help the actuators move the rails up ahead of a catch attempt and, once the booster has landed and its position has been centered, help lower the rail for installation of the booster back on the OLM or transport stand.

While the focus is on Booster 7 and Ship 24, SpaceX is making progress on later vehicles as well. Ship 25’s lower tank section was stacked on the engine section inside the High Bay earlier this month.

Ship 25’s nosecone was then moved to the High Bay on the early morning of August 13 and stacked on the payload bay section later that day. The nosecone plus payload bay section stack was then welded on top of the ship’s forward dome on August 18. All that is left now for the teams to finish the main structure of Ship 25 is to weld these two big halves together.

While all of this is happening, workers have been seen doing unusual work on future Starship vehicles and more concretely on Ship 26.

Workers were seen removing Thermal Protection System (TPS) tiles and blankets from Ship 26’s nosecone, while some of its barrel sections, which were supposed to receive the installation pins for the TPS tiles, are already staged outside in the ring yard ready for stacking.

While there has not been any official reason provided, some indications point to SpaceX trying to fast-track Ship 26 and Ship 27 builds by not installing TPS tiles or even flaps in order to quickly deliver Starlink v2 satellites into orbit, which the company may need in order to accelerate deployment once Starship proves itself worthy of going into orbit.

This, as all plans at Starbase, could always change at some point in the future.

Meanwhile, Booster 10’s forward and aft domes were sleeved, ahead of receiving plumbing and hardware for upcoming stacking in the Mega Bay.

A new elliptical dome was seen marked as “SN28” likely indicating this new dome was penciled in for Ship 28. This marks the first confirmed Starship vehicle to be using the new stretched-formed dome design which will improve the overall tank volume and performance of Starship.

Over in Florida, expansion is still ongoing with the facilities and structures for Starship located around the Kennedy Space Center.

Start your weekend off right with a flyover, and get caught up on all the happenings at the Cape!

The Starship Launch Tower has now received a sixth tower section and a seventh tower section has rolled out to the pad, although it hasn’t yet been stacked on the tower.

Progress continues at the 39A launch site tank farm with teams now installing the bottom section of what’s expected to be a new cryogenic tank near the base of the launch tower. Work on the former hydrogen sphere appears to be wrapping up and groundwork continues to the north for potential methane tank farm expansion.

KSC with the changing skyline of 39A – via Julia Bergeron (@julia_bergeron) for NSF.

At Roberts Road, the last two pieces of the Starship Launch Tower are well under construction. Section 8 of the tower also appears to be getting ready for rollout in the coming weeks. The Mega Bay foundations are finished and work will soon begin to start raising the structure of the building

The Starship factory is rapidly expanding to the south with the floor and roof coming together at a steady pace, including some painting as well.

North of the factory, the chopsticks have been turned on their side for rail installation and other related work. The Ship QD arm also appears to be now completed and scaffolding has been removed.

In other news, SKY Perfect JSAT announced on August 18 that they had selected SpaceX’s Starship vehicle to launch the Superbird-9 communications satellite to Geostationary Transfer Orbit (GTO).

This is Starship’s first launch contract for a GTO communications satellite, a deal that firmly puts the rocket in the upcoming launch market and marks SpaceX’s desire to slowly retire Falcon 9 and Falcon Heavy.

While a launch location isn’t specified in the press release it would be reasonable to think this satellite may be launched from SpaceX’s Starship pad at Launch Complex 39A as Elon has indicated recently that Starbase would likely be used in principle for R&D flights.

This contract will provide some insights into Starship’s payload bay designs, such as a payload bay door, a new deployment system, and a new payload installation and processing system.

Reflecting on the future 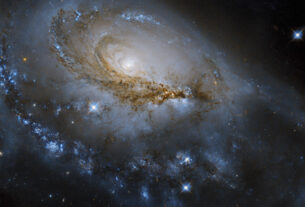 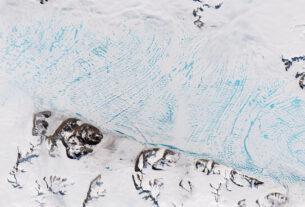 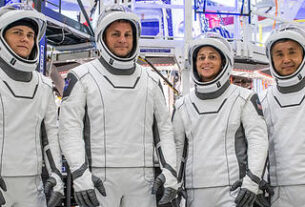