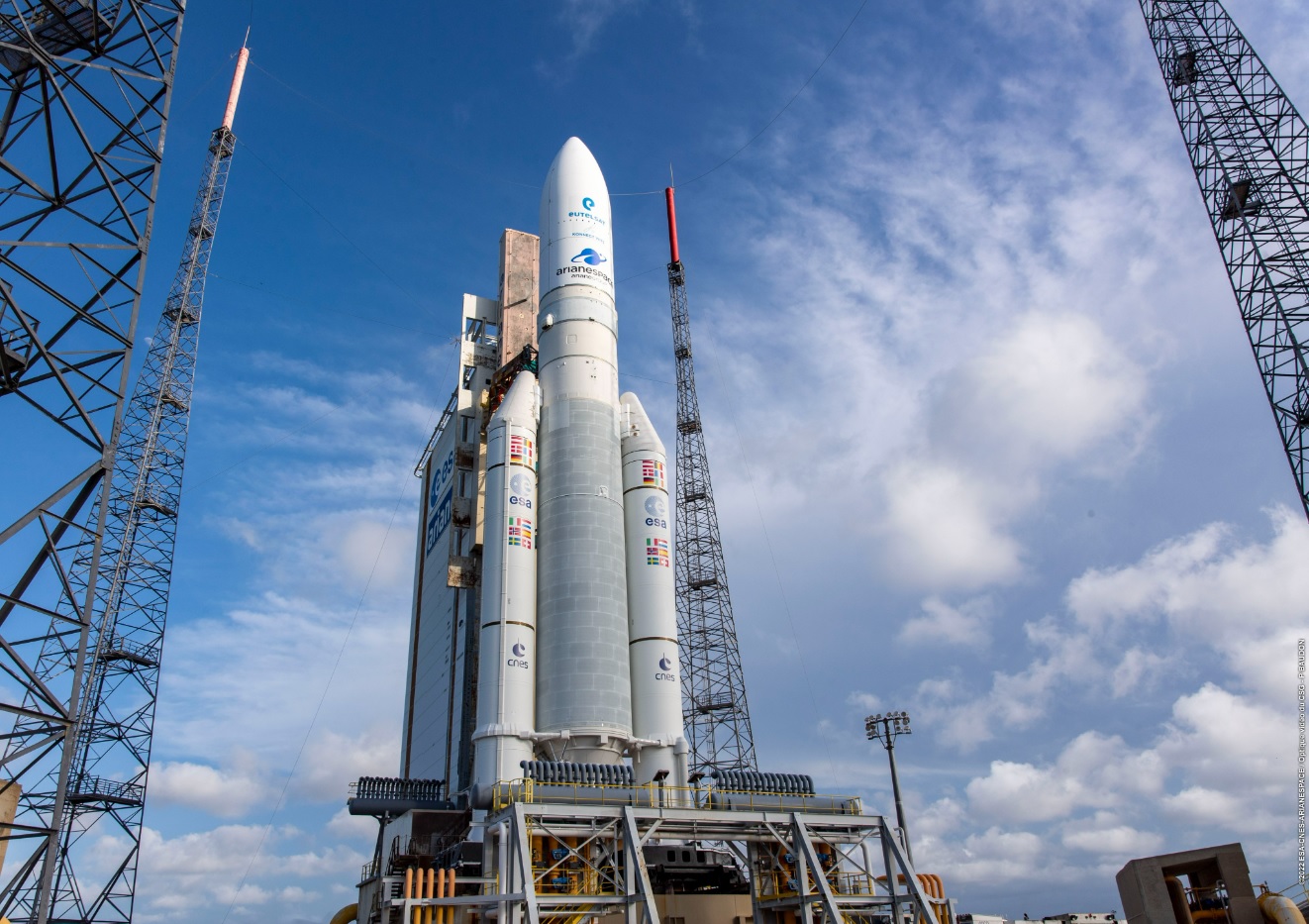 Europe’s Ariane 5 rocket will return to action on September 7, deploying a high-power communications satellite for French operator Eutelsat. Liftoff from the Centre Spatial Guyanais in Kourou, French Guiana is scheduled for 6:45 PM local time (21:45 UTC) at the opening of an 86-minute launch window.

The satellite will also support in-flight internet access for airlines and unspecified communications services for the government of France.

The Konnect VHTS satellite was built by Thales Alenia Space in partnership with the French space agency, CNES, and the European Space Agency. It is based on the Spacebus Neo platform, massing around 6,400 kilograms and measuring 8.8 meters in length. Konnect VHTS marks the largest communications satellite that Thales has built to date.

The satellite incorporates an electric propulsion system which will initially be used to maneuver it from the deployment orbit onto its station in geostationary orbit. It will then use its thrusters to keep station over the course of its planned 15-year lifetime.

Konnect VHTS has a Ka-band communications payload with reflectors up to 3.5 meters in diameter. It also features an advanced processor system that will be used to dynamically allocate the satellite’s communications capacity.

Eutelsat is primarily targeting its satellite internet offerings to fixed-location users. The Konnect VHTS satellite has an instantaneous transfer rate of 500 gigabits per second. However, geostationary satellites suffer from higher latency than low Earth orbit systems such as Starlink due to the extra time taken for signals to reach the satellite and be transmitted back to Earth.

Geostationary satellites offer the advantage of allowing regional coverage with a single satellite and global coverage with a small fleet, compared to the constellations of dozens, hundreds, or even thousands of spacecraft needed for low Earth orbit systems. They also remain in the same position in the sky relative to a fixed user.

Arianespace will launch the Konnect VHTS satellite for Eutelsat, continuing a partnership that began in 1983 with the launch of European Communications Satellite 1 (ECS-1) aboard the sixth Ariane 1 rocket. ECS-1 was the first satellite to be launched for the European Telecommunications Satellite Organisation — as Eutelsat was then named — which is an intergovernmental organization (IGO). Eutelsat’s operations were privatized in 2001, though the IGO continues to provide oversight of its operations.

The Eutelsat Konnect VHTS satellite will be the 37th spacecraft that Arianespace has launched for Eutelsat. The mission will use an Ariane 5 rocket, flying from the Centre Spatial Guyanais (CSG), or Guiana Space Centre, in Kourou, French Guiana.

The Ariane 5, a workhorse of the European Space Agency and the commercial launch market for over two decades, is rapidly approaching retirement with only three launches remaining after this mission.

First flown in June 1996, Ariane 5 was a clean-sheet replacement for the previous-generation Ariane 4, which had been an evolution of the preceding Ariane 1, 2, and 3 series. Ariane 5 has evolved over its many years of service, with the final launches using the Ariane 5ECA+ configuration, which offers an increase in payload capacity of almost 50% to geostationary transfer orbit compared to the original Ariane 5G.

Wednesday’s mission is designated VA258 and marks the 114th flight of the Ariane 5. Of the preceding 113 missions, Ariane 5 has completed 108 successfully with two failures and three partial failures — although most of the less-than-successful launches occurred early in its career. Both outright failures occurred on maiden flights: the first flight in 1996 was cut short by a guidance software error, and the debut of the upgraded Ariane 5ECA configuration in December 2002 suffered a first-stage engine failure.

The only blemish on Ariane 5’s record since 2002 was a partial failure in January 2018, when VA241 was launched on the wrong heading after the vehicle’s inertial reference systems were aligned incorrectly prior to liftoff. This left the two satellites aboard VA241 in a more highly inclined orbit than had been planned, requiring them to use their own propulsion systems to correct the orbit. The rocket otherwise performed perfectly, but the anomaly ended a run of 82 successful launches. Since this incident, and prior to this mission’s launch, a further 16 Ariane 5 missions have been conducted successfully.

Ariane 5 ahead of the launch of the James Webb Space Telescope in 2021. (Credit: Chris Gebhardt (photo) and Nathan Barker (edit) for NSF)

Ariane 5 is a two-stage rocket, with a cryogenic-propellant first stage augmented by a pair of large solid rocket boosters. On the ECA and ECA+ models, Ariane 5 also uses a cryogenic second stage — with the ECA+ using a version that is stretched slightly compared to the ECA — instead of the hypergolic-propellant upper stage flown on earlier versions of the rocket.

Wednesday’s mission makes use of an Ariane 5ECA, as will all three future missions of the rocket.

The launch is a rare single-satellite mission for Ariane 5, with the majority of its geostationary launches carrying pairs of satellites stacked using a special adaptor known as the SYLDA. The last time Ariane 5 launched a single satellite to geostationary orbit before this mission was March 2016, when an Ariane 5ECA carried another Eutelsat spacecraft — Eutelsat 65 West A — into orbit.

In preparation for its launch, Eutelsat Konnect VHTS left Thales Alenia Space’s facility in Cannes, France, on July 18th. Two days later, it set sail aboard the cargo ship MN Colibri. The launch campaign began in Kourou on August 2nd, when work to assemble the Ariane 5 rocket commenced in the Launcher Integration Building, or BIL.

On the same day, the Colibri docked in the port of Pariacabo, southeast of the launch site, to deliver its cargo. After being moved to a cleanroom, fueling of the satellite took place between August 16th and 17th. On August 18th, Ariane was moved from the BIL to the Final Integration Building, or BAF.

The process to mount Eutelsat Konnect VHTS atop Ariane 5 began on August 22nd, when the spacecraft was installed on the launch vehicle adaptor. This was then mated to the second stage of the rocket on August 26th and encapsulated within the payload fairing the following day. With the rocket’s assembly completed, the next few days saw a dress rehearsal of the launch conducted and the rocket armed for flight. Rollout to the launch pad took place on September 5.

All Ariane 5 launches take place from Ensemble de Lancement Ariane 3 (ELA-3), a launch pad that was purpose-built for the rocket prior to its 1996 debut. The rocket’s mobile launch platform includes an umbilical service tower providing connections to the rocket, which interfaces with a fixed service tower at the pad. ELA-3 also features structures to protect the rocket from lightning and deflect the rocket’s exhaust.

With the rocket in place at the launch pad, final preparations for the countdown began. During the countdown, the rocket undergoes checkout operations to ensure it is ready to fly, and propellants are loaded into its first- and second-stage tanks. Ariane 5ECA+ burns liquid hydrogen and liquid oxygen, which must be kept at very cold temperatures, so the rocket must be fueled in the hours immediately before launch and topped off continuously as propellants boil off.

The countdown clock will proceed toward H0 — the equivalent term to T0 for Arianespace launches. About six seconds before this mark is reached, the two yellow arms used to fuel the second stage will retract. At H0, the first stage’s Vulcain-2 engine will begin its startup sequence, igniting shortly afterward and coming up to its liftoff thrust. At H+7 seconds, provided the Vulcain is running as expected, the twin solid rocket boosters will ignite, and Ariane will lift off.

Ariane will pitch downrange, flying East from Kourou to aim for its planned supersynchronous transfer orbit. The first stage and boosters — designated EPC and EAP respectively — will burn together during these early phases of flight as the rocket accelerates and climbs through the dense lower regions of Earth’s atmosphere. The boosters will burn out and separate about two minutes and 20 seconds after liftoff, with the rocket at an altitude of about 68 kilometers.

About a minute after booster separation, the rocket’s payload fairing will also be jettisoned. The fairing protects the satellite from aerodynamic forces during the climb through the atmosphere, but by this point in the flight Ariane will be about 111 kilometers in altitude and the fairing’s work will be done. Its separation helps to reduce the mass of the rocket and will expose Eutelsat Konnect VHTS to space for the first time.

The first stage burn will conclude with stage separation, expected to occur at eight minutes, 42 seconds mission elapsed time. The first stage engine will shut down a few seconds before separation, beginning a brief coast that will end when the upper stage, ESC-D, ignites its HM-7B engine about four seconds after separation. The ESC-D does not have a restart capability, so it can only perform a single burn. This will last for over 16 minutes, ensuring that the satellite is placed into its planned transfer orbit.

And if you zoom in, for those who like the details, ESC-D FM 80 pic.twitter.com/7HC1kqAyRR

Spacecraft separation is expected to occur 28 minutes and 46 seconds after liftoff, with the satellite targeting an orbit with a perigee — the point closest to Earth — of 250 kilometers, an apogee of 60,351 kilometers, and an inclination of 3.5 degrees relative to the equator. This is a supersynchronous transfer orbit, meaning that the apogee is significantly higher than the geostationary orbit in which the satellite will eventually operate. Though it may sound counterintuitive, such an orbit helps to reduce the energy needed for upcoming orbit-raising maneuvers the satellite will perform.

After separating from Ariane 5, Eutelsat Konnect VHTS will take about eleven months to complete orbit-raising, checkout, and commissioning before it is ready to enter service.

With the end of the Ariane 5 program and the transition to the next-generation Ariane 6 rapidly approaching, Wednesday’s launch may be the last time the rocket flies a single spacecraft to a geostationary or supersynchronous transfer orbit. One of its three remaining launches will carry the European Space Agency’s Jupiter Icy Moons Explorer (JUICE) on the first leg of its journey to Jupiter, while the two others are expected to be commercial launches to geostationary transfer orbit.

The first Ariane 6 launch is currently slated to fly no earlier than next April. This will build on the success of the Ariane 5 with a lower cost, modernized, and more versatile design. Its first flight is expected to carry a mass simulator as its primary payload, along with a collection of small satellites as rideshares.

(Lead image: Ariane 5 on the pad before launch. Credit: ESA) 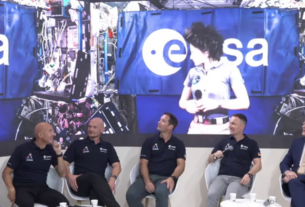 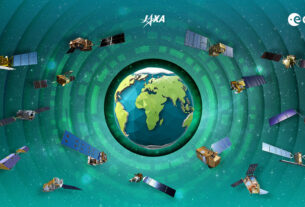